Finding Answers to What Makes Up an Atom? Your Search Ends Here

Atom is the fundamental unit and building block of an element. Atoms initiate the reactions and important life processes that occur in and around us.

Home / Uncategorized / Finding Answers to What Makes Up an Atom? Your Search Ends Here

Atom is the fundamental unit and building block of an element. Atoms initiate the reactions and important life processes that occur in and around us. 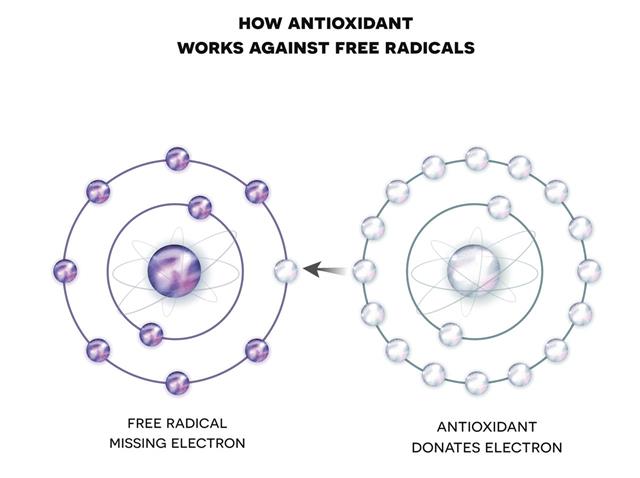 Atom is the basic unit of any substance that occupies space and has a definite mass and volume. An atom is made up of three major sub-atomic particles namely protons, electrons and neutrons. The electrons form a cloud around the nucleus and are bound to the nucleus by electromagnetic forces. At the center of an atom is a nucleus that contains the protons and the neutrons, collectively called the nucleons. The nucleons are made up of particles called quarks which are held together by a strong force which is arbitrated by gluons. An atom does not have a definite structure and boundary. Here, we shall try to take a brief look at each particle and understand its role in the atom.

Discovered by J.J.Thomson in 1897, an electron is the lightest subatomic particle which is bound to the nucleus by the force of attraction between the negative electrons and positively charged protons. Most of the atom is empty space in which the electrons orbit around the nucleus and try to attain a stable state. Electrons play a significant role in many physical phenomena like electricity, magnetism and thermal conductivity.

A neutron has no or neutral charge and in 1932, an English physicist James Chadwick discovered that it is located in the nucleus. A neutron is further made up of fundamental particles called quarks. It is made up of 1 up and 2 down quarks. These quarks carry a fractional value of charge and hence determine the charge of the particle.
1 up quark = charge ⅔ e and down quark = charge – ⅓ e.
Therefore the charge on a neutron = ⅔ + (-⅓-⅓) = 0.
Thus, a neutron has no charge.

The number of protons present in the nucleus of an atom is known as the atomic number of an element. The mass of an atom is concentrated in the nucleus which consists of protons and neutrons. The mass of protons and neutrons is almost the same, however it is 1836 times heavier than an electron. The positive charge between the protons causes them to repel each other. A strong nuclear force holds the protons together. This force is exerted by the presence of 2 up and 1 down quark in the proton.
Charge on the proton = 2(⅔) +(-⅓) = 1.
Thus, a proton acquires the positive charge.

More About the Amazing Atom

An atom is present in all the three states of matter i.e. solid, liquid and gaseous. The characteristics, properties and the reactions that take place in nature are all due to these tiny, invisible particles. The sharing and exchange of electrons takes place to form new compounds. Some unique characteristics and interesting facts of an atom are discussed below.

► Tremendous amount of energy is released when an atom is split, known as nuclear fission, and this characteristic is used in atomic bombs and nuclear reactors. 13% of the world’s electricity is generated by nuclear power plants.

► A combination or fusing of two atoms, called nuclear fusion, also generates a tremendous amount of energy. This process of nuclear fusion occurs in the stars, including the Sun, wherein the energy released is three to four times greater than nuclear fission.

► An interesting fact is that atoms can be made or synthesized in the lab. The elements with atomic numbers above 92 are radioactive and man-made but they are extremely unstable and last anywhere between a few milliseconds to a few seconds, some can last longer though.

► The highest atomic number 118 belongs to the element Ununoctium. It is man-made and radioactive. The heaviest naturally occurring element is Uranium with an atomic number 92.

► If an atom is positively or negatively charged which occurs due to give and take of electrons, then it becomes an ion. For example, hydrogen ion has a positive charge and no electrons are present in it. Chlorine ion has a negative charge due to the presence of an extra electron.

The study of the structure of an atom led to many discoveries and inventions. It revolutionized science and found many interesting applications in all its branches, ranging from the field of medicine to human interaction to space and astronomy. Today, even though we know that atoms are divisible into sub-atomic particles, however they are an indivisible and inseparable part of our life.