An Introduction: What is a Plasma Ball and How Does it Work?

Plasma balls are a fun accessory to have in your room. Not only do they add an eerie beauty to the atmosphere, you can also use them to perform some pretty neat tricks. However, have you ever wondered how these amazing devices work, and why they emit such strange colors of light. Let us find out.

Home / Uncategorized / An Introduction: What is a Plasma Ball and How Does it Work? 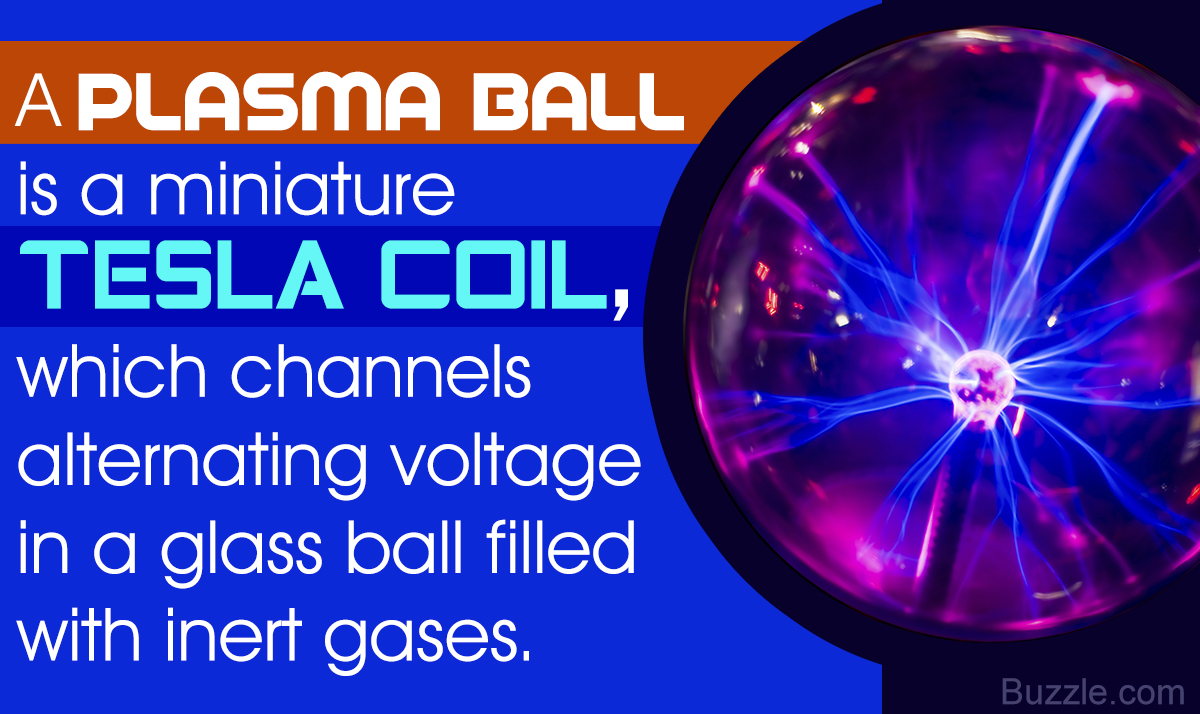 Plasma balls are a fun accessory to have in your room. Not only do they add an eerie beauty to the atmosphere, you can also use them to perform some pretty neat tricks. However, have you ever wondered how these amazing devices work, and why they emit such strange colors of light. Let us find out.

The first plasma lamp was invented and patented by Nikola Tesla in 1894. It was named ‘Inert Gas Discharge Tube’. However, commercial production of this product did not begin until James Falk marketed the modern version of a plasma ball in the 1970s.

A plasma ball, also known as plasma globe/sphere/dome/tube/orb, etc., is a decorative ball of glass filled with noble gases in a partial vacuum that has an high-powered electrode in its center. The electrode emits tentacles of bright light which extend up to the glass sphere surrounding it.

Plasma lamps are primarily used as toys or decorative items that is truly eerie to look at. One may also perform a wide variety of lighting effects and tricks, by moving their hands around the sphere. Sometimes, school labs use these plasma balls to demonstrate science experiments. Despite not being used for general lighting purposes, some manufactures have turned these devices into night lamps, that are compatible with an ordinary electric socket. Let us look at the processes that take place inside a plasma ball to make the tentacles of beautifully colored light dance within the sphere.

How Does a Plasma Globe Work

Plasma balls are a sort of miniature Tesla coil. When you turn the device on, a high alternating voltage is passed through the electrode, which makes the electrons in the coil of wires in the electrode oscillate at a very high rate (around 30 kHz), eventually making the electrons from the gases to fall off. This leaves positive ions, which give the gases beautiful colors. Due to the partial vacuum inside the ball, the electric tentacles can be seen easily. Normally, the electric current is invisible. However, the ions of the noble gases react to the outflowing electrons, causing them to glow in various colors depending on the type of gas, by emitting large numbers of photons.

Modern plasma balls are manufactured with a mix of various noble gases such as xenon, neon, and krypton. With various shapes in the glass globes, computerized circuits, and the gas combinations, the plasma balls can create electric tentacles that create various shapes and patterns in different colors. You can also find USB plasma balls which are powered from the USB port of for computer. They are a safer version, due to the low current from the PC. However, the voltage is still very high, and can cause harmful EMF radiation.

Plasma balls are high voltage devices. Therefore one has to take precautions while using them.

Safe Plasma Balls Tricks In case you are wondering what to do with a plasma ball, we have provided a list of tricks that you can try out and amaze your family and friends. It is important to note that to ensure your safety from electric shocks and fires while performing the following tricks, adequate precautions have been taken.

Apart from the fun tricks give above, plasma spheres can be used in a lot of experiments. So, if you are interested in the physics of electricity and light, the plasma ball is a good place to get started. Best of luck!