Here are the Types of Underground Mining and Their Applications

The method to be used for underground mining depends on the concentration of ore, strength of the surrounding rock, and the various risks involved. ScienceStruck explains what these methods are, with the applications of each one.

The method to be used for underground mining depends on the concentration of ore, strength of the surrounding rock, and the various risks involved. ScienceStruck explains what these methods are, with the applications of each one. 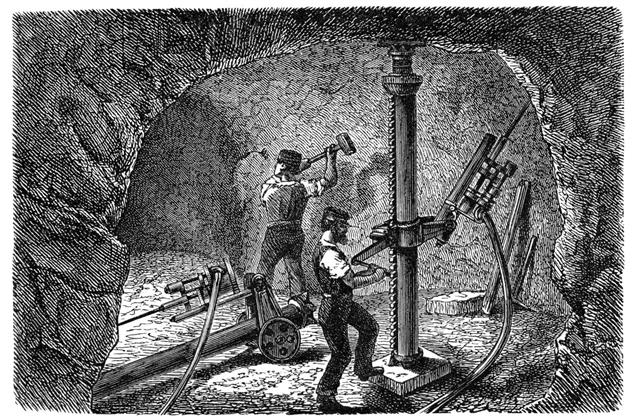 The world’s deepest mine is the Mponeng gold mine in South Africa, which extends to a depth of almost 2½ miles below the Earth’s surface.

Mining is a process of extracting minerals and metals from the Earth. These materials occur in their impure form, called ‘ores’, which are concentrated in certain regions in the form of ‘deposits’. These deposits usually occur beneath barriers like a rock layer, forests, or oceans, which makes accessing them difficult. Depending on how these ores are extracted, mining methods can be categorized as ‘surface’ or ‘underground’ types. In surface mining, the rock barrier on top of the deposit is removed to access the ore. However, sometimes, such deposits occur too far below to access them from the surface. In such cases, they are extracted by leaving the overlying rock intact, and accessing the deposit directly from below. This method is called underground mining, whose types are explained below.

In this method, mining is carried out in an ore deposit, leaving behind some of the ore in the form of columns to support the roof and prevent it from collapsing. Thus, it results in the formation of spaces called ‘rooms’, where the ore is excavated with ‘pillars’ of ore distributed throughout. When the ore bed is completely excavated, these pillars can be harvested for additional ore; a process called ‘retreat mining’.

In this technique, ore is excavated in horizontal slices, after which, the stope (mined-out space) is filled with waste rock and cement (called a back fill). This back fill helps support the overlying rock, and prevents it from collapsing, thus ensuring the safety of the miners and equipment, besides allowing proper ventilation. Moreover, it also helps provide a working surface for the miners to excavate higher sections of the ore deposit.

In this mining technique, a series of horizontal tunnels, or sub-levels, are excavated one above the other, to access different levels of a vertical ore deposit. At the bottom of the stope is a haulage tunnel, which is used to transport ore that collects at the bottom. Tunnels located near the bottom are used to drill and blast the ore, and when the roof of the deposit cannot be accessed anymore, another tunnel is excavated above this one.

Similar to sub-level stopping, this technique is carried out in vertical ore deposits. However, in this case, the blasted ore is allowed to deposit at the bottom of the stope, and this forms a working surface for excavation at higher levels, and also supports the stope walls.

This method derives its name from the fact that the muck (fragmented ore) at the bottom tends to occupy a large volume, so it is ‘shrunken’ by removing some ore at regular intervals. The ore is allowed to accumulate till there is no space between the muck and the roof, when it is finally collected.

Long-wall mining is a method in which a ‘long’, horizontal ‘wall’ of ore is excavated from one of its faces. This wall is usually several miles long and hundreds of meters wide. Excavation usually begins from the ore face opposite the entryway, and artificial support is provided to the excavated space (stope). These supports are gradually pulled out as excavation proceeds, so that the overlying rock collapses from the farthest side of the miners.

Block caving is a technique in which the weight of the overlying rock is itself used to fracture an ore deposit into small pieces, which can then be collected.

In this method, a large ore deposit is divided into different sections, or ‘blocks’. The rock below each block is accessed and blasted, to create fractures and weaken the stability of the whole structure. The rocks surrounding the ore block give way, and exerts thousands of tons of force on the block, cracking it into small fragments, which are then collected from the bottom where they accumulate.

This method involves making a series of horizontal channels or ‘sub-levels’, called ‘drifts’ in the ore body. Excavation occurs first in the topmost channels, and the empty spaces (stope) created by mining are not back filled. This causes the host rock to continuously exert pressure on the ore, causing it to collapse at the bottom of the stope, from where it is collected by making newer sub-levels.

It is widely believed that surface mining is more productive than most underground mining methods, with the exception of block caving, which has a comparable rate of productivity.