Examples of Sociological Imagination to Help Unfold the Concept 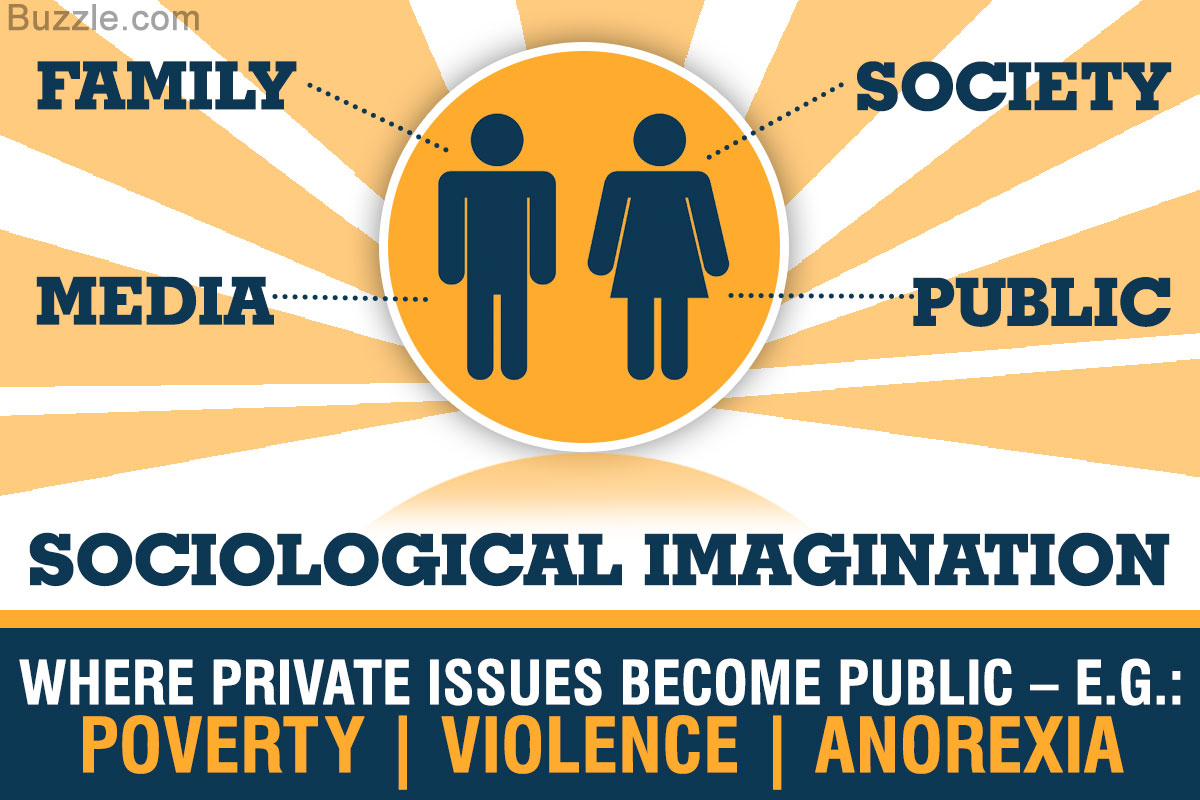 Sociological imagination is one of the interesting concepts in sociology that interlinks the personal and social lives of people.Certain comprehensive examples can help you connect with the term in a better manner.

“Neither the life of an individual nor the history of a society can be understood without understanding both.” ― C. Wright Mills

In 1959, “C. Wright Mills”, released a book titled “Sociological Imagination”, in which he introduced a new concept to social sciences by the same name as his book. In this book, he provided a new perspective on how to analyze society. The ability to see the relationship between large-scale social forces and the personal actions of individuals was named as ‘sociological imagination’ by Mill. In his own words, “it is the capacity to shift from one perspective to another…the capacity to range from the most impersonal and remote transformations to the intimate features of the human self―and to see the relations between the two.”.

In short, social imagination is all about determining the relationship between ordinary lives of people and the wider social forces. Given below are three different examples, that would unfold the concept clearly for your understanding. 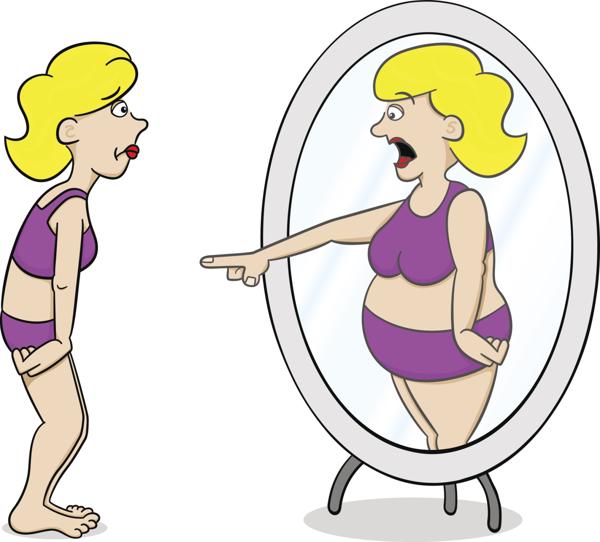 A girl tries to lose weight to look desirable according to the perception of the society.

We will start with a simple and common example. Imagine there is a girl who wishes to look thin and fair, but somehow she cannot achieve this look. Now, this girl goes into a chronic depression and suffers from an inferiority complex. In order to be thin, she becomes anorexic and experiences severe health problems. Now, if we see this case in isolation, we will think that it’s her personal problem ,and she is spoiling her life on her own. But if we apply sociological imagination, we would realize that it’s the obsession of society in general for the fair skin and thin body that has indirectly affected this girl. It is the media that represents society, portrays beautiful, and desirable girls as thin and fair. This kind of representation affects many people directly or indirectly as it happened in case of this particular girl. If only few girls suffered from anorexia in society, then we could have called it an individual or personal problem. But when many girls suffer from a similar problem, then it becomes a social issue where stereotypical attitude towards women and social media needs to be scrutinized. 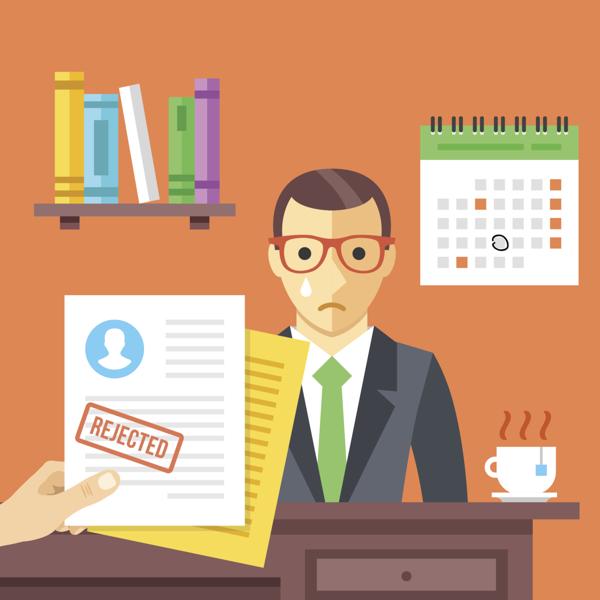 Let’s take a look at another prominent example. Suppose, there is a boy who is unable to find employment and is burdened with a loan that he needs to pay back. He tries very hard to get a job, but fails. Now, he joins the mafia and engages in illegal and criminal activities. If you analyze this case individually, then you may say that this boy did not try hard enough to get a job and resorted to illegal activities to gain easy money. But if you see this case with the sociological imagination perspective, then you would see that the larger forces such as, economic meltdown, unemployment, the lack of regulation in the sub prime mortgage industry, etc., had a direct impact on the life of this guy. We could have blamed the personal character of the individual if very few guys went through the similar situation. But when there is a significant number of youth facing the same problem, then it becomes a social or public problem where government policies about employment and banking needs to be looked at. 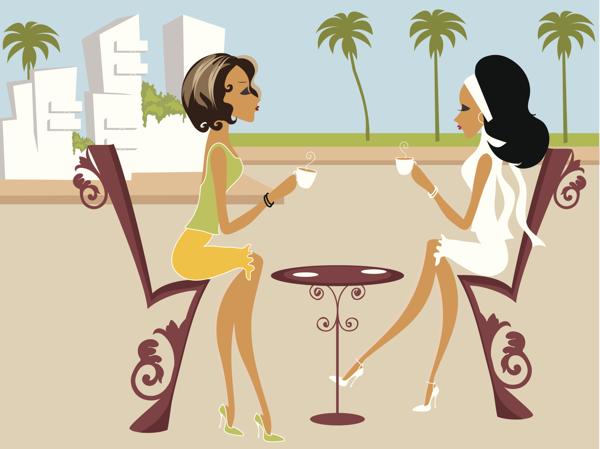 Coffee meetings are an excuse to chat than drink coffee

The simplest of all examples would be drinking coffee. Now you may say that it is not just any drink, but also has a symbolic value as far as our day-to-day lives are concerned. If you observe closely, the daily ritual of drinking coffee is much greater than the actual act of consuming coffee. Confused? For instance, take two people who meet “to have coffee” together. Here, they are more interested in meeting and talking rather than having coffee. In today’s society, eating and drinking have become occasions and reasons for social meetings. Another angle to this would be that coffee can be considered as a drug because it contains caffeine that has stimulating effects on the brain. Therefore, in some places and societies, it may be considered as an addiction. It is rather sociologically interesting to know why some coffee addicts are not considered to be drug users in some places and societies. In some cultures, use of marijuana is accepted, but consuming coffee and alcohol are not. It is in some way affected by the global influence and other hidden features of the society.

Similarly, you can take any individual problem or situation and try to trace the root cause of the problem in society and find how this particular issue developed. Increasing number of divorce cases, many farmers committing suicide, children becoming delinquent due to poverty, etc., are some of the classic examples. You would also realize that many of the so-called personal problems are directly or indirectly affected by large-scale social forces, be it government policies or regulations, globalization, or consumerism. It is clear from the above examples of sociological imagination that this concept tries to study how large social forces influence individual behavior and actions of people living in that society.

So, the next time you come across a personal problem or situation, you know how to connect it to the wider social phenomena. This process would help you find out long-term, permanent, and promising solutions to some of the grave individual problems.