Oxidation number/state is an important but very often misunderstood concept. It is crucial in understanding the nature of various reactions. 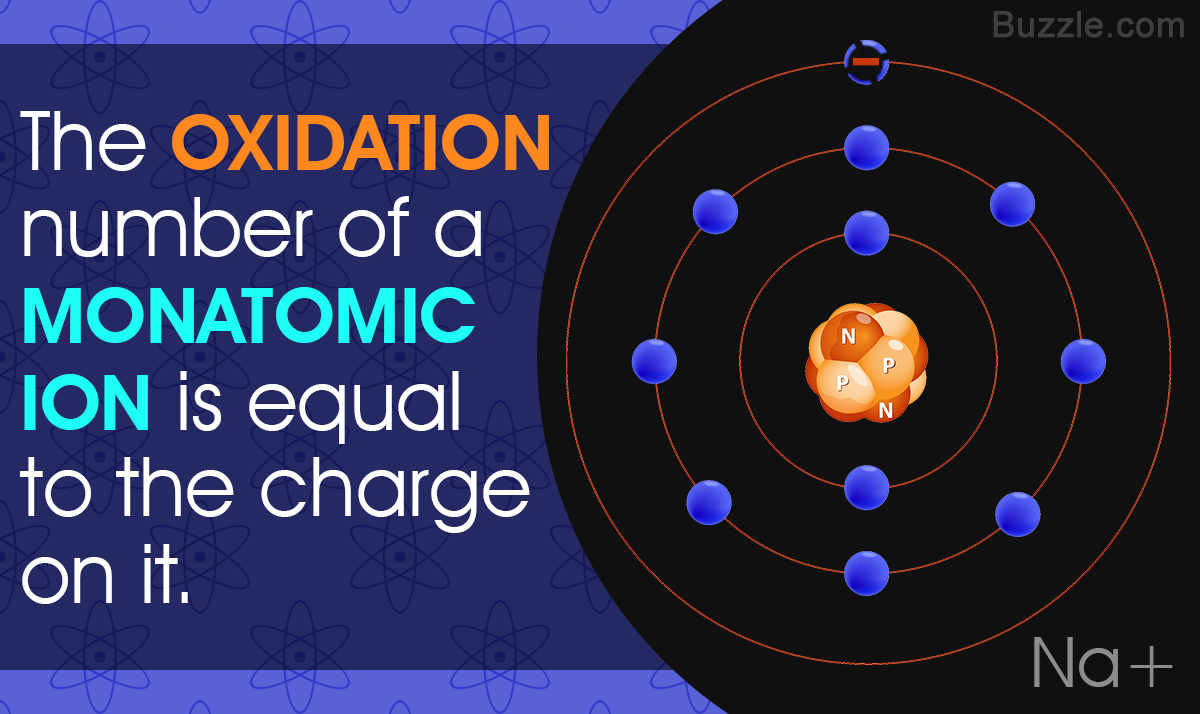 Oxidation number/state is an important but very often misunderstood concept. It is crucial in understanding the nature of various reactions.

Carbon has 9 possible oxidation states―from -4 to +4.

Oxidation state, denoted by the oxidation number, is a very important concept in chemistry. It is one of the most basic principles of chemistry, and plays a determinant role in the nature of many types of reactions.

What is an Oxidation Number?

The oxidation number of an atom simply shows the number of electrons it can account for in a redox reaction, or the degree to which it has undergone oxidation. A redox reaction, one of the most fundamental and commonly seen principles of chemistry, is a reaction where electrons are transferred between two atoms/molecules.

Its name is a portmanteau of the two processes or sub-reactions that inevitably occur in it―reduction and oxidation. Oxidation is the process of losing an electron, whereas reduction, though it may seem incorrectly named, is the process of gaining an electron. Because two entities must partake in a redox reaction, one loses atoms, which the other gains. Thus, these two reactions always occur in conjunction with each other. An easily understood example of redox reactions is the formation of acids. For instance,

In this reaction, two sub-reactions are occurring: The oxidation of hydrogen, and the reduction of chlorine. Hydrogen, which has a solitary electron in its orbit, loses it, and chlorine, which has 17 electrons in a stable state, gains one electron. The reaction needs two atoms of each reagent, since neither hydrogen nor chlorine exists as a monatomic element.

Now, you may be wondering what oxidation number has got to do with redox reactions. Well, pretty much everything!

Rule #1: The oxidation state of an uncombined element not possessing an electric charge is always zero. This is true regardless of whether the element exists as an atom or a polyatomic molecule. This means that O2 (oxygen), Mg2 (magnesium), Al (aluminum), He (helium), and S8 (sulfur) have the oxidation number zero, because the oxidation state of the individual atoms wasn’t changed during the formation of the molecule. The bonds between atoms of the same element are always covalent, wherein electrons are shared, rather than ionic, wherein electrons are passed from one reagent to another. The question of oxidation states only applies to reactions where ionic bonds are formed.

Rule #2: The oxidation number of a monatomic ion is equal to the charge on it. For instance, Na+ (sodium ion with one electron missing), Al3+ (aluminum ion with three electrons missing), and Cl– (chlorine ion with one extra electron) have the oxidation numbers +1, +3, and -1, respectively. However, many metals as well as nonmetals can form different ions (notably carbon, sulfur, and iron), and can have multiple oxidation states. So, though the charge is equal to the oxidation state, it may not be consistent.

Rule #3: The oxidation number of oxygen is almost always -2. The only time oxygen’s oxidation number shifts is when it is part of a class of compounds called ‘peroxides’. In that case, it becomes -1.

Rule #4: Similarly, the oxidation number of hydrogen is almost always +1. The only time this is altered is if hydrogen forms a transitional binary hydride with a metal. In this rare event, it becomes -1.

Rule #5: Lying in the same group of the periodic table as hydrogen, alkali metals such as lithium, sodium, and potassium also have an oxidation number of +1. The only time this changes is when the metals are in the elemental form, in which case their oxidation state is zero.

Rule #6: Alkaline earth metals such as magnesium and potassium have an oxidation number of +2. Like the previous rule, this is not valid if the metals are in elemental form, in which case the first rule supersedes.

Rule #8: Just like the previous rule, the net oxidation number of a polyatomic ion is equal to the charge on it. Whereas the previous rule dealt with electrically stable compounds, this rule deals with charged compounds, but on the same principle. For instance, if we consider the charged ion SO42-, which has a charge of -2, the equation turns out to be:

Turning the compound into an algebraic equation in this fashion is the best way of figuring out the oxidation number of unknown elements.

These were the important rules about determining oxidation numbers. Now that you know this, you will be able to do much better at defining the confusing terms of oxidation and reduction in terms of the oxidation number. For instance, let’s consider the standard metal displacement reaction,

In this reaction, the mini-reactions of oxidation and reduction are as follows:

Since zinc has changed its oxidation state from 0 to +2, this is an oxidation reaction. The two electrons released from the zinc atom are accepted by the copper ion, in the corresponding reduction reaction:

Since the oxidation state of copper has reduced from +2 to 0, this is a reduction reaction.