Know the Rules for Identifying Significant Figures With Examples

Significant figures are a method to express the certainty regarding existing data and its related calculations. This ScienceStruck article will help you in understanding the rules for identifying significant figures with examples. 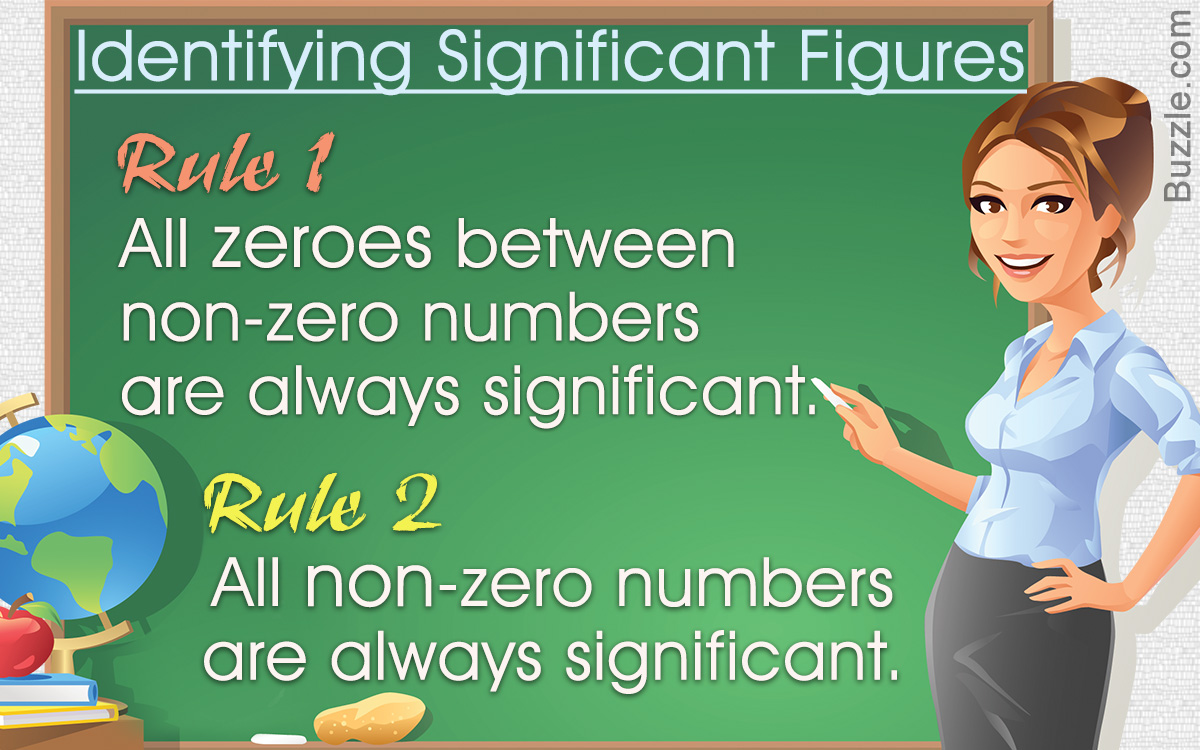 Significant figures are a method to express the certainty regarding existing data and its related calculations. This ScienceStruck article will help you in understanding the rules for identifying significant figures with examples.

The term precision refers to how closely two numbers, which have been measured individually, are in agreement. Significant figures (or digits) are those digits that explain the precision of a number. This term is crucial in each and every measurement. Zeros placed before and after do not get counted in the same manner. The number of significant figures is the number of digits assumed to be correctly measured.

This concept is very useful in science and mathematics, and identifying them requires that you learn the basic established rules. They will help you solve some significant figures practice problems. The paragraphs below will give you a detailed idea regarding the rules as well as some applications in chemistry.

All non-zero numbers (from 1 to 9) are significant.

The digits 1, 2, 3, 4, 5, 6, 7, 8, and 9 are always significant. This is the kind of result that a device (like a ruler) provides, and for which, you have specified the significance. Also, remember that an exact number ending in zero also has a small ambiguity regarding the significance of the zero, i.e., the zero need not be necessarily significant, though they are considered so, in most of the cases. For instance, the number 52300 may have 5 or 3 significant figures.

All zeros between 2 non-zero numbers are significant.

This happens when there are zeros between 2 non-zero digits. According to the 1st rule, the non-zero digits will be significant. However, if a zero is present between the two of them, it is calculated as significant too.

All zeros to the right of the decimal point as well as at the end of the number (at the same time) are significant.

When it means after the point and after the number simultaneously, it means that the zeros trailing after the decimal point are significant, provided they are placed after a non-zero-number. You will understand it better after the examples below.

This is very obvious, you must have got the drift from the previous examples. Any number of zeros placed before a non-zero-number have no value (unless they are between 2 non-zero digits). They just play the role of placeholders.

All zeros to the left of a decimal point in a number greater than or equal to 10 are significant.

Zeros to the left of a decimal point without any non-zero digit are not significant.

In plain terms, this means that decimal numbers starting with a zero do not consider the starting zero to be significant. They are merely indicators of the decimal point.

Importance of Significant Figures in Chemistry

This concept is widely used in chemistry for measuring purposes in the laboratory. Consider three lab devices, and the relation between their measurement and significant figures.

The beaker in this figure has its smallest division as 10. This means that one can have a reading error of +/- 1. In the above image, the measurement is exactly 180 ml. If it is in between 2 figures, it could be read as 181 or 179, perhaps. This means that our final result has 3 significant figures. We know the 1st two numbers for sure, the third, could have a variation of +/- 1.

Note that a burette always has its values in the descending order from the top. In the diagram, the smallest division is 0.1. This indicates a reading error of +/- 0.01. The measurement above can be read as 20.7, but can also be read as 20.69 or 20.71. In any case, the result has 4 significant figures (without the round-off).

The number of significant figures is always related directly to the measurement. A lesser number signifies a rough estimate, while a greater number signifies an almost precise estimate. This concept holds tremendous value in the scientific and arithmetic fields, where accurate calculations are of utmost importance. A small rounding error or some other mistake can lead to a great change in the overall value. That is why you need to understand very well, the rules for identifying significant numbers and their importance.