Stuck with a chemistry project? Find out all about the distinctive properties of acids and how they react in relation to other compounds in this article... 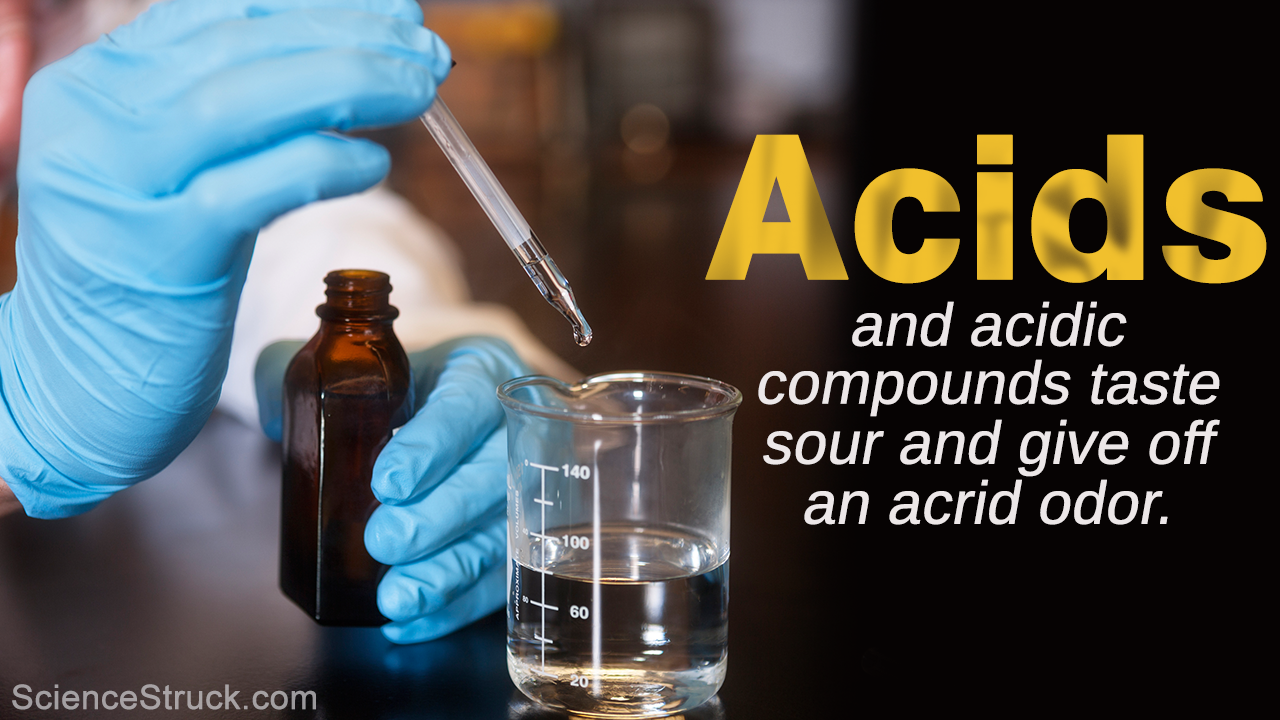 Stuck with a chemistry project? Find out all about the distinctive properties of acids and how they react in relation to other compounds in this article…

In common parlance, an acid is any compound which tastes sour, turns blue litmus paper red, reacts with metallic and carbonate compounds and scores less than 7 on a pH value scale. Acids may be found in solid, liquid as well as gaseous forms, depending upon the temperature in which they are found. They may either occur in pure, undiluted form or as solutions. Properties of bases (alkali) and acids differ radically and these two compounds are diagonally different from each other with regards to their reactions to similar substances. Before we jump to the physical and chemical properties of elements and compounds that we identify as acids, let us first take a look at some popular definitions and concepts on what acids are.

Definitions and Concepts of Acid

Below are three modern-day definitions of acids which have been arrived at by three prominent chemists who based their definitions on certain individual concepts. Each of these concepts is founded upon a separate aspect of the subjective substance’s chemical reaction with other elements. Let us take a look at these definitions, concepts and their limitations.

The physical and chemical properties of bases and acids is what differentiates them. Let us take a brief look at the various properties of acids to identify those traits which make acids what they are.

That was a brief overview regarding acid properties. Acids, bases and their properties are a large domain of chemistry and there is much more detail involved that is provided here. This article is an attempt to provide a brief glance at the most striking and distinctive properties of acids. Hope this helps budding science scholars and gives an idea of how acids behave!