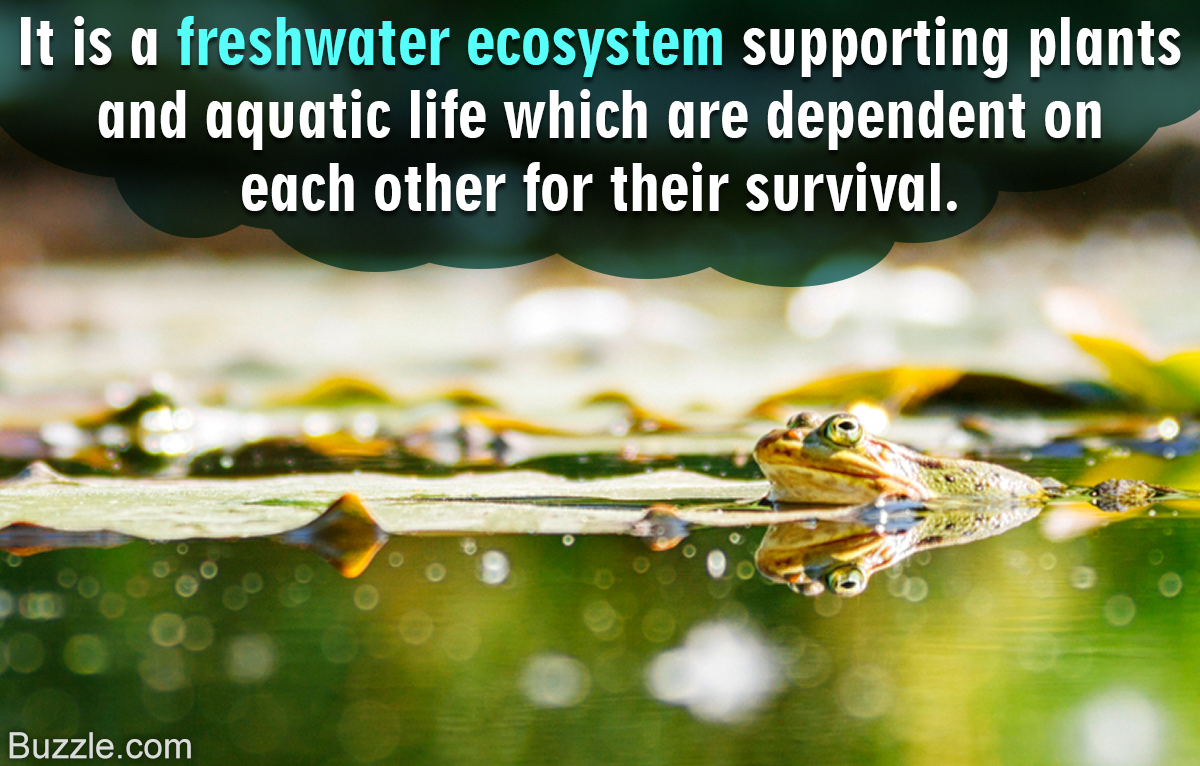 In an ecosystem, the living organisms interact with each other for survival. A pond ecosystem is a freshwater ecosystem.

The ecosystem is a basic unit in ecology, formed by the interaction of plants, animals and microorganisms (biotic factors) with their physical environment (abiotic factors). A pond ecosystem refers to the freshwater ecosystem where there are communities of organisms that are dependent on each other and with the prevailing water environment for their nutrients and survival. Usually, ponds are shallow (hardly 12 – 15 feet) water bodies in which sunlight can reach to its bottom, permitting the growth of the plants that grow there.

The organisms inhabiting this freshwater ecosystem include algae, fungi, microorganisms, plants and fish. These organisms can be further classified as producers, consumers and decomposers, based on their mode of obtaining nutrition. The energy in an ecosystem flows from the producers to the consumers. Decomposers, on the other hand, get nutrients from the dead organisms by decomposing them.

Habitats in a Pond Ecosystem 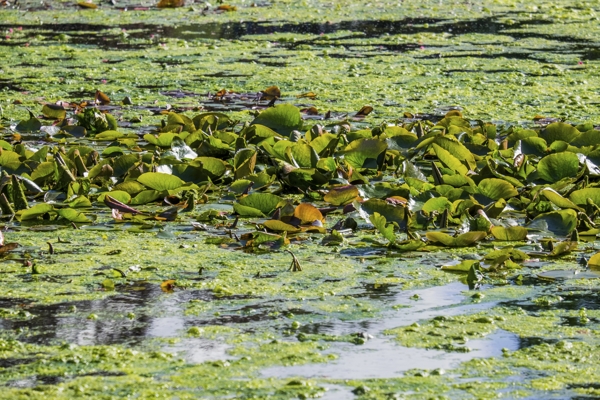 The organisms inhabiting this habitat vary depending upon whether the shore is rocky, sandy, or muddy. In case of rocky shores, plants might not be able to grow, whereas in muddy or sandy or mixed type, plants like grasses, algae and rushes can be present along with organisms such as earthworms, protozoa, snails, insects, small fish and microorganisms. 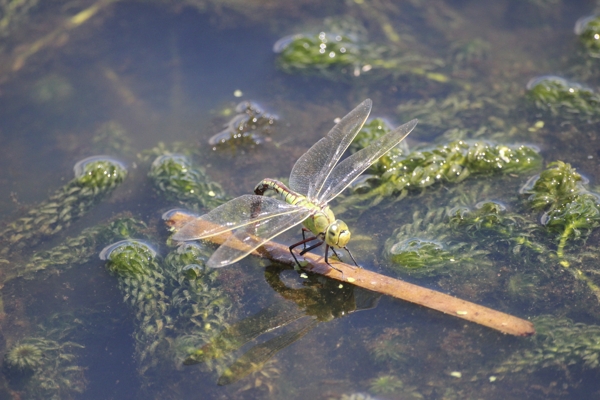 Surface film habitat, as the name suggests, implies to the surface of the pond. In general, insects like water striders and marsh traders, organisms that are free-floating and those that can walk on the surface of water inhabit the surface habitat. They feed on the floating plants, dead insects and sometimes, feed on each other. 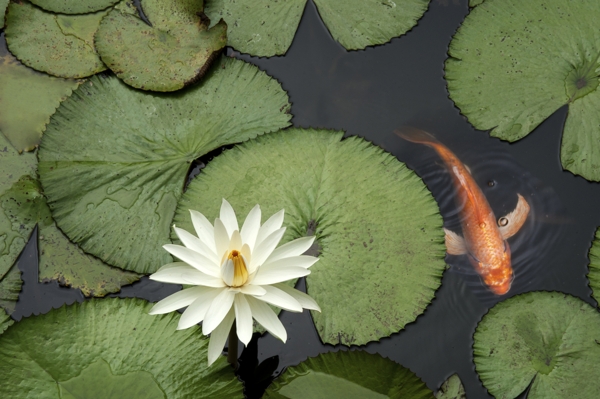 Food Chain in a Pond Ecosystem 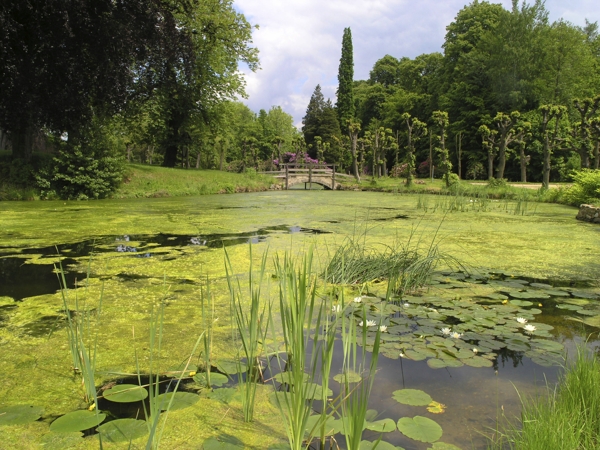 The first level is represented by the producers or the autotrophs; for example, phytoplankton and plants. They prepare their own food with the help of energy from sunlight through the process of photosynthesis. 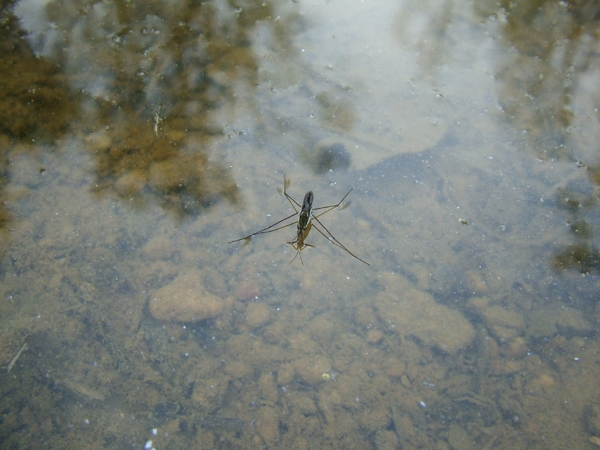 The second trophic level is characterized by presence of herbivores such as insects, crustaceans and invertebrates inhabiting the pond. Organisms in this level consume the plants or producers. 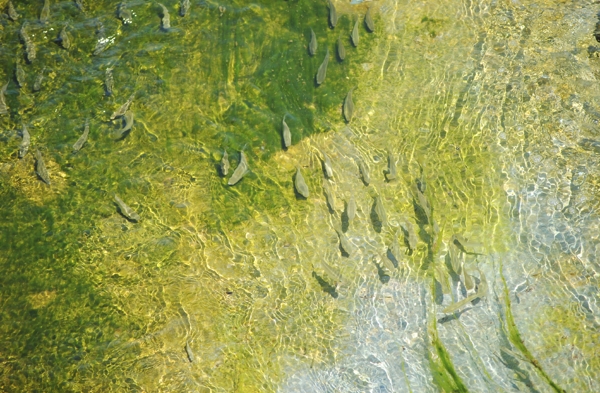 In addition to the three trophic levels, there are saprotrophic organisms, commonly known as decomposers, which are located at the bottom of the food chain. Decomposers, mostly the bacteria and fungi, are very important in the nutrient cycle. They convert all the organic matter from the dead and decayed organisms into carbon dioxide and nutrients such as nitrogen, phosphorus and magnesium. These nutrients are generated in such a way that they can be readily used by algae and plants for production of food, which is again consumed by the herbivores. Furthermore, the carnivores feed on the producers and herbivores. Thus, the flow of energy is maintained in an ecosystem.