Everything You Need to Know About Noble Gas Configuration

Noble gases, also called inert gases belong to the group 18 of the periodic table. Elements belonging to this group are helium, neon, argon, krypton, xenon, and radon. This piece highlights the electron configurations of these noble gases.

Home / Uncategorized / Everything You Need to Know About Noble Gas Configuration 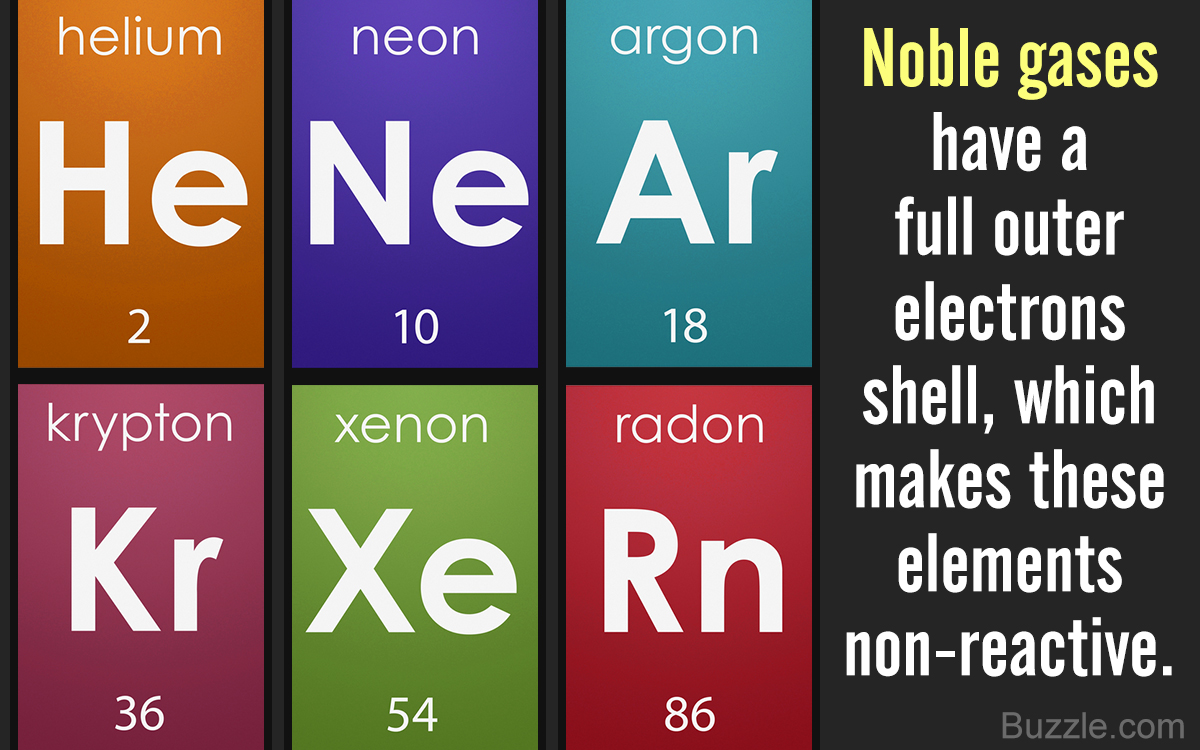 Noble gases, also called inert gases belong to the group 18 of the periodic table. Elements belonging to this group are helium, neon, argon, krypton, xenon, and radon. This piece highlights the electron configurations of these noble gases.

Noble gases don’t react or bond with any element and remain isolated, which is why they are called ‘Noble’.

Noble gases exist as individual atoms rather than compounds which can be termed as being ‘monatomic’. Besides being monatomic, they are colorless, odorless, and tasteless as well.

The distribution of electrons in respective atomic orbits of the noble gases is called noble gas configuration. The basis of any reaction taking place between chemicals is due to their impulsive behavior of achieving a complete electronic configuration and reaching a level of stability. Chemicals react with each other to acquire the configuration of the closest noble gas. Given below is a table that lists the symbol, atomic number, and electron configuration of these noble gases:

Helium: Having atomic number 2, helium is the second most abundant element in the universe after hydrogen (H). It is mainly used for inflating balloons. It consists of 2 electrons in its valence orbit.

Neon: Having atomic number 10, neon glows when exposed to light and hence used in lamps and lights. It consists of 8 electrons in its valence orbit. It can also be represented as [He] 2s2 2p6.

Argon: Having atomic number 18, this inert gas is used in arc welding process and production of laser. It consists of 8 electrons in its valence orbit. It can also be represented as [Ne] 3s2 3p6.

Krypton: Having atomic number 36, krypton is used in lighting and high speed photography. It consists of 8 electrons in its valence orbit. It can also be represented as [Ar] 3d10 4s2 4p6.

Xenon: Having atomic number 54, xenon is used in camera flashes. It consists of 8 electrons in its valence orbit. It can also be represented as [Kr] 4d10 5s2 5p6.

Radon: Having atomic number 86, radon is used in radiation therapy and treatment of arthritis. It consists of 8 electrons in its valence orbit. It can also be represented as [Xe] 4f14 5d10 6s2 6p6.

Note that none of the orbits of these inert gases are partially filled. That is all the electrons are paired and thus they do not make transitions to other orbits. From the above electron configuration it is crystal clear that ns2np6 configuration is very stable.

How to Write Noble Gas Configuration?

Some elements have fully filled valence orbits. However, their chemical properties differ from the Group “0” elements.

For example, Zinc (Zn) has atomic number 30. Its electronic configuration is 1s2 2s2 2p6 3s2 3p6 4s2 3d10. It can be expressed as [Ar] 3d10 4s2 with reference to the configuration of the nearest noble gas. From the expression it is visible that the 4s orbit of zinc consists of 2 electrons. Therefore, it is said to have pseudo-noble gas configuration.

Noble gases have extremely low reactivity because of the fact that the outer shell of electrons for these atoms is completely filled. However, these non-metallic gases from the periodic table have very low melting and boiling points which makes them useful as coolants in refrigerators.