Law of Conservation of Mass Explained With Examples

Like the conservation of energy, there is a law of conservation of mass as well. Read on to find some useful information regarding the same in the article mentioned below.

Home / Uncategorized / Law of Conservation of Mass Explained With Examples

Like the conservation of energy, there is a law of conservation of mass as well. Read on to find some useful information regarding the same in the article mentioned below.

Nature is made up of various living and non living things, and all these together form the mass of the Earth. Therefore, if we have to define mass, in physics, it would be “the quantity of matter as determined from its weight”. You must have read about the very famous Newton’s law of conservation of energy, which includes some basic principles about the energy that surrounds us. Likewise, Newton also put forward a law of conservation of mass.

In physics, mass is known to be a closed or an isolated system, which means that there cannot be any exchange of matter with the surroundings. Therefore, it attains a state of thermodynamic equilibrium, where no form of matter can be transported or accepted inside it. Based on this principle it is defined as;

“The mass of substances in a closed or isolated system will remain constant, no matter what processes are acting inside the system”. This is very similar to the law of conservation of energy, which states that; “The total amount of energy in an isolated system remains constant over time.”

Another common consequence of these two laws is that both mass and energy can neither be created nor destroyed, they can only be transformed from one state to another. On the basis of this law, it is said that the mass in nature always stays constant, but can be changed in different types of particles and phases of matter. Apart from being used in the physical part of science, this law is also applicable in chemical reactions that occur in closed systems, where the mass of the reactants and products have to be equal.

As mentioned above, nature is full of mass which is being conserved in one form or the other. Therefore, there are many examples which can be used to explain this principle in nature. Some of the easiest examples are mentioned below, so that you can learn how to apply the law in daily life.

When you burn charcoal, there are products that are formed due to this burning, which are soot, ashes, heat, and various types of gases. Now these products of combustion are directly proportional to the raw material or the charcoal which was burned, in such a way that the charcoal turns into all the products, keeping the mass constant. However, there is a slight production of energy, when mass is transformed, in this case, being heat energy. But these changes are very minute and can’t be detected easily, thus not considered. 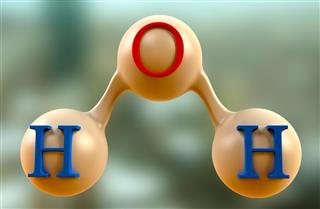 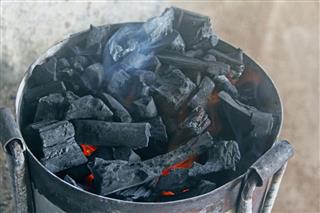