The rainforest biome is marked by the presence of different landforms such as mountains, valleys, rivers, wetlands, etc. These landforms give rise to a complex ecosystem with varied species. Read to know more in detail. 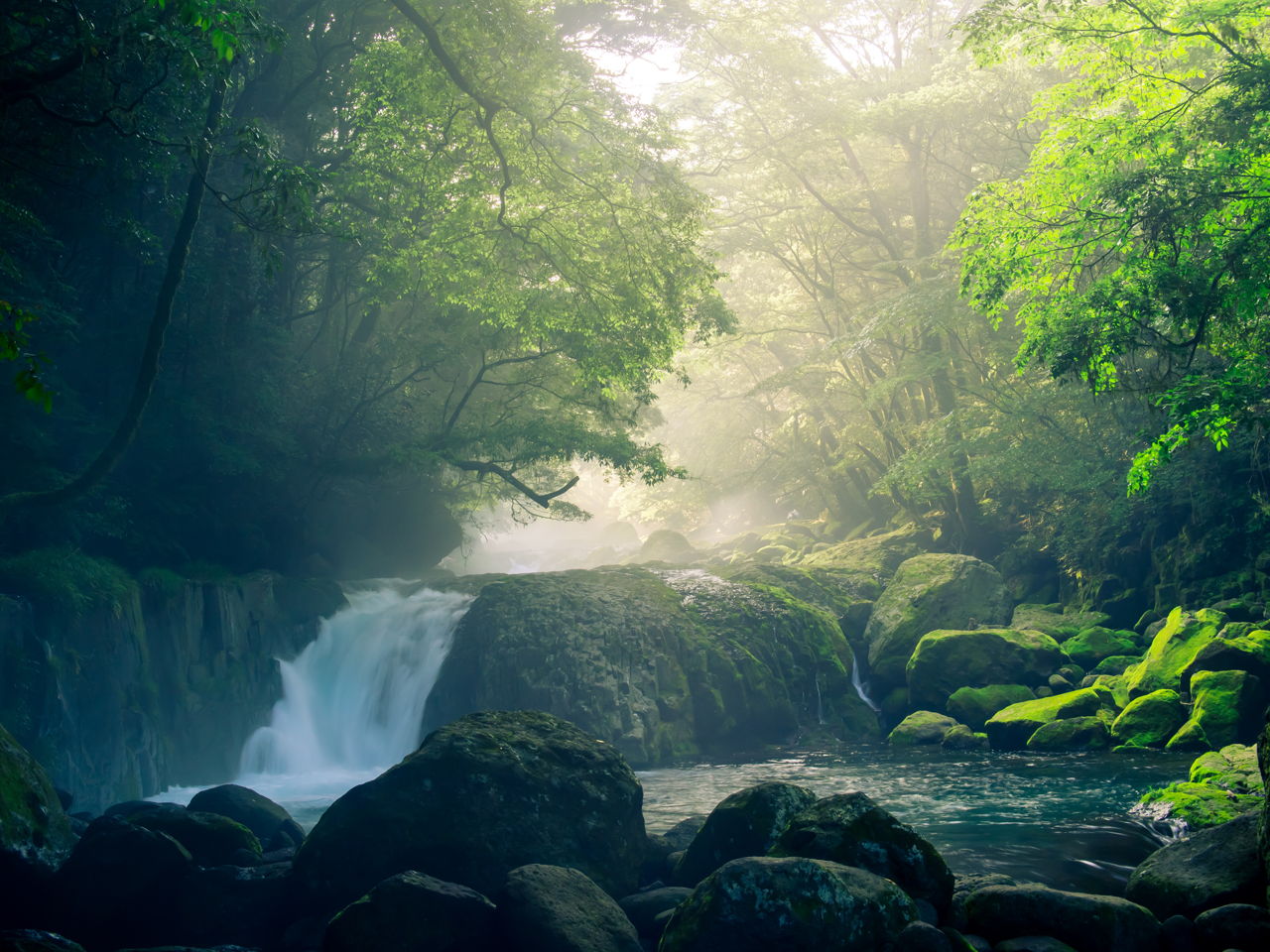 The rainforest biome is marked by the presence of different landforms such as mountains, valleys, rivers, wetlands, etc. These landforms give rise to a complex ecosystem with varied species. Read to know more in detail.

The trees in the rainforests are very tall and slender. Most of these trees don’t have branches till atleast 100 feet.

The tropical rainforests are characterized by a variety of landforms which give rise to a complex ecosystem in this region. The tropical rainforests are found in lowland regions. Topographical features of the rainforest regions include the mountains, valleys, streams, wetlands, rivers, etc. A thick forest cover is the prominent feature of tropical rainforests, irrespective of the topography (whether it is plain or mountainous). The forest cover doesn’t allow much light to reach the ground. Less availability of sunlight at the ground level is therefore, responsible for the restricted growth of smaller plants.

A tropical rainforest is a hub of a multitude of ecosystems, which in coherence, facilitate the flourishing and sustenance of various life forms. It is the den of some of the most exquisite types of flora and fauna, whose sheer sight can cause one to skip a beat. Human beings have benefited magnificently from these stretches of tropical rainforests, as they always procured a steady supply of fuel and resources.

There fertile, lush forests are spotted in areas nearest to the equator. The places which are rich in tropical rainforests include, Latin America, Brazil, places in Southeast Asia, the Pacific islands, and some parts in western Africa. The driving factor for the lush green forests is a constant prevalence of high temperatures and high levels of rainfall. This makes the soil immensely fertile, and thus supports an array of green vegetation. The landforms in the tropical rainforests are the most diverse, and this has contributed to the survival of life. In the following paragraphs, we shall look into the major types of landforms that have made up the tropical rainforests like what we have it today. These areas mostly stretch from the areas between the Tropic of Cancer and the Tropic of Capricorn.

The tropical rainforest biome is amongst the important ones on this planet. The regions covered by these forests are characterized by different topographical features and landforms. A short account of these landforms can be found below.

A mountain is a topographical feature that rises above surrounding areas and has an altitude higher than a hill. South America, Asia, Australia, Africa and Pacific Islands are the regions where mountains ranges can be found in tropical rainforests. Out of the total mountain cover of the world, 22% is found in South America. Barisan mountains in tropical rainforests of Sumatra Island, Indonesia is one popular example. Mountains are formed by the collision of two tectonic plates. Pico da Neblina which is located in the Amazon Rainforest is counted as one of the highest mountains that is found in a rainforest.

A valley, is also referred to as dale. It is a depression that can take either a ‘U’-shape or ‘V’-shape. Those valleys which provide channels for the flow of rivers are known as ‘vales’. The ‘V’ or ‘U’ shape of valleys change into a flat surface at their bottom. If the bottom region is large enough, it turns into a floodplain.

The soil of wetlands is saturated with water. The different types of wetland regions are marshes, swamps, bogs, etc. The wetlands are saturated with water because their water table is just near the ground surface. The water could be fresh water or saline. The presence of wetlands in the rainforests help in the survival of various species of plants and animals. Antarctica is the only place which is devoid of any wetland. The most prominent wetlands belong to the tropical rainforests. Shallow pools of water are found in wetland regions. Brazil, Chile, Bolivia and Paraguay are the regions in South America where wetlands are commonly found. Largest of all wetlands, the Pantanal is located in Brazil.

Description of the stream can be presented as water current that flows through a path called bed. The stream is referred to by different names such rill, kill, lick, rivulet, etc. The area of biological growth adjacent to streams is known as riparian zone.

It is a flat and vast area present adjacent to rivers or streams. This region easily gets flooded in times of high discharge. A floodplain is formed of meandering streams or braided rivers. This landform supports the growth of microbes due to the release of nutrients from soil following the high discharge. It is a flat area which has got high areas on the sides. They can sometimes be a part of a bigger valley. These are however smaller in size. These are the storehouse of ample nutrients. In fact, ancient civilizations nested amidst the floodplains.

A stream and river is differentiated on the basis of their size. River is a bigger stream of water that meets a sea or other river. Unlike that of oceans or seas, river is a source of freshwater. Just like streams, rivers are bound by beds or channels. The bed of rivers is wider than that of streams. Rivers carry silt & nutrients and make their beds fertile. Amazon river originates from the Andes mountains, traverses the continent of South America across its width and finally reaches the Atlantic ocean. The approximate length of this second longest river is 4200 miles; it has the largest drainage basin with an area of 2,720,000 sq. miles.

Many different plants and animals thrive in this region owing to the favorable tropical rainforest climate. Leaching of nutrients through soil is however, one of the problems observed in this region. The soil becomes devoid of nutrients due to leaching. There is a lot to study about the various landforms in tropical rainforests. The facts mentioned above should provide an overview of information about these landforms. 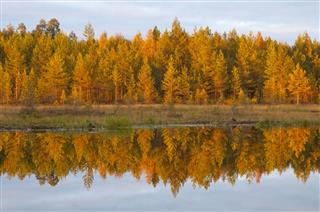 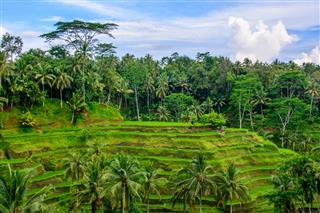 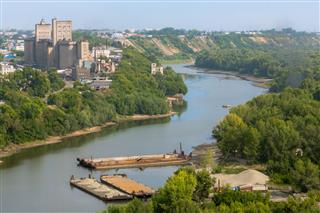 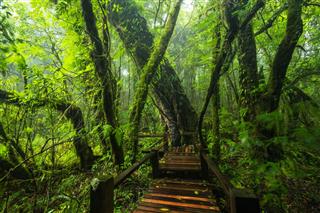 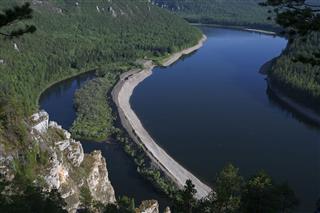 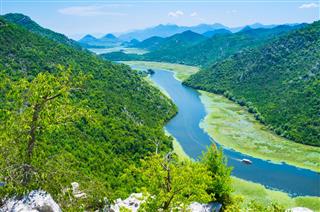 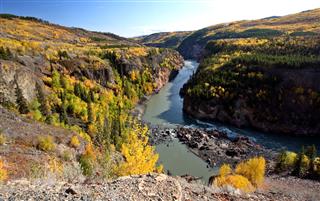 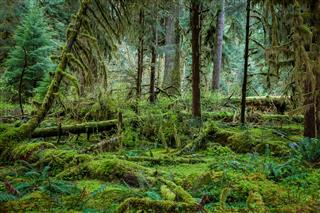 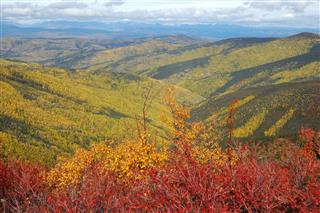 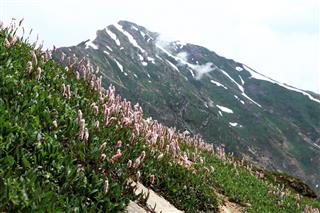 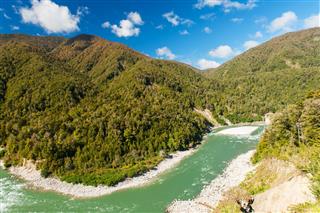 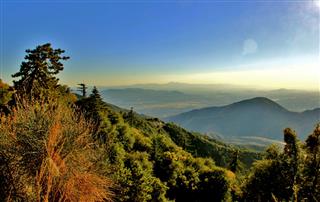 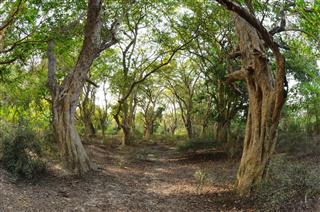