Knowing the kinetic energy formulas, you can compute the energy of a system in motion. In here, we provide and explain the rotational and relativistic formulas as well.

Knowing the kinetic energy formulas, you can compute the energy of a system in motion. In here, we provide and explain the rotational and relativistic formulas as well.

One of the most elusive concepts to grasp in physics is Energy. It takes various forms and everything that happens in this world is a subtle or major energy change. There is a formula for calculating it in every one of its forms.

Roughly put, kinetic energy is possessed by an object due its motion, relative to a frame of reference. It is the amount of work necessitated, to accelerate an object from its state of rest to a particular velocity. It is the extra amount of energy it acquires due to the work done in accelerating it. Being connected to motion, it always has a velocity component in its formula. The word ‘kinetic’ is aptly chosen, as it arises from the Greek word Kinesis, meaning motion.

Formula For Point Mass Or a Rigid Body

The formula for kinetic energy of a point mass or rigid body moving at non-relativistic speeds (speeds very less than speed of light) is the following: 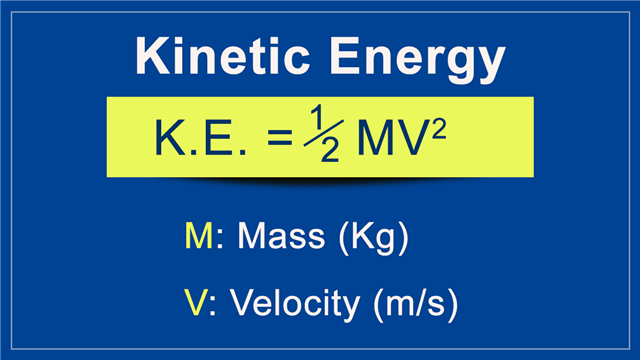 Here, ‘M’ is the mass of the point mass (in Kg) or rigid body and ‘V’ is the velocity (m/sec) at which it is moving. The unit of energy is ‘Joule’.

Since linear velocity of the object is squared in the formula and mass appears as a linear term, its kinetic energy increases rapidly with rising velocity and increase in mass. More massive and speedier an object, more is the energy packed in.

Let me illustrate the usage of this formula with an example.

As you can see, it is a simple matter of plugging in the values and calculating. The same formula can also be expressed in terms of momentum as:

where P is the momentum of a body and M is its mass.

If, rather than linear motion, the object is rotating, then the formula for kinetic energy presented above, is not useful. The formula is as follows: 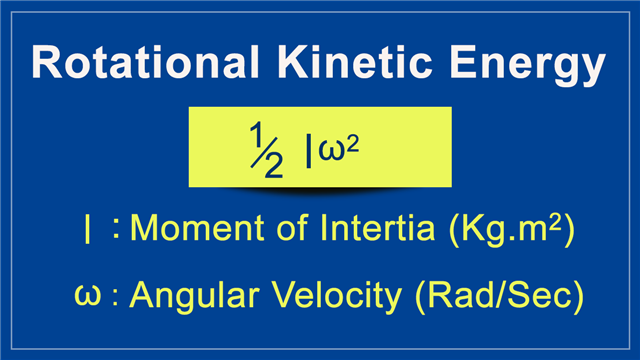 If you are dealing with relativistic speeds, the kinetic energy formula, based on Newtonian mechanics will not be useful. The relativistic formula is as follows: 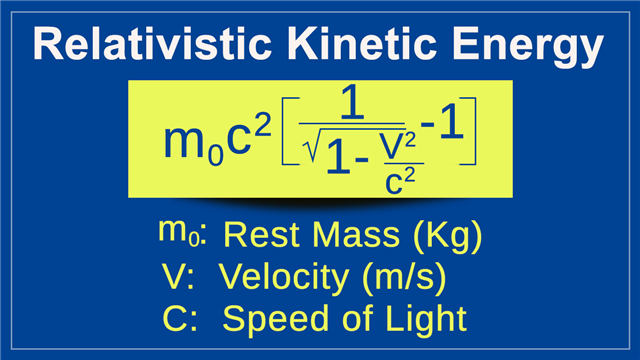 One book that might aid your understanding is the first volume of the Feynman Lectures on Physics, where the master physicist unplugs the subject and reveals its beauty.