Sir Isaac Newton is regarded as one of the most influential figures in the world of science. He was the man who gave us the law of gravity.

Sir Isaac Newton is regarded as one of the most influential figures in the world of science. He was the man who gave us the law of gravity. 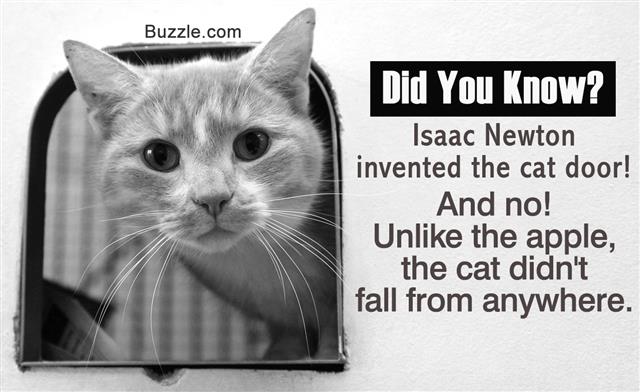 Sir Isaac Newton was born in England and was a renowned mathematician, a highly influential physicist, alchemist, natural philosopher, theologian, and an astronomer. One of the most influential scientists in the world, he is known to have published some of the most prestigious books and thesis in the field of science. One of his famous publications that has earned him an undying fame is the Philosophiæ Naturalis Principia Mathematica (“Mathematical Principles of Natural Philosophy”), and it was proved to be immensely groundbreaking, in that it laid the foundation for classical mechanics. The man behind the understanding and establishment on the law of gravity and the three vital laws of motion, he was also the first one to build a reflecting telescope, to study the speed of sound, and to observe spectrum of colors through a prism; the list of accomplishments of this legendary figure is just unending.

★ According to the old Julian Calendar, Isaac Newton was born on Christmas, that is, 25th December, 1642. This was the same year that the scientist, Galileo Galilee died.

★ Recent dates of the Gregorian Calendar tell us that Newton was born on the 4th January, 1643. He was a premature baby and hence, at that time, nobody thought that he would survive for long.

★ Isaac Newton was named after his father, a wealthy farmer, who died just three months before he was born.

★ Newton liked to draw and paint. The walls and ceilings of his room used to be filled with colors.

★ From about 12 to 17 years of age, Newton was educated in Latin at the King’s School in Grantham. However, he was soon expelled, owing to his fight with one of the fellow students.

★ By October 1659, he returned home to Woolsthorpe-by-Colsterworth, and helped his widowed mother in farming. However, he hated this job.

★ On persuasion by the King’s School teacher, Henry Stokes Newton resumed his school education and became a top-ranked student.

★ In 1664, Newton was awarded a scholarship to pursue his M.A. degree in the works of Aristotle.

★ Newton studied Aristotle vis-à-vis other modern philosophers and astronomers like Descartes and Galileo, and also studied the works of the German mathematician, Johannes Kepler.

★ His in-depth studies led him to discover the binomial theorem in 1665. He also began working towards developing a mathematical theory that we know today as the infinitesimal calculus.

★ As a precautionary measure against the Great Plague of London that occurred in 1665-66, Newton’s university closed down its operations for a short while. During this time, he returned home, and developed his theories in optics and the law of gravitation.

★ In 1667, Newton returned to Cambridge to resume his studies, and owing to his work during the university’s non-operational phase, he was instantly offered the fellowship of the Trinity.

★ In the year 1669, Newton became the master of the Trinity, just one year after he received his M.A. Degree.

★ Building on his own theory of optics, Newton made the world’s first reflecting telescope in the latter half of 1668. Today, we know this device as the Newtonian telescope.

★ In 1671, he showed the demonstration of his telescope to the Royal Society, and subsequently, in 1704, he published his study in his work, Opticks that received mixed responses then, but is widely accepted today.

★ After his work on calculus was published in June 1669, Newton entered into a dispute with the German mathematician, Gottfried Wilhelm von Leibniz over who among the two was the real inventor of calculus. Although both of them had independently developed the infinitesimal calculus, some have suggested that it was Leibniz, who began publishing his research first. However, this view is not widely accepted.

★ In the year 1679, Newton resumed his research on celestial mechanics―effects of the gravitational force on planetary orbits.

★ Subsequently, Newton’s book on his laws of motion and gravitational theory were published between 1686 and 1687. This work earned him international repute.

★ In 1699, the members of the Royal Society (of which Newton was also a member) criticized Leibniz of plagiarism. This made Newton and Leibniz arch-rivals, till the latter passed away in 1716.

★ Newton was also interested in alchemy, and believed in the idea that occult forces were responsible for the attraction and repulsion between particles.

★ Although alchemy is not an established science, it has been opined that it was his belief in the occult idea of action at a distance and across nothingness, that became the basis of his theory of gravity.

★ Newton was born in an orthodox Anglican family, but his views on religion were far from being orthodox. In fact, many have suggested that he was a heretic.

★ For him, worshiping the Christ in the form of an idol was a fundamental sin. This led the Canadian historian, Dr. Stephen Snobelen conclude that although he did not make his personal beliefs public, he was still, definitely an anti-trinitarian.

★ He was a heretic; however, this does not mean that Newton did not believe in God. In fact, he had warned people against using his laws of gravity and motion to view the Universe as a mere machine. He stated, “Gravity explains the motions of the planets, but it cannot explain who set the planets in motion. God governs all things and knows all that is or can be done.”

★ Newton is also known for his studies with regards to the holy Bible. He wrote various critical commentaries of the Bible and also attempted to find, albeit unsuccessfully, the hidden messages within the Biblical verses.

According to a famous story, Isaac was walking in his garden at Woolsthorpe when he noticed an apple fall from a tree. This made him formulate his law of gravity. And today, the whole world is grateful to this legendary scientist for it.

★ He was also interested in analytical geometry, and undertook a challenge of calculating Pi to more and more decimal places. Sources say that he calculated it up to some 15 decimal places, using different formulas that he had himself come up with.

★ Newton was knighted by Queen Anne in Cambridge on April 16, 1705. This earned him the title ‘Sir’.

★ It was seen that a majority of discoveries were made by Newton in his early to mid-twenties, but weren’t published until many years later. This gave rise to many arguments and criticisms.

★ Newton never married in his life, although he claimed of being once engaged.

★ On 20th March 1727, Newton took his last breath while sleeping. His mortal remains have been buried in London’s Westminster Abbey. Nevertheless, the magnanimity of his life and work is valued till date and will continue to be for years to come. 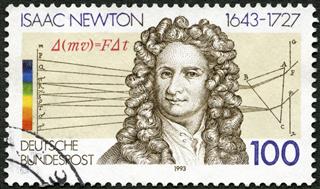 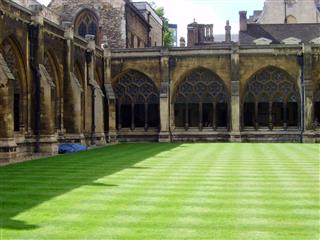 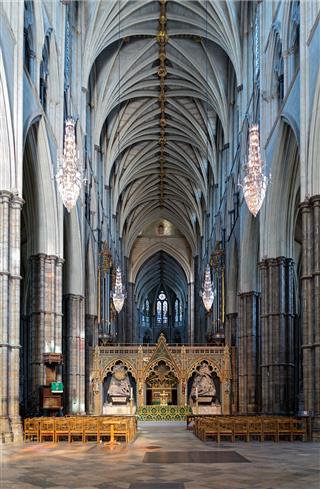