Interesting Facts About Helium That You Shouldn’t Miss

Fascinating facts about helium go well beyond its physical and chemical properties, and its use in balloons as well.

Home / Uncategorized / Interesting Facts About Helium That You Shouldn’t Miss

Fascinating facts about helium go well beyond its physical and chemical properties, and its use in balloons as well.

On October 15, 2009, a couple hailing from Colorado hid their six-year-old son in the home’s attic and raised alarm alleging that he had flown into the atmosphere inside a flying saucer-shaped helium balloon, sending the authorities and media into a tizzy.

Helium is a tasteless, odorless, and colorless inert gas which constitutes 0.0005 percent of air. It is the second-most abundant element found in the universe, after hydrogen. Besides that, it is also the second-lightest and one of the oldest elements in the universe. It is represented by the symbol ‘He’ and its atomic number is 2. It has two protons in its nucleus and two electrons around it.

There is no dearth of facts about helium which you are bound to find ‘interesting’. For instance, you might have heard that the word ‘helium’ originates from the Greek word helios, meaning the Sun. But have you ever given a thought to the likelihood of it being named helium as it was first observed in the spectrum of the Sun. Indeed it was!

During a solar eclipse on August 18, 1868, French astronomer, Pierre Janssen, and English astronomer, Joseph Norman Lockyer noticed a bright yellow line in the spectrum of the Sun. After doing his research, Lockyer proposed that a new element was found and named it helium, thus becoming the first person to do so.

On March 26, 1895, Sir William Ramsay from Scotland noticed a bright yellow line, similar to the line observed by Janssen and Lockyer, in the spectrum of the Sun. Back then, it was believed that this element only existed in the outer space. It was only after it was isolated from cleveite that its existence on Earth was proved.

In the same year, N. A. Langley from London and P. T. Cleve from Uppsala, Sweden, claimed that they had discovered this new element. Finally, all three of them; Ramsay, Langley, and Cleve were credited with the discovery of helium. Later in 1898, the discovery of radium confirmed that helium was a by-product of the natural breakdown of radioactive elements.

With time, the commercial demand for helium began increasing all over the world. For the initial years, United States produced 90 percent of the helium in the world, while Canada, Russia, and other nations produced the remaining 10 percent. In the 1990s, a new plant was established in Algeria and it started producing enough helium to meet the demand in Europe. By the dawn of the 21st century, Algeria became the second-leading producer of helium.

Where is it Found?

In the universe, where it is the second-most abundant element, helium constitutes 23 percent of baryonic gases. It was formed with the Big Bang. In contrast, most of the helium found on Earth can be traced to natural gas reserves, while minute quantities can also be attributed to natural springs, volcanic gases, etc. It is accumulated in natural gas reserves as a product of radioactive decay. Over a period, small atoms of helium are released in the atmosphere.

Helium deposits are found in Russia, Algeria, Canada, and China. It is available in a large quantity beneath the Great Plains in the United States; this source alone accounting for 11 billion cubic meters of helium resources.

» Approximately, a quarter of the universe is made up of helium atoms.

» Helium was made available in the open market for the first time in 1928.

» The United States is the world’s largest supplier of helium.

» It is a non-flammable gas; hence, safer than hydrogen.

» Instead of freezing, helium becomes a superfluid at a temperature of −271°C.

» When it is cold, it can rise up the walls of its container and escape.

» It is the second least-reactive of the noble gases and thus, is not known to form any compound.

» The Sun’s energy is produced due to fusion between hydrogen and helium.

» In helium, sound travels three times faster than it does in air.

» The tone of the human voice can change in helium-rich atmosphere.

» Continuous intake of helium can cause asphyxiation and eventually, result in death.

» Helium has a lifting force of around one gram per liter. If you weigh 110 lb, you will require 5000 helium-filled balloons―with 10 liter helium in each―to rise in the air. For a child weighing 55 lb, 2500 balloons will suffice.

» Being lighter than air, helium is widely used in airships and balloons. It is also used to pressurize liquid-fueled rocket tanks.

» In metallurgy, it is used to prevent oxidization in course of welding metals like aluminum, copper, and magnesium.

» As it is less soluble in blood and diffuses easily through lungs, a mixture of helium with oxygen helps deep sea divers to reduce the effect of narcosis.

» In the medical field, it is used as a life-saving anesthetic for treating people suffering from severe asthma. Besides this, it is also used in MRI scanning.

» In cryogenics, it is used to freeze and store biological materials for later use.

» Being an inert gas, Helium is used as a cooling agent for nuclear plants.

On the whole, helium is very useful to mankind. But then, it is a non-renewable gas. About 3000 metric tons of helium is produced a year due to decay of radioactive elements like uranium and thorium. Our requirements though, far exceed the amount that is produced. Scientists are aware of the fact that helium reserves on the planet are depleting very fast. In fact, the scientific fraternity has even called for a ban on the use of helium for non-essential things like party balloons.

The feasibility of mining helium from the Moon is also looked into. However, there are many ifs and buts involved. Only the proper use of this element will ensure that it will help us for many more years to come. 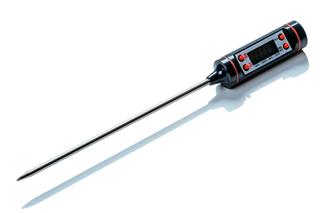 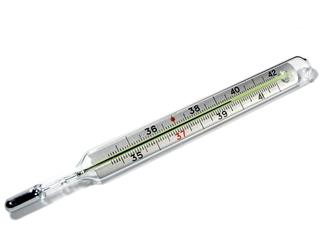