How do Earthquakes Happen

The earth is a fascinating body that has a lot going on within it, much more than what the human eye can see. An earthquake is one such phenomenon, which is again enveloped in mystery and fear. Let's take a look at how it happens.

Home / Uncategorized / How do Earthquakes Happen

The earth is a fascinating body that has a lot going on within it, much more than what the human eye can see. An earthquake is one such phenomenon, which is again enveloped in mystery and fear. Let's take a look at how it happens. 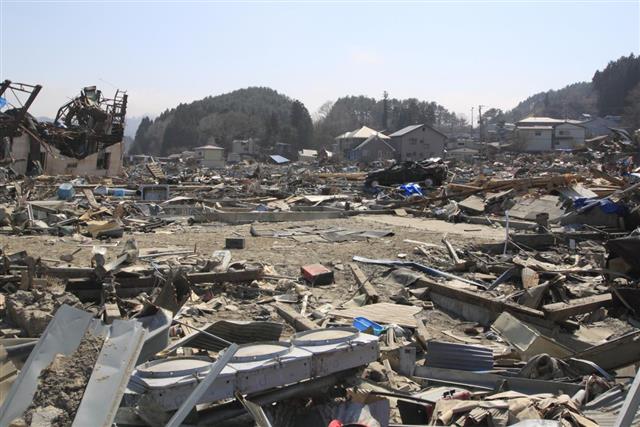 Geographical surveys state that several million earthquakes shake the earth every year, however, they go unnoticed as most of them occur in sparely populated areas. The destruction, death, and sorrow associated with earthquakes often makes us wonder why and how they happen.

How Does an Earthquake Occur? 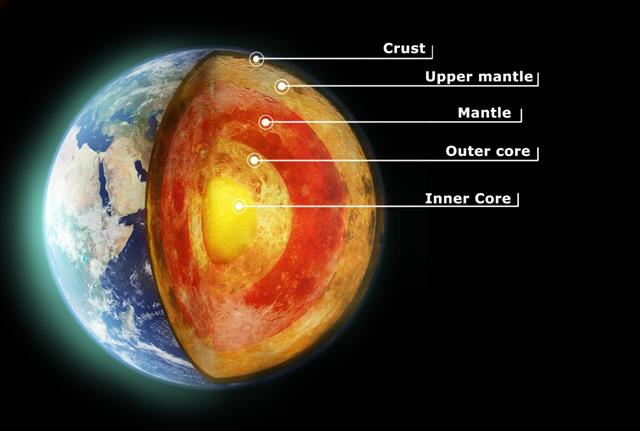 The earth can be divided into three main layers: the outermost crust, middle mantle, and innermost core (inner and outer core). The crust and the upper mantle together form a strong layer called the lithosphere.

This strong lithosphere is further broken down into plates called tectonic plates. Thus, the earth’s crust is not actually one solid layer, instead is like a puzzle, with pieces coming together to form one big picture.

The size of these puzzle pieces or plates can vary from a few hundred to thousands of kilometers, while their thickness may vary from less than 15 km to 200 km. When these plates underline the oceans, they are termed as oceanic plates, whereas, when they underline the continents, they are referred to as continental plates. 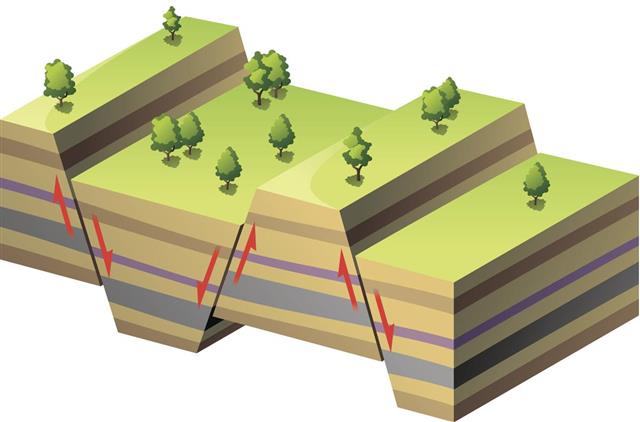 As the mantle within the earth’s crust moves, the plates also begin to move and start pulling away from each other. They bump into one another or may even slide past each other.

There are three main tectonic movements: extensional, transform, and compressional, all of which result in different types of earthquakes. The movements of these plates is usually very slow, usually the same speed our fingernails grow! It’s when these plates collide against each other, that rock layers are forced upwards in the form of mountains.

When these plates move away from one another, lava from the mantle fills the gap and forms a new crust. These plates also converge over a period of thousand years by slowly positioning them one beneath the other.

However, their boundaries can be mapped accurately from outer space, via measurements from GEOSAT satellites. Earthquakes happen when these plates move under, slide past one another, or collide into one another. 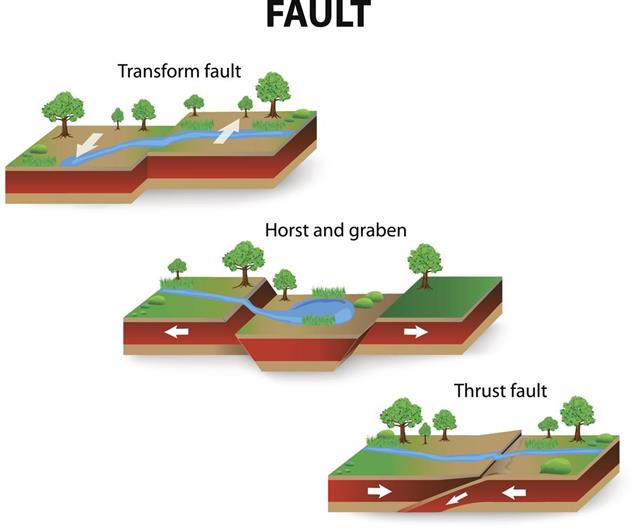 The surfaces where these plates slip are termed as fault planes or faults, and the plate boundaries are made up of several such faults or slipping zones. 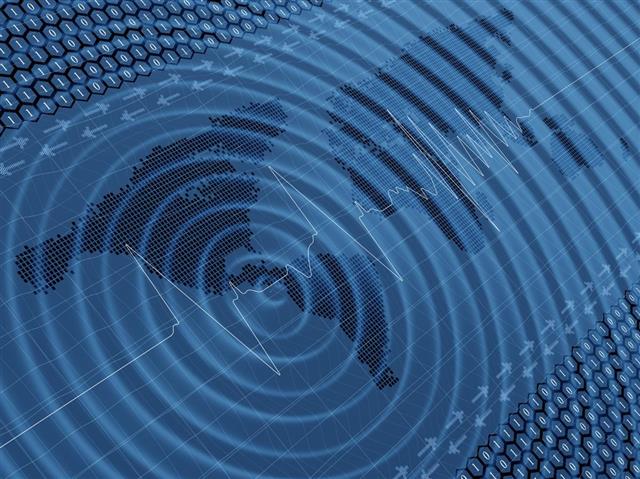 Here’s when the earthquake seismic waves come into picture. The energy radiated outwards from the ripping action comes out in the form of seismic waves. These waves resemble the ripples formed in a pond.

As the ripples of these waves move, they shake our earth and quaking of the earth takes place. There are two kinds of waves that radiate through the earth during an earthquake, one called the Rayleigh waves which move with a rolling, up and down motion, while the other is called love waves, which cause the ground to twist from side to side.

They are responsible for quaking, cracking of the earth’s crust, crumbling of buildings, etc. Depending on the amount of energy released in the form of these waves, the earthquake’s magnitude varies. They’re also triggered by volcanic eruptions wherein, molten magma under the earth’s crust exert enormous pressure, releasing it through openings in the plates.

There is a lot of research being conducted by scientists in the field of earthquake forecasting, so as to minimize the amount of devastation caused by it. Intimating people before an earthquake and evacuating the area would help save millions of lives.

However, despite all the decades of efforts scientists have not been able to predict earthquakes, so, the best thing to do as of today is to update yourself about earthquake management.