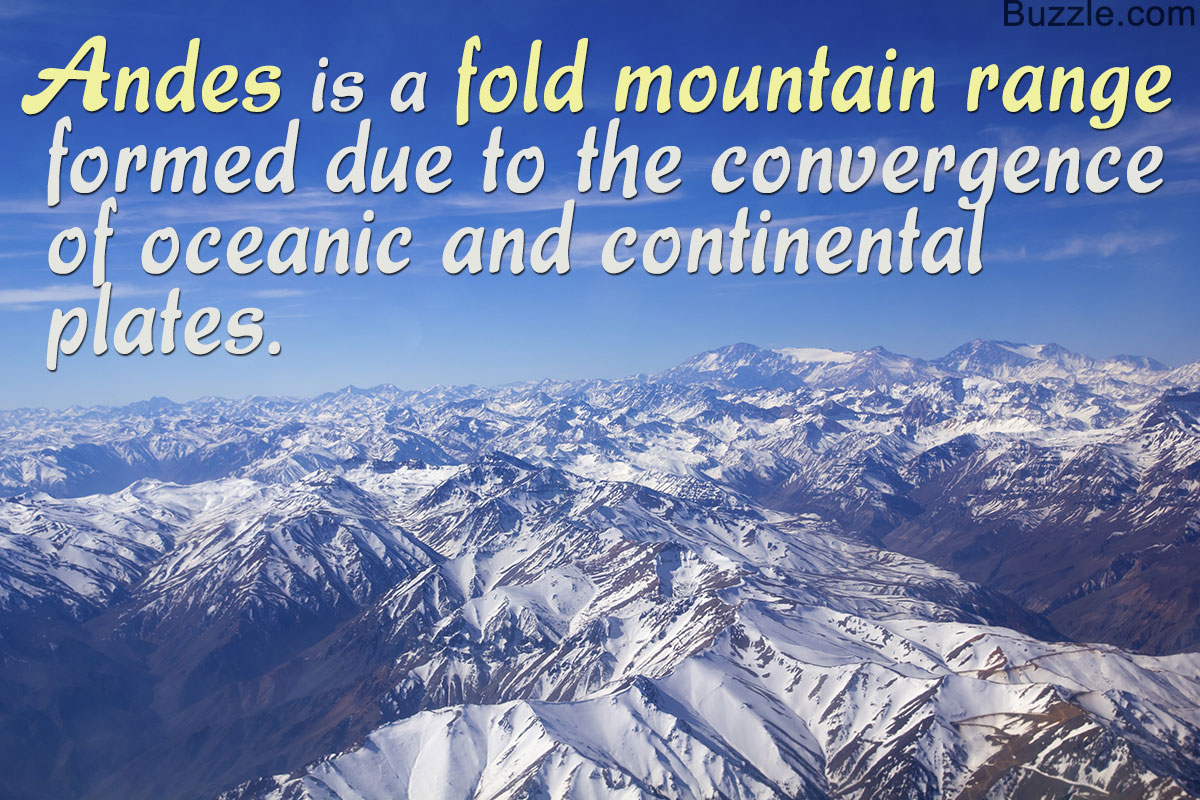 The South American continent is flanked by a magnificent mountain range on its west coast. This ScienceStruck article explains the formation of the Andes mountain range.

Range of Highs and Lows!

The Peru-Chile trench or the Atacama trench in the east Pacific ocean is 8065 meters deep. Whereas, the highest peak of the mountain range, the Aconcagua peak in Argentina, is 6960 meters high. 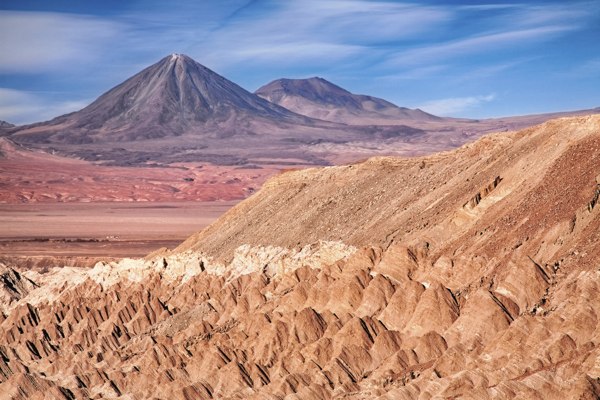 A mountain range is a series of mountains or line of mountains that is related in origin. The Andes mountain range is a plateau region including mountains and peaks at different altitudes. Andes is a continuous chain of mountains extending over 7000 km in length. The width of the range varies between 200 km to 700 km, and the greatest width of about 700 km is found in the Central Andes of Bolivia. It is spread across the countries of Venezuela, Colombia, Ecuador, Peru, Bolivia, Chile, and Argentina on the west coast of the South American continent.

Divisions of the Andes 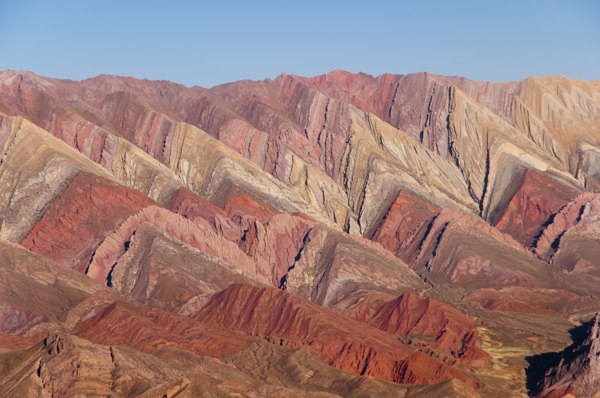 The mountain range can be classified broadly into three sections, associated with the countries it is found in.

These are the plateau regions formed between the parallel mountain ranges found in the central and western regions of the Andes. The inclination of the Cordillera Oriental mountain chain towards the east is also one of the reasons forming the intermontane plateau that joins segments of the range spread across different countries.

Formation of the Andes dates back to the Cenozoic Era (approximately between 60 to 2 million years ago). The present form of the mountain range is believed to have taken shape since the Cretaceous Period. It has been a process of continuous evolution and did not happen to be one particular event on the geological time scale. So, the period of uplift of the mountains varies from north to south, and from its eastern to western ends. 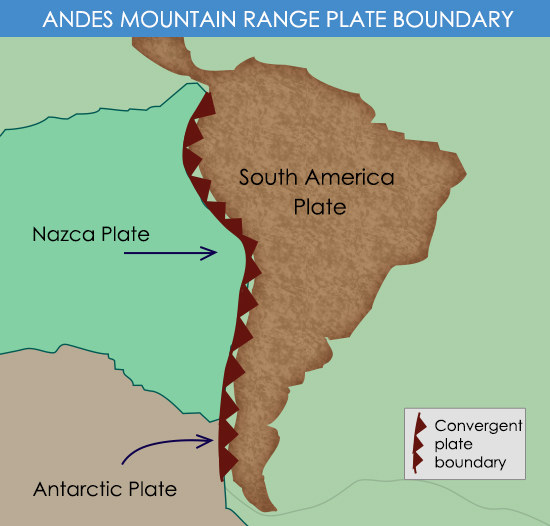 It can be said that the mountain range is largely a consequence of the plate tectonics resulting into massive fold mountains at the continental margins. 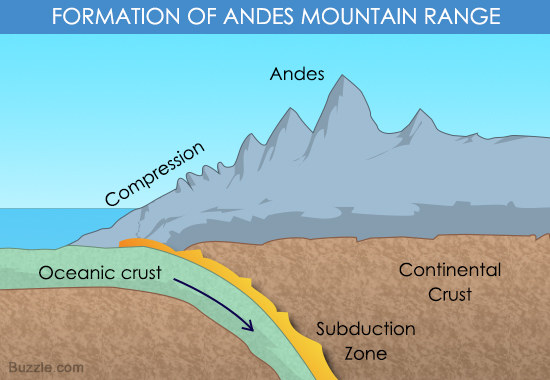 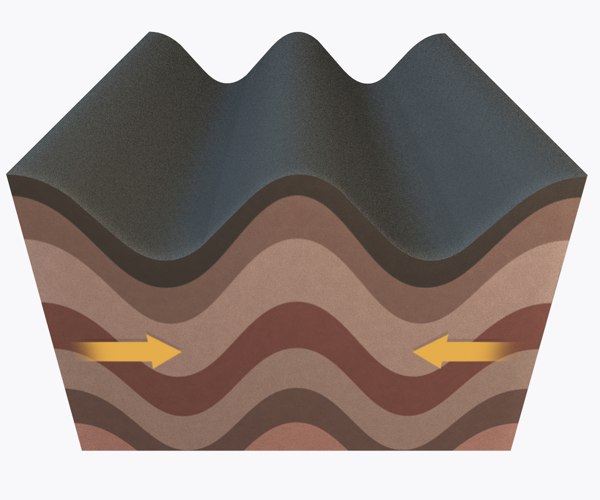 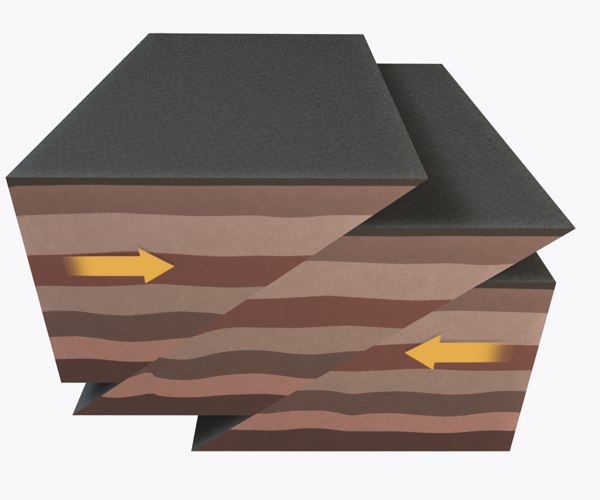 The Atacama fault is a strike-slip fault where two blocks move horizontally, along a vertical fault line. This process of continuous deformation of the continental crust for millions of years together has resulted into the formation of fold mountains. The youngest deformation is observed at the Central part of the Andean range in Chile and Argentina.

The uplift of the continental crust due to subduction caused huge portions of magma from the mantle to form a volcanic arc along the border of the continental plate. Also, the hot magma intruded the rock structure of the continental plate, resulting in fissure-like veins and dikes (vertical channel) underneath. The actual rise of the mountain range or the process, which gave it the current form, is believed to have been began around 25 million years ago.

The rate of plate movement though slow (a few centimeters per year), has immense magnitude when resulting in minor earthquakes and volcanic activities. The Andes mountain range is a part of the Pacific Ring of Fire, which is a ring of volcanoes encircling the continents facing the Pacific ocean.

The evolution of the Andes due to plate tectonics, volcanism, and sedimentation has blessed regions of the South American continent with many rich and valuable mineral resources. Mineral wealth exploitation began during the Spanish conquest of South America.