Put an End to the Debate: Father of Calculus – Newton or Leibniz? 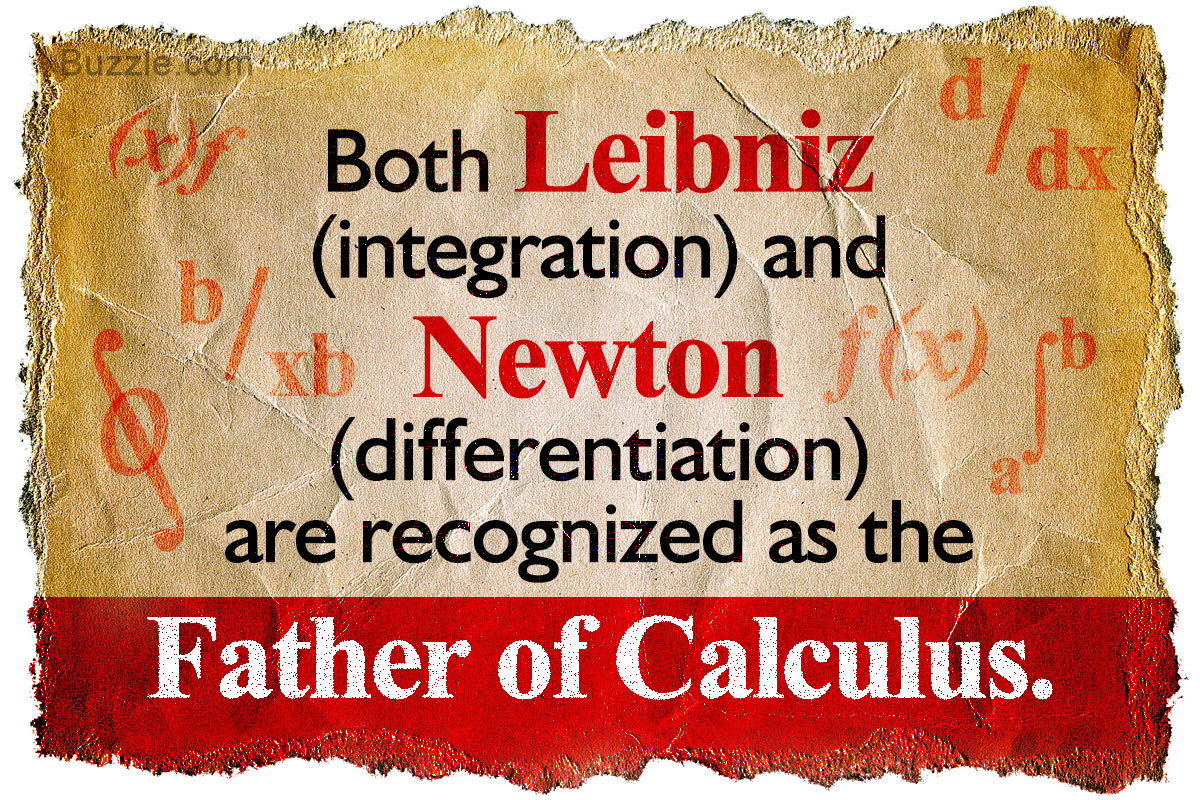 Calculus, the branch of mathematics that deals with derivatives and integrals, has a long-standing controversy of its discovery. It is still debated as to who its discoverer was – Sir Isaac Newton or Gottfried Wilhelm Leibniz!

In the episode titled ‘The Maternal Congruence’, of the famous sitcom ‘The Big Bang Theory’, this priority dispute is shown in conversation between Sheldon and Leonard.

Infinitesimal calculus, i.e., calculus, focuses on limits, derivatives, integration, functions, and infinite series. Calculus was earlier used in physics and astronomy, and in the years that followed, it was introduced in social sciences as well, i.e., in neoclassical economics. The discovery of calculus is a controversial topic though.

Sir Isaac Newton, an English physicist and mathematician, and Gottfried Wilhelm von Leibniz, a German mathematician and philosopher, are the forerunners for the title of the Father of Calculus. There are a few who believe Isaac Newton laid the foundation of this branch of mathematics, while others believe Leibniz discovered it first. ScienceStruck unfolds the various aspects of the priority dispute. 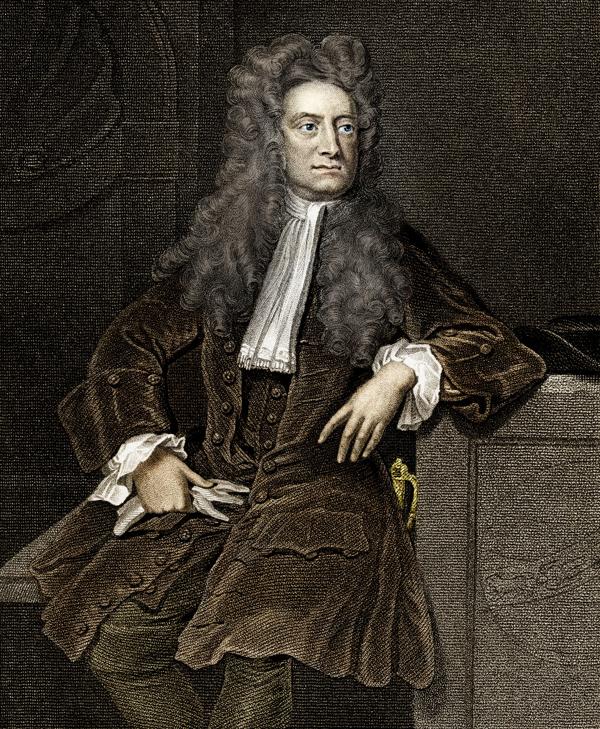 Newton’s contribution to calculus is immense. The method of fluxions and fluents is claimed to be a form of calculus, and Newton began its work in 1666. However, this work of his never got published in any mathematical papers. The product rule, the chain rule, the notion of higher derivatives, the Taylor series, and analytical functions were all a part of Newton’s works. Not only were his works a form of calculus, he also applied them to solve problems. He found the shape of the surface of a rotating fluid, the motion of a weight sliding on a cycloid, and many such similar problems, using his method of calculus.

Newton’s method of calculus was based on limits and concrete reality. The method of limits is still used today for carrying out calculations. The application of limits for calculus is nothing but considering the variables to be changing with time. The Theory of Fluxions was developed by Newton, which was the first method to state the fundamental theorem of calculus. Fluxions is the term used for differential calculus by Newton, and this concept was published in his book, Method of Fluxions, in the year 1736. The Philosophiæ Naturalis Principia Mathematica book was also written during this period. This was a three-volume book series published by Newton, in Latin, in the year 1687. This book contained the basics of classical mechanics and other physics laws. The geometrical form of calculus was explained in the first volume of this book. The second and higher derivatives, and the product and chain rule for integration and differentiation were also contributions made by Newton. 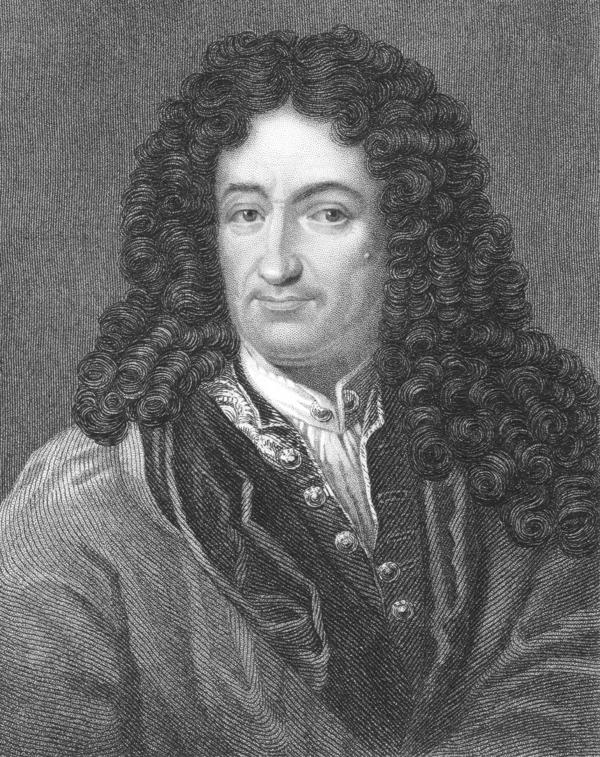 Leibniz was a German mathematician, and has been credited for his contribution to the field of calculus. His mathematical notations are still being used. Unlike Newton, who used limits for calculations, Leibniz was more focused on an infinite and abstract form of calculation. The dissertation of calculus was first published by Leibniz, which triggered the controversy of plagiarism on the part of Leibniz.

As discussed earlier, Newton considered the variables in calculus to be changing with time, but Leibniz thought these variables to be ranging over a sequence of closed values, i.e., these variables were changing but had a certain boundary limit. The definition of this boundary condition was nothing but the dx and dy values, which were the differences between the successive values of the said sequences. The notations that Leibniz used were formal, and the same notations were used uniformly throughout all his works. He used ∫ for integration while d was used for derivatives, the same notations that are used today. For the first time, integral calculus was used to find the area under the graph of the function, y=f(x), by Leibniz. Anyone familiar with calculus will be acquainted with the ‘Leibniz law’, i.e., the product rule of differential calculus. The ‘Leibniz integral rule’ is used to find differentiation under the integral sign. This law is still used today.

Both these great mathematicians have contributed immensely to this field of mathematics. But the controversy regarding who is the Father of Calculus still remains unresolved. Let’s take a closer look at this debate.

The approach taken by Leibniz and Newton for developing calculus was different, however, their goal was the same. The concepts that they created were related to infinitesimal calculus. Although Newton took the geometrical approach towards calculus, Leibniz dealt with it as an analysis tool.

Newton started working on these concepts in the year 1666, while Leibniz’s works are dated around 1674, with his first publication being released in 1684. Newton’s works were never published, until his death. The infinitesimal calculus basics of fluxions or differentials were explained in the Philosophiæ Naturalis Principia Mathematica of 1687, in geometrical form. However, research says that the usage of fluxions began in 1666, but it was published in 1693. On the other hand, Leibniz is known to use differentials in 1675, which is way later than Newton did. The earliest use of this notation was made in a letter that Leibniz wrote to Newton in 1677.

Certain research papers of Leibniz show that he worked independently on calculus. Leibniz came to integration first for infinite series problems, whereas Newton solved it first using derivatives. Newton never had a uniform approach towards usage of notations in solving calculus, while Leibniz developed a set of notations that he formally used in every solution.

The other argument that added to the controversy is the fact that Leibniz saw some of Newton’s manuscripts, and used them in his calculus development work. Leibniz may have plagiarized Newton’s unpublished manuscripts, changed the notations, and published the work as his own. The fact that Newton had already discussed some of the concepts of calculus with his colleagues strengthens Newton’s side of the argument. In 1849, while reading Leibniz’s manuscripts, C.I. Gerhardt, another German mathematician, found traces of concepts from Newton’s De Analysi per Aequationes Numero Terminorum Infinitas, which was published in 1704. Shortly before his death, Leibniz admitted to having seen Newton’s papers, but implied that they had little or no value. He was referring to the papers that showcased the methods of tangents.

It is not an unknown fact that Leibniz and Newton regularly communicated through letters, and the subject of discussion would be mathematics. It is believed that Newton had first discussed his methods, formulas, and concepts regarding calculus with Leibniz in one of his letters. It is suspected that Leibniz might have taken ideas from these letters, and used them to draw his own conclusions.

In 1704, an anonymous review of Newton’s published work on quadrature indicated that Newton had borrowed the idea of fluxions from Leibinz. But this gave rise to the fundamental question, that whether Leibniz had got the idea of calculus from Newton?

The Royal Society of London published the Commercium Epistolicum Collinii & aliorum, De Analysi promota, in the year 1712. This publication had a collection of documents related to Newton’s and Leibniz’s quarrel. This account was published anonymously, but is believed to have been drafted by Newton.

After Leibniz was accused of plagiarism, and the Royal Society credited Newton for the development of calculus, the verdict was withdrawn after sometime. Both men were credited for the development of calculus. When many allegations of Leibniz being a plagiarist appeared, he explained his side of argument in a letter to Abbot Antonio Conti, in 1716.

In order to respond point-by-point to all the work published against me, I would have to go into much minutiae that occurred thirty, forty years ago, of which I remember little: I would have to search my old letters, of which many are lost. Moreover, in most cases, I did not keep a copy, and when I did, the copy is buried in a great heap of papers, which I could sort through only with time and patience. I have enjoyed little leisure, being so weighted down of late with occupations of a totally different nature.

Leibniz sent a letter to the Royal Society explaining his version of events. However, the Royal Society had never asked for such an explanation. Later, the society set up a committee to put an end to this Newton-Leibniz controversy. The committee ruled the case in favor of Newton. It is believed that Leibniz had indeed copied some of Newton’s work (in Britain), and the same is published in the book Philosophers at War: The Quarrel Between Newton and Leibniz.

It was certainly Isaac Newton who first devised a new infinitesimal calculus and elaborated it into a widely extensible algorithm, whose potentialities he fully understood; of equal certainty, the differential and integral calculus, the fount of great developments flowing continuously from 1684 to the present day, was created independently by Gottfried Leibniz.

England refused to recognize Leibniz’s work, and credited Newton for the development of calculus. Newton’s discoveries of fluxional methods were taught across England. However, the rest of the world is still to declare the clear winner.

Whoever may be the Father of Calculus, the contributions of Sir Isaac Newton and Gottfried Wilhelm Leibniz, both, cannot be undermined. Both of them should be credited for the immense work they have carried out in this field.