Incredible Facts About Mount Vesuvius You Wouldn’t Want to Miss

Studying the eruptions of Mount Vesuvius make for interesting reading, because it was the first volcano that produced an eyewitness account when it erupted. Located in Italy, Mt. Vesuvius is a stratovolcano and the only volcano in Europe to have erupted within the last hundred years.

Studying the eruptions of Mount Vesuvius make for interesting reading, because it was the first volcano that produced an eyewitness account when it erupted. Located in Italy, Mt. Vesuvius is a stratovolcano and the only volcano in Europe to have erupted within the last hundred years.

Mount Vesuvius is not currently erupting and is better known for its conspicuous presence amidst the beautiful Bay of Naples. It is responsible for the destruction of the Roman cities of Herculaneum and Pompeii in AD 79. Mount Vesuvius lies at the boundary convergent to the African plate and the Eurasian plate. It is regarded as one of the most dangerous volcanoes in the world because of the potential danger it poses to the population of 3,000,000 people living close to it.

Geology and History of Mt. Vesuvius

Mount Vesuvius is a hump-backed mountain, with a large cone that is partially encircled by a steep caldera. This was caused by the collapse of Monte Somma. This cone or as the locals call it – the Gran Cono was the result of the eruption of 79 AD. The term ‘somma’ means ‘volcano with a summit caldera around a newer cone’. The slopes of the mountain are scarred by lava flows; nevertheless, they are heavily vegetated. At higher altitudes there are scrubs, while vineyards adorn the lower plains.

Vesuvius is regarded as an active volcano even though it produces little or no steam from the vents at the bottom of the crater. The lava is composed of adesite, which is viscous in nature. The whole mountain comprises layers of lava, volcanic ash and pumice. The volcano was formed due to the African plate being pushed beneath the Eurasian plate. The heated crust melted into liquid rock and because the magma was less dense than the surroundings, it was pushed upward, producing the volcano.

Mount Vesuvius is the only volcano in the Campanian Volcanic Arc to have erupted in recent times. The mountain started forming 25,000 years ago. The eruptions vary greatly in severity and are characterized by explosive outbursts. Several times, the eruptions have been large enough to blanket the whole of southern Europe in ash. In fact, in the 472 and 1631 eruptions, the ash from Vesuvius’ explosion is believed to have landed as far as Istanbul – more than 1,200 km away!

Mount Vesuvius was formed by lava flows and smaller eruptions. The style of eruption changed to large Plinian eruptions later. The mountain has been ‘quiet’ for hundreds of years and is ‘covered with vineyards and gardens’. It was the encampment site of Spartacus in 73 BC. The historian Strabo described the mountain in Geographica as a predominantly flat and barren summit with sooty, ash-colored rocks. He also credited the fertility of the surrounding slopes to the volcanic activity.

Pompeii, located around the base of Mount Vesuvius, had a substantial population. During the 79 AD eruption, which lasted for 19 hours, the volcano spawned a cloud of stones, ash and fumes to a height of 20.5 miles and released about 4 cubic kilometers of ash and rock that settled over Pompeii. Pompeii and Herculaneum were never rebuilt. An estimated 16,000 residents of these two town died. The towns remained buried for the next 1700 years and were accidentally rediscovered in 1749.

Mt. Vesuvius is famous for its eruption on August 24 A.D. 79, and besides the city of Pompeii, the cities of Herculaneum and Stabiae were also completely destroyed. The last major eruption of Mt Vesuvius was in March 1944 and it destroyed the villages of Massa di Somma, Ottaviano, San Sebastiano al Vesuvio and part of San Giorgio a Cremano

Vesuvius is still an active volcano, though its current activity produces little more than steam from vents at the bottom of the crater. The area around Vesuvius is now open to visitors and the Italian government has declared the area as a National Park. There is a small network of paths around the mountain, and there is an access road to within 200 meters of the summit. Once you reach the top, you will have a good view of Naples, Pompeii and Herculaneaum. 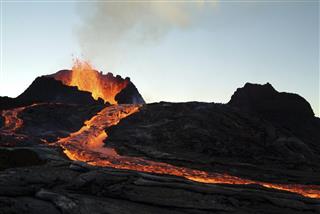 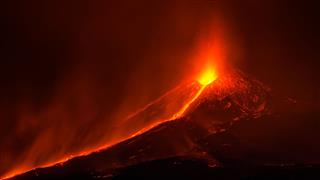 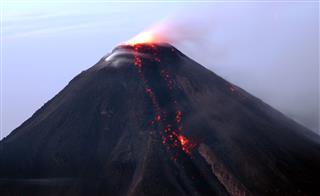 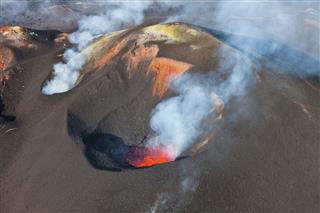 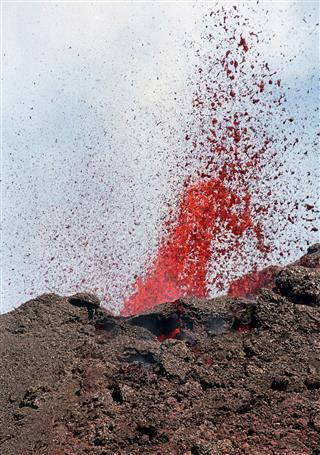 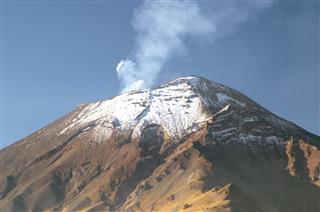