Essential Facts About Global Winds You Really Didn’t Know Before

Wind is very crucial to the Earth's environment and the variations in climatic conditions. Global wind patterns have a lot more to them than just the direction of their flow. Here is an interesting fact sheet about the global winds brought to you by ScienceStruck. 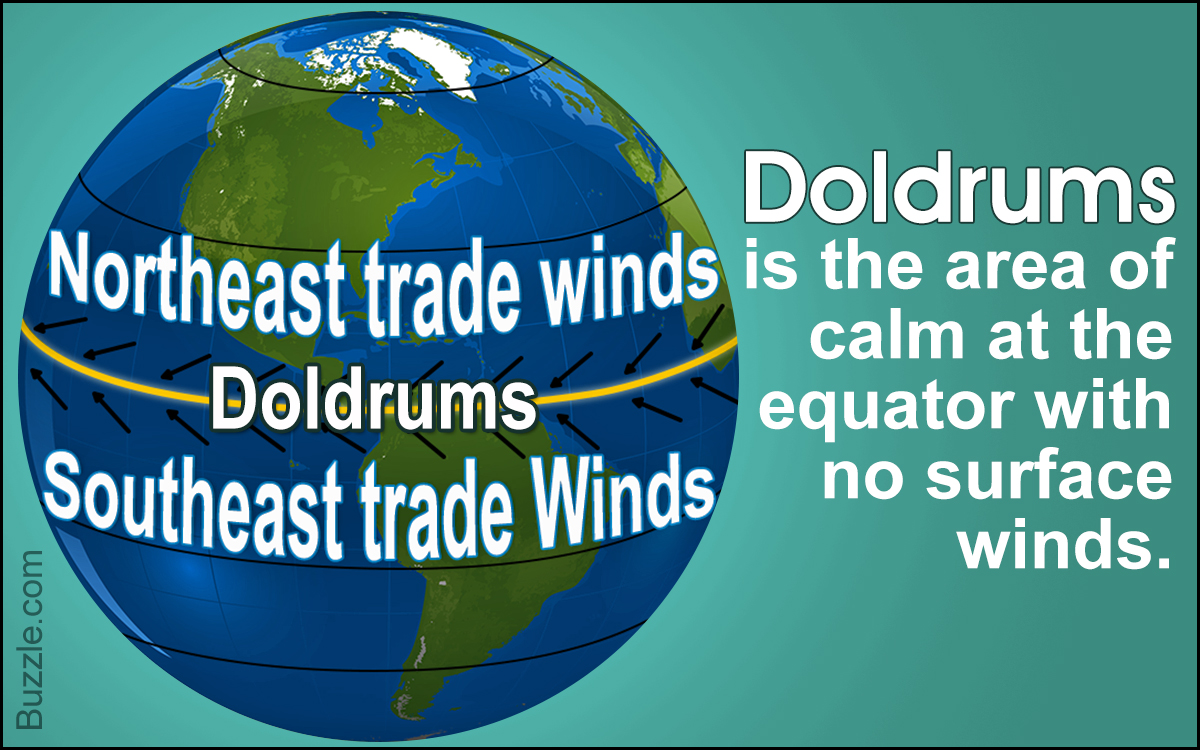 Wind is very crucial to the Earth’s environment and the variations in climatic conditions. Global wind patterns have a lot more to them than just the direction of their flow. Here is an interesting fact sheet about the global winds brought to you by ScienceStruck.

Is Monsoon Related to Winds?

Monsoon is the seasonal reversal of the normal wind pattern. The southwest monsoon winds blowing over the Bay of Bengal and Arabian Sea bring the monsoon rains to Southeast Asia.

Wind is the movement of huge air parcels over the Earth. The global wind circulation pattern is a response to the global pressure belts. Winds travel from the high pressure areas to the low pressure areas. They always try to maintain a balance between the radiation imbalance caused due to different amounts of solar radiation received and absorbed at different locations on the Earth.

Global winds are a mechanism to transfer energy from the equator to the poles. These are major wind patterns formed primarily due to the Earth’s rotation and differential heating of the Earth’s surface at the equator and poles. Let us first understand the wind belts and the air circulation pattern.

Winds blowing between 60º to 90º latitudes from the polar high pressure areas towards the equator. They are deflected to their right in the northern and to their left in the southern hemisphere.

Winds blowing from the tropics towards the poles between 30º to 60º latitudes or mid latitudes. Canada, the U.S. and most of the North American continent experiences westerlies. They also affect the weather in the UK.

These are winds blowing in the tropical areas (northeast and southeast trade winds) between 0º to 30º latitudes.

It is the deflection of winds towards the right (clockwise direction) in the northern hemisphere and towards the left (anticlockwise direction) in the southern hemisphere. This happens due to the rotation of the Earth from west to east. The speed of an object and its motion is relative to the Earth’s rotation. Also, the speed of rotation is maximum at the equator and reduces towards the poles. This is attributed to the Earth’s peculiar shape, with comparatively flat shape at the poles and the bulge at the equator. Coriolis force is thus, zero at the equator and it increases with the latitude.

Air flow in the lower and the upper layers of the Troposphere in both hemispheres has a circular pattern, which is explained from these cells:

Named after George Hadley, this explains the circulation of air above the tropics in both hemispheres. Due to higher temperatures, equatorial areas are low pressure zones. Warm air being light in nature rises at this zone and moves upwards till the end of the troposphere (lower layer of atmosphere). It then flows towards the poles. The cooler and heavier air now sinks at the sub tropical high pressure area at the latitudes of 30º. It further diverges near the surface; one stream of air moving back to the equator forms the trade winds and completes the circulation.

Wind circulation model given by William Ferrel, it explains to some extent the mid latitude flow of winds. At the sub tropical low pressure belt, around 60º latitude, air near the surface converges and rises up along the polar front (the boundary between the cool polar air and the sub-tropical warm air). At the higher altitude though, air starts moving towards the tropics and sinks down at the sub tropical high pressure area or around 30º latitude, forming the westerlies at the surface. Thus, the air circulation in Ferrel cell is opposite to that of the other two cells. However, it is considered to be a little complex and not a completely-known-about phenomenon.

Warmer air from the lower latitudes travels towards the poles. This air sinks at the polar high pressure belt near the poles. It then moves away from the poles towards the tropics, forming the Polar Easterlies with a deflection to their right in both hemispheres.

1. Winds are named after the direction from which they blow. So, for example, Westerlies are winds originating in the west direction.

2. The Inter Tropical Convergence Zone (ITCZ) is where the northeast and southeast trade winds converge. This is an equatorial low pressure zone from where warm air rises upwards. It is also known as the Doldrums.

4. Horse latitudes are high pressure areas where the trade winds and the westerlies converge. They are associated with dry climates and desert formation.

5. Ocean gyre are circular ocean currents formed due to the opposite wind flows of the trade winds and westerlies and as an effect of the Coriolis force.

6. Spanish sailors were aided by the northeast trade winds in finding routes to reach the Americas, and by the westerlies on their way back home.

7. The Roaring Forties are really powerful westerly winds between the 40º and 50º latitudes of the southern hemisphere. They proved helpful to sailors traveling from Europe to the Asian and Australian continent. Their name changes to Furious Fifties and Shrieking or Screaming Sixties if they are stronger. Clipper ships (ships sailing at fast speeds) used these roaring forties, and the route through the ocean was named the Clipper route.

8. The temperature and moisture content of the winds blowing on shore are related to the formation of deserts, cyclones, hurricanes, etc.

9. Jet streams are narrow channels of fast flowing air at the higher altitudes (at around or above 10 kilometers from Earth surface). They flow between the Tropopause (end of troposphere) and the Stratosphere. Westerly jet streams originating over the Mediterranean Sea influence the weather conditions in Europe and Asian continents.

10. Winds blow with greater intensity if the pressure gradient is steeper. Thus, on the contrary, the areas where difference in pressure between two places is less, winds are weaker.

11. Rossby waves are wavy patterns or oscillations of the upper air westerlies changing the nature of the high altitude winds to long waves.

This natural entity called ‘wind’ acts like the nurturer of our precious atmosphere. Moreover, winds blowing over the huge ocean surfaces generate ocean currents, the circulation of which in turn helps maintain the temperature of these water bodies too.