Continental Shelf: A Labeled Diagram and Some Interesting Facts

If you are looking for information about the continental shelf, we have it covered for you here. Along with some interesting facts, there is a detailed diagram of the shelf that will make it easier for you to understand this component of the Earth's continental crust. 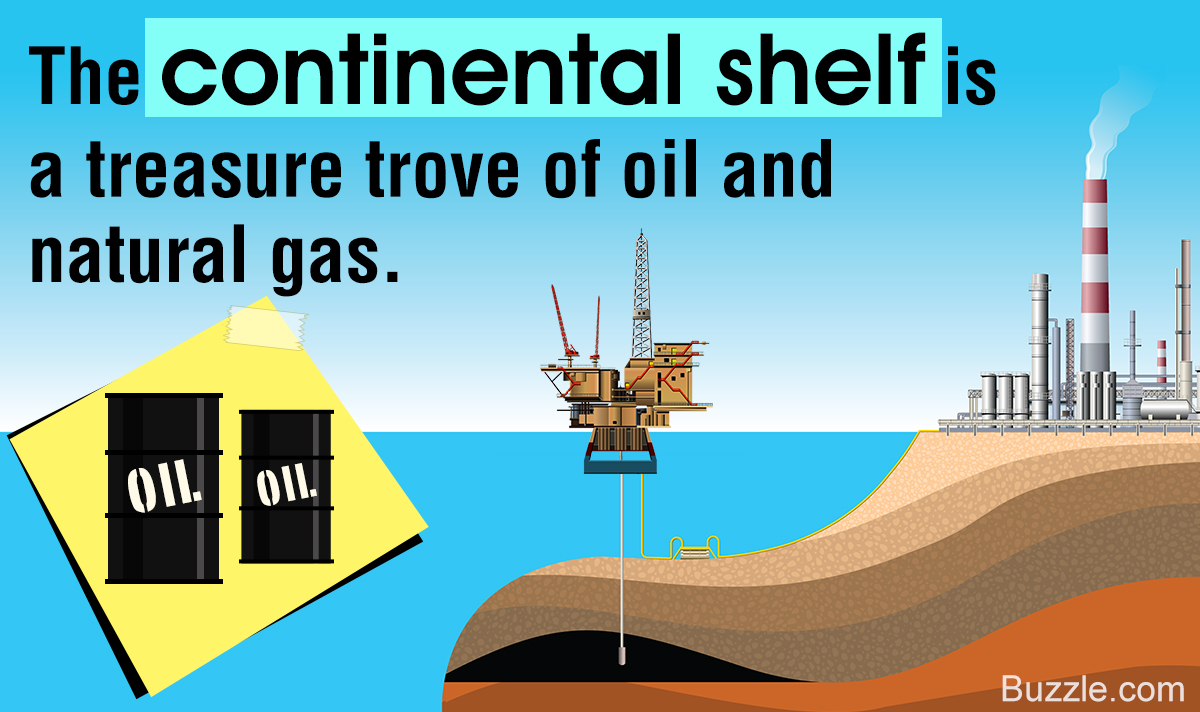 If you are looking for information about the continental shelf, we have it covered for you here. Along with some interesting facts, there is a detailed diagram of the shelf that will make it easier for you to understand this component of the Earth’s continental crust.

Too good to be true!

It’s difficult to imagine mastodons―the extinct elephant-like mammals―roaming on the continental shelf, but that was, indeed, the case during the glacial period, as sea levels back then were about 100 m lower than they are today.

A diagram of the continental shelf

Continental shelf of the world

✦ Width
The width of the continental shelf varies from region to region, with plate tectonics playing a crucial role in determining the same. It is usually narrow in regions with active plate boundaries, the western coast of North America for example, and broad in polar areas where tectonic activity is as good as absent. While the average width of the shelf is 40 miles, it is known to extend for about 800 miles along the northern coast of Siberia.

✦ Depth
The continental shelf has an average depth of 60 m (200 ft). In some regions, however, a depth in the range of 300 – 400 m has also been recorded. The Antarctic continental shelf, with a depth of 350 m (1,150 ft), is one of the best examples of the same. The average slope of the shelf is about 10 ft per mile, while the gradient of the slope is around 0.5°. Interestingly, the shelf is steeper along the Pacific coast as compared to the Atlantic coast.

✦ Formation
The continental shelf was formed when the super-continent began to disintegrate and smaller continents started to drift apart. Back then, this part of the crust was not underwater as it is today. It submerged in water when sea levels began to rise at the end of the glacial period. This was eventually followed by the layer-by-layer deposition of organic (i.e., primarily made of plant and animal remains) and inorganic matter (i.e., sediments in the form of soil brought in by rivers and other agents of erosion) over the course of millions of years.

✦ History
Though it lies underwater today, much of the continental shelf was exposed during the glacial period. As a result, there were several land bridges that connected continents, which are today separated by the sea. One of the best examples of the same is the Bering Strait connecting North America and Asia, which was used by early humans to crossover into the New World.

✦ Ecosystem
Despite the fact that it occupies mere 7 percent of the total ocean floor, the continental shelf accounts for a considerable chunk of the marine life. Abiotic factors, like sunlight, temperature, salinity, tides, etc., ensure abundance of plant life, ranging from algae to kelp, which, in turn, makes the shelf an ideal feeding ground for marine animals.

✦ Resources
The continental shelf has the world’s largest oil and gas reservoirs to its credit. The Bureau of Ocean Energy Management, Regulation, and Enforcement puts the estimated amount of oil in the shelf at 86 billion barrels. Similarly, 420 trillion cubic feet of recoverable natural gas lies beneath the continental shelf.

The natural resources of the continental shelf are not restricted to oil and gas. The shelf has some of the richest fishing grounds in the world, such as the Grand Banks and Georges Bank in North America. In fact, fish caught in the continental shelf form the backbone of the fisheries industry the world over.

✦ Law
The now-obsolete Convention on the Continental Shelf was the first international treaty to establish the rights of a sovereign state over the shelf surrounding it. Since 1982, these rights are outlined by the United Nations Convention on the Law of the Sea (UNCLOS), which looks into the use of oceans as a whole instead of restricting itself to a part of the huge biome.

The economic significance of the continental shelf translates into political significance as well. That explains why, in the beginning of the 20th century, most coastal nations felt the urgent need to pass laws to control all the natural resources―minerals and fish stock in particular―on their continental shelf.