Certain solids emit electrons from their surfaces when subjected to heat (thermionic emission), electromagnetic radiation (photoemission) and/or an electric field (field emission). Much of electronics, including vacuum tubes, cathode-ray tubes in their various manifestations, and electron microscopes, depend on the emission of electrons from metals and the manipulation of these electrons to perform various tasks. Here's more on the history and theory of electron emission from solids. 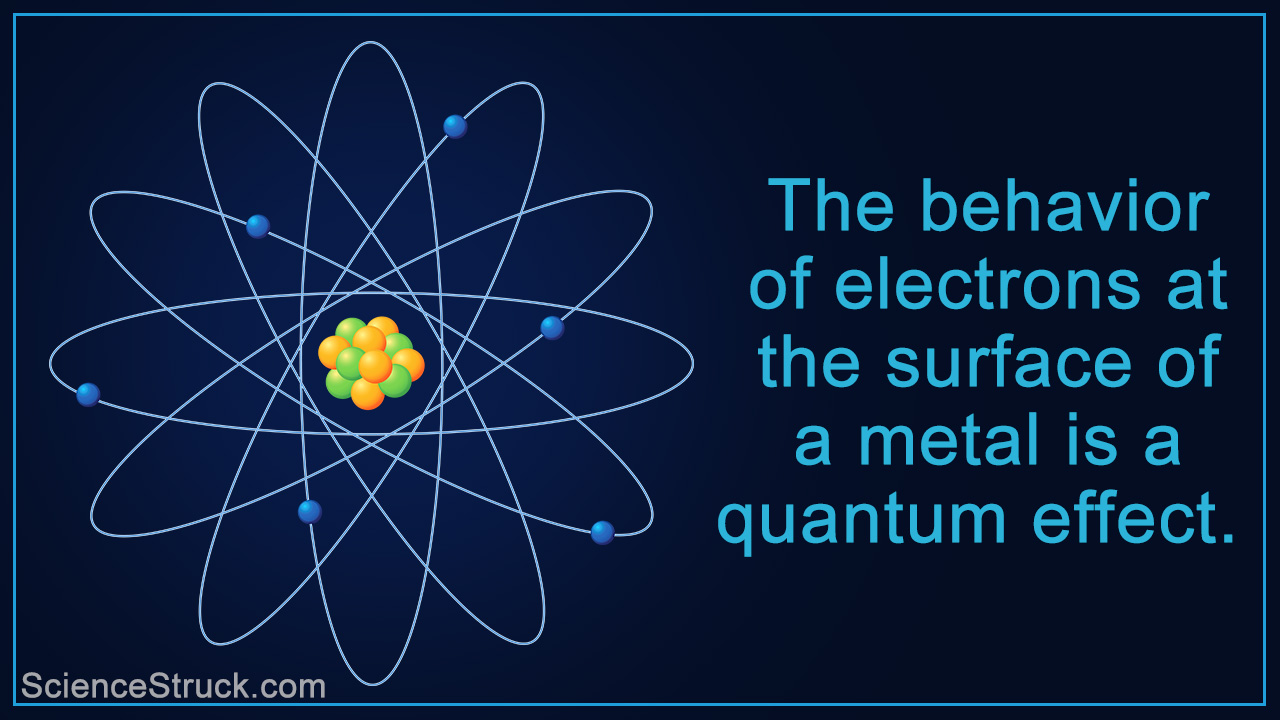 Certain solids emit electrons from their surfaces when subjected to heat (thermionic emission), electromagnetic radiation (photoemission) and/or an electric field (field emission). Much of electronics, including vacuum tubes, cathode-ray tubes in their various manifestations, and electron microscopes, depend on the emission of electrons from metals and the manipulation of these electrons to perform various tasks. Here’s more on the history and theory of electron emission from solids.

Electron emission from solids is a fundamental process underlying electrical transmission in a gas or vacuum, and as such, was among the earliest phenomena to be observed scientifically. In the mid-eighteenth century, Jean-Antoine Nollet and William Morgan conducted experiments showing that the passage of electrical discharge in partially evacuated tubes produced a glow between the electrodes. In the nineteenth century, Johann Hittorf and Sir William Crookes independently investigated the radiation produced by a cathode in a vacuum tube, demonstrating that an invisible ‘light’ was produced which caused glass to fluoresce and cast shadows.

In 1897, Joseph John Thompson demonstrated that these cathodic rays were actually beams of negatively charged particles (that is, electrons). He measured their charge-to-mass ratio and noted their behavior in electric and magnetic fields. Thomas Edison obtained a patent in 1884 for a thermionic emission device, consisting of an incandescent wire in an electric field within an evacuated envelope, which was the forerunner of amplifier tubes.

Early investigators were puzzled by the sharp threshold value for photoemission with respect to wavelength, an observation which could not be explained by classical electrical theory but which was correctly described by a quantum process by Albert Einstein in 1905.

The cathode ray tube(CRT) , equipped with a phosphorescent screen, became the basic device for translating electronic signals into visual displays―initially in scientific instrumentation, in such devices as oscilloscopes, and later in television and computer screens. Modern CRT devices rely on electron guns based on field emission, which provide greater life, brightness, and focusing ability than the thermionic or photoemission sources. The electron source in a CRT acts as an amplifier of a weak signal (from an antenna or the logic circuit of a computer) in a manner which is analogous to the triode. This electron source also incorporated a magnetic deflector, which moves the electron beam across the phosphorescent background at a constant rate to create a two dimensional image from an essentially one dimensional electronic signal.

The ionoscope and the multiplier phototube, invented by Zworykin in 1923 and 1935 respectively, set the stage for television and video cameras. A television camera is defined as a device for converting photons into electrical signals which operates on the principle of photoemission. Early versions incorporated tubes, but later cameras used semiconductor technology.

Electron beams are capable of delivering high levels of energy with great precision. In the 1950s’ and early 1960s’, considerable research was devoted to the use of electron beams in welding, machining, and metal refining on a miniature scale. These devices were cumbersome because of the need to operate in vacuum, and this technology has been largely supplanted by lasers. The development of a very powerful and flexible laser based on magnetic manipulation of an electron beam brought electron beam technology into the forefront of instrumentation.

The electrons within a metal can be visualized and modeled as a form of ‘electron gas’ in which individual outer shell electrons are capable of moving freely under the influence of an electric field; this movement of electrons is responsible for the function of electric circuits. At the surface of a metal, a potential barrier exists which prevents the electrons from escaping unless certain conditions are met, whereupon the metal emits electrons into the surrounding vacuum or gas. This emission produces a beam of free electrons which carries current and is capable of being manipulated in many of the same ways that light is being manipulated. Both the current carrying and optical properties of electrical beams have unique aspects that make such beams indispensable in electronics.

The behavior of electrons at the surface of a metal is a quantum effect. Electrons bound to atoms exist in discrete energy states. An electron may exist in the ground state, corresponding to absolute zero temperature, or it may absorb energy and be raised to a discrete higher energy level by heat or irradiation by electromagnetic radiation. In metals and crystalline solids, the shared electrons occupy energy bands rather than discrete energy levels.

Electrons are unable to escape from the surface of the solid because the energy of an outer shell, ground state electron in the solid is less than the energy of a free electron in vacuum. In order for an electron to be ejected from the surface, it must either surmount the surface potential barrier by having energy equal to or greater than that of a free electron in the surrounding medium, or tunnel through the barrier. The phenomenon of tunneling is considered to be in the context of field emission, to which it is specific.

The ejection of electrons from a heated conductor is known as thermionic emission. In its most basic form, a thermionic device consists of the heated, negatively charged cathode (which serves as the electron emitter) and a positively charged anode to draw off emitted electrons, both of which are enclosed in a vacuum―typically a glass tube. A vacuum is required because electrons traveling through a gas are scattered and dissipate their energy in heating the gas. In addition, chemical reactions between the cathode and any substances present in the tube poison the cathode, decreasing emission. Unless an anode is present to draw off emitted electrons, they build up in a space charge around the cathode, increasing the energy required for electron emission.

Photoemission relies on the interaction between an incident photon of electromagnetic radiation and an electron near the surface of a metal or electromagnetic semiconductor. The energy of the incoming photon (E=hv, where v is frequency and h is Planck’s constant) is entirely absorbed by the electron with which it interacts. Electron emission occurs when photon energy exceeds the difference between the Fermi energy level and the energy of a free electron in a vacuum. This difference is known as the photoelectric threshold energy and is identical to the work function in a metal.

Field emission or cold emission occurs when a high voltage difference exists between the cathode and the anode. The presence of an electric field causes a deformation and thinning of the potential barrier at the surface of a metal. The electron behaves as a wave rather than a particle. The wave function does not disappear at the potential barrier but decays into it, with the finite probability that the electron will be located outside the barrier. The electron is said to have tunneled through the barrier since it did not acquire the energy to overcome it.

The actual emitter in a field emission device consists of an exceedingly fine wire with a rounded tip. The tip, which may be submicroscopic 100 angstroms in diameter, acts as a point source of electrons radiating in a cone. In field emission and field ionization microscopes, the radial pattern of radiation propagation serves as its own magnifying system; in other electron beam applications, such as electron microscopes and cathode ray tubes (CRT’s), the beam is focused by means of electromagnetic lenses. Electrons at or near the Fermi energy level, where the barrier is thinnest, contribute most to field emission. Field emission is only weakly temperature dependent.