Simply put, chemical potential energy is the energy stored in atoms and the chemical bonds between them. This ScienceStruck post explains the concept better, with the help of examples. 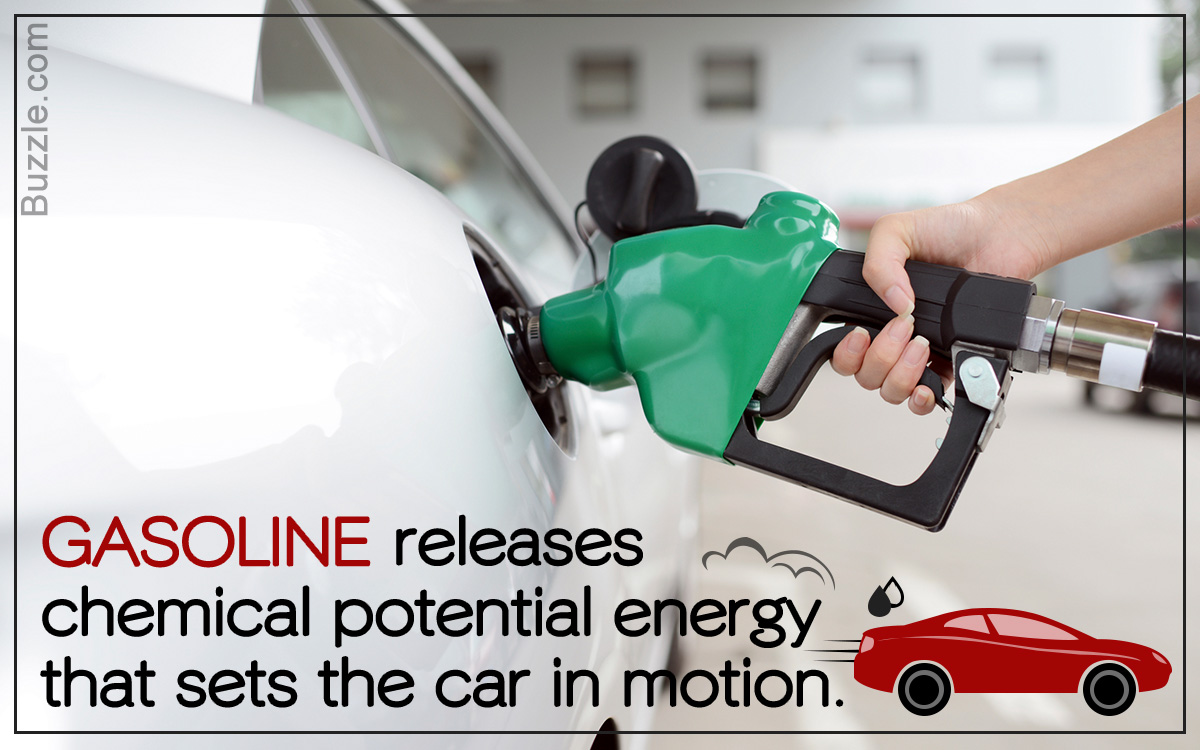 Simply put, chemical potential energy is the energy stored in atoms and the chemical bonds between them. This ScienceStruck post explains the concept better, with the help of examples.

Fuels such as charcoal are hydrocarbons (containing only carbon and hydrogen) which, on burning in air, break down into simpler compounds. The contained chemical potential energy, thus releases as heat along with light energy that is generated simultaneously. This is what makes the fire glow as it burns.

Potential energy can be defined as the energy that a body stores within itself by virtue of its position.

On lifting an object from its rest position, there will be stored energy. This energy will have the potential to do work on releasing. There are several forms of potential energy such as gravitational, elastic, nuclear, and chemical potential. Chemical energy refers to the energy that is responsible for keeping the atoms together within molecules. Due to this, chemical bonds are considered as storage places for potential energy.

What is Chemical Potential Energy?

It is the energy that is stored within the bonds of atoms and molecules of a substance. This stored energy is released, when the substance undergoes a chemical reaction and the bonds are broken. Furthermore, the conservation of mass is maintained in such processes. It has been observed that chemical potential energy is present in many naturally-occurring and man-made compounds.

The atoms that are strongly bonded (ionic or covalent bonds) are said to have low potential chemical energy as compared to those with weaker bonds. This is because, for stronger bonds to break, a greater amount of external energy is required. Whereas in the case of weaker bonds (like van der Waal type), less energy is required for breaking.

Furthermore, there is a release of energy on the formation of these bonds between atoms. Here, there is conservation of energy (i.e. energy is neither created nor destroyed). As a great amount of energy is required for the breaking of strong bonds, much energy would be released on their formation. Similarly, when weak bonds form, little energy is released.

✦ The food that we consume stores chemical potential energy that is released by digestion and used as a fuel by the human body.

✦ The mass of an object will determine what amount of energy would be converted. This is said to be a good approximation of the chemical potential.

✦ The temperature determines the change in an object’s chemical energy i.e. at higher temperatures, more bonds tend to break and the substance undergoes a chemical reaction.

Thus, you must have realized that chemical potential energy refers to the energy stored in a substance owing to the chemical bonds present in it. Can you think of more examples of this type of energy? Do add them to our list, through the comments section below.