This article will help you to understand the intricacies of azeotropic distillation and give you an overview of the process and its applications. 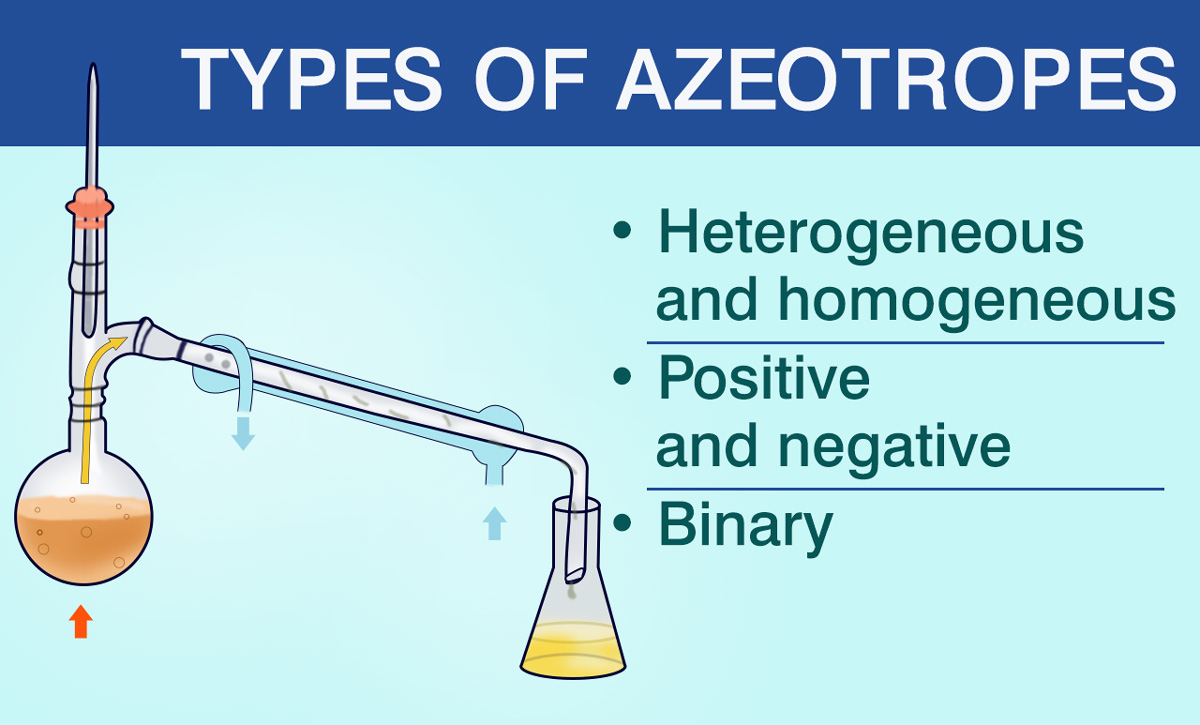 This article will help you to understand the intricacies of azeotropic distillation and give you an overview of the process and its applications.

In chemistry, azeotropic distillation is any chemical process, using which a liquid mixture containing azeotropes can be separated into its original components, by the addition of another substance (for instance, an entrainer), to enable distillation. Azeotropes have a number of uses, but are specifically used in the creation of stable non-flammable compounds made up of a combination of flammable and non-flammable constituents.

This is a process by which a liquid mixture is separated by boiling the liquid, collecting the vapors, and then, condensing them to attain the original components. It functions on the premise that different substances have different boiling points, and therefore, each component of the liquid mixture will vaporize at a different temperature. Thus, each component can be separately captured, cooled, and condensed. The simplest example among the various types of this process is the separation of salt from sea water. When the solution is boiled, water in the solution evaporates at boiling point, leaving the salt behind. The resultant water vapor is collected and condensed to water.

An azeotrope is a mixture of two or more liquids that cannot be separated by the process mentioned above. It is also known as a constant boiling mixture. When it is boiled, the resultant gaseous form or vapor has the same composition, or ratio of components as the liquid state, which is why separation isn’t possible the normal separation method. To split it up, a material separation agent or entrainer is added, which basically ‘breaks’ the mixture. Various parameters are used to classify them, two of which are given below.

This is a substance that is added to an azeotrope to facilitate the separation. A specific entrainer has to be identified for the process of separation, as not all of them will work with a given mixture. A residual curve map is used to identify which entrainer is suitable. They are divided into different types, depending on the function they perform to enable the separation:

There are different types of azeotropic distillation as well, like homogeneous and heterogeneous. The former is a separation process where the entrainer is completely miscible with the liquid. Depending on whether a single component or all the components of an azeotrope need to be separated, continuous distillation is carried out, until the desired constituent is achieved. In the latter, the entrainer will form an azeotrope with one or more of the components of the initial azeotropic mixture, enabling separation of the remaining constituent by a cleansing sequence.

This process is an important process in chemical engineering. Understanding the terms used in this methd will give you the ability to grasp the intricacies of this topic.