A compilation of some interesting facts about the Arabian Desert -- the second largest desert in the world -- intended to shed light on its geographical and biological attributes, both of which are quite intriguing in themselves. 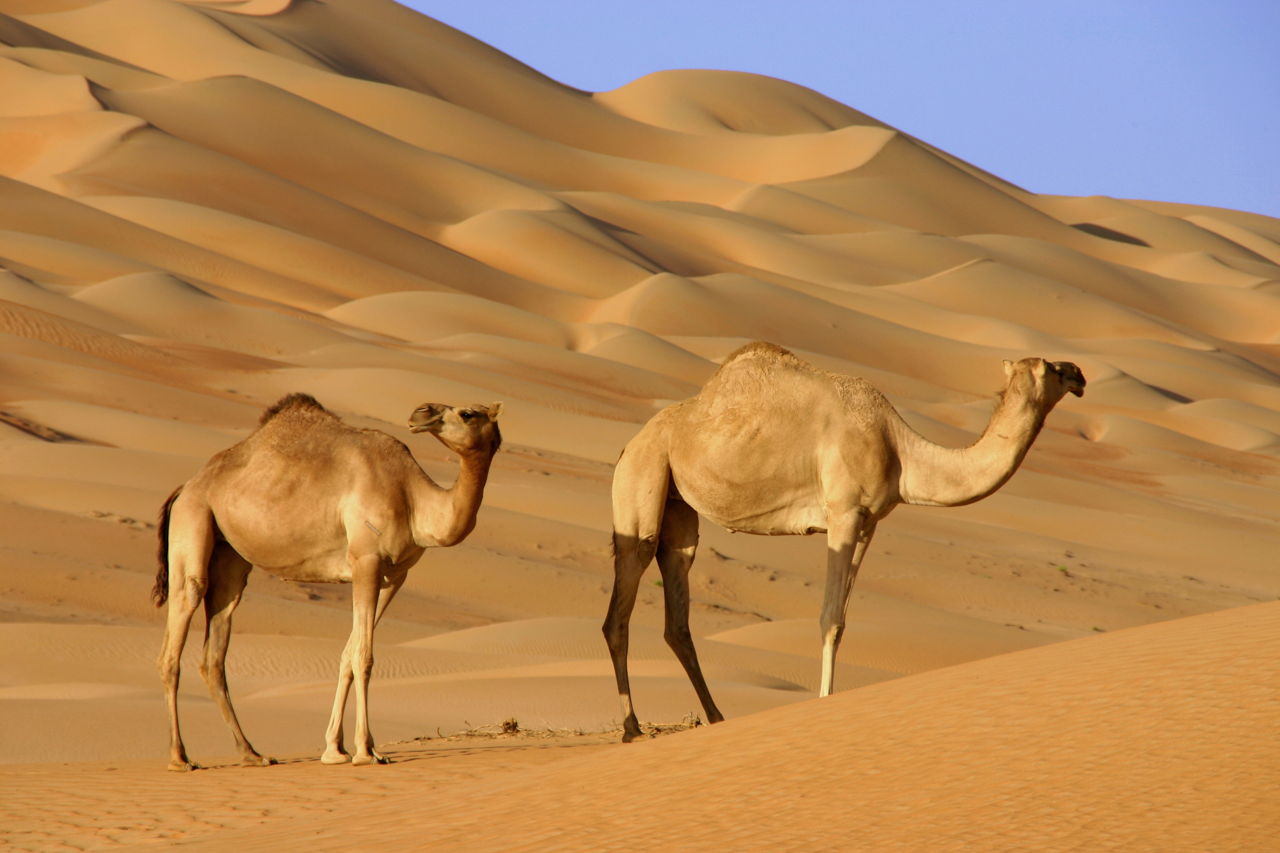 A compilation of some interesting facts about the Arabian Desert — the second largest desert in the world — intended to shed light on its geographical and biological attributes, both of which are quite intriguing in themselves. 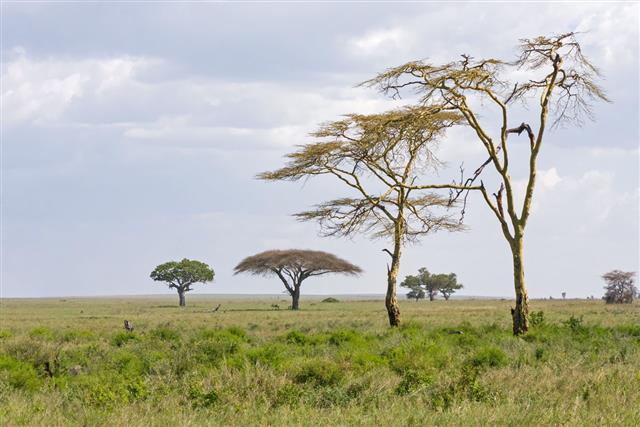 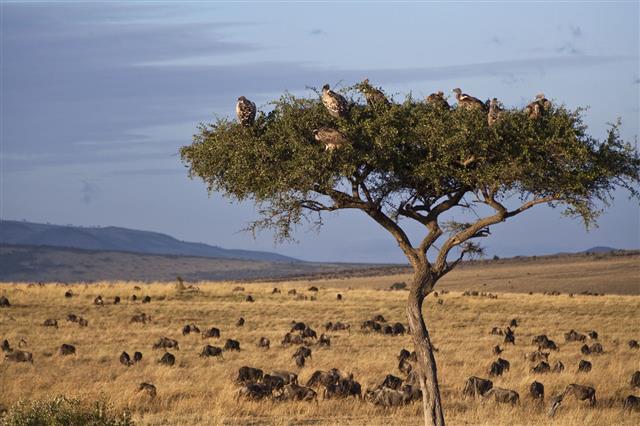 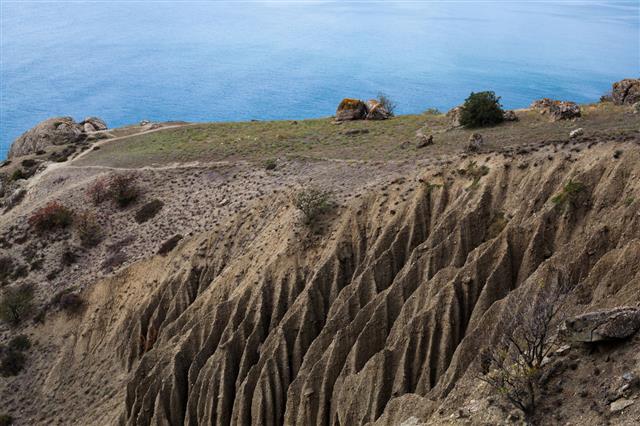 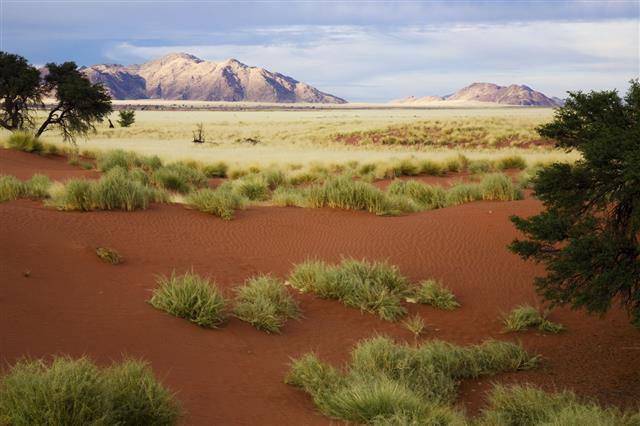 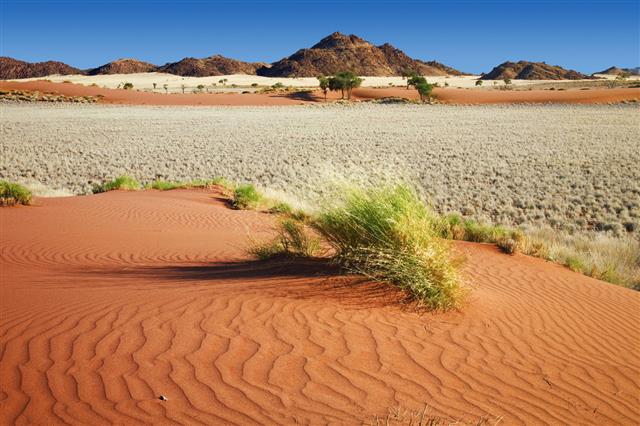 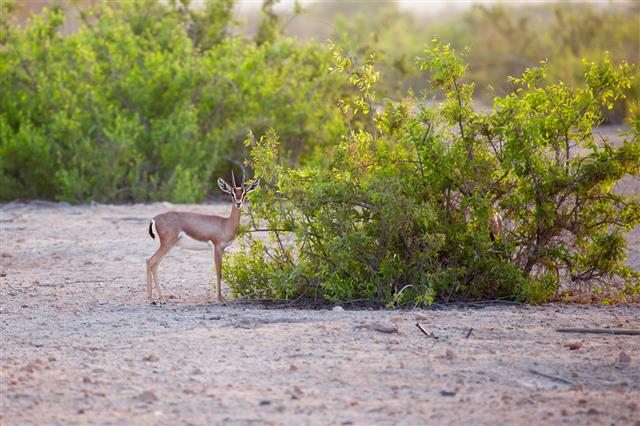 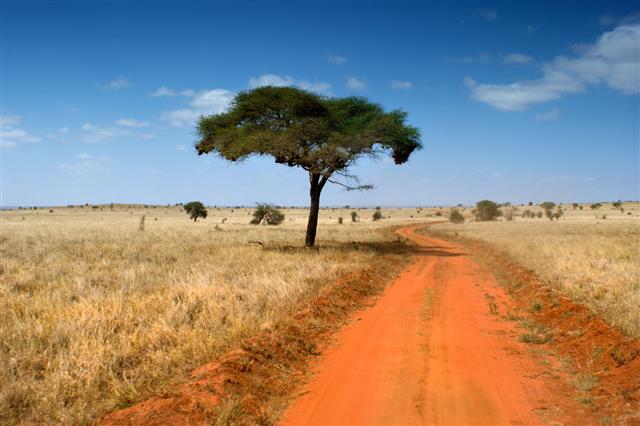 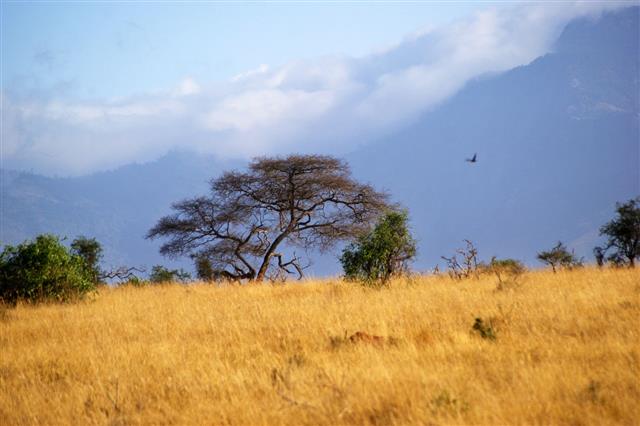 A desert without cactus may come across as unbelievable, but if seeing is believing, then the Arabian Desert is where you need to go. We often associate deserts with sand, camels, and cacti — it’s perhaps the depiction of a desert in popular culture that is to be blamed — and a desert without either of these defining attributes just seems so unreal. That, however, is far from the truth, and as you go through facts about the Arabian Desert, many more things will become clear.

The Arabian Desert is one of the most prominent attributes of the Arabian peninsula, which isn’t surprising considering it virtually covers the entire peninsular region. While the harsh environment of the Arabian Desert — typically characterized by extremely hot days and freezing nights — makes it unsuitable for humans, quite a few plants and animals have successfully adapted to this region. Having said that, it is a bit surprising that a range of facts about this desert, especially the ones pertaining to its geographical location, climate, and biodiversity, continue to elude most people of the world.

Facts about the Arabian Desert

» At 899,618 sq mi, the Arabian Desert is the second largest desert in the world. It measures 684 mi from north to south, and 1,305 mi from east to west. Virtually encompassing the entire Arabian peninsula, the Arabian Desert stretches from the Persian Gulf to Yemen, and from Oman to Jordan and Iraq.

» It occupies a large part of Saudi Arabia, and simultaneously extends into the neighboring countries, like Yemen, Egypt, Iraq, Bahrain, United Arab Emirates, and Jordan. The desert is bordered by the Nile valley, in the west, and the Red Sea and the Gulf of Suez, in the east.

» The vastness of the Arabian desert is very well highlighted by the fact that it houses the largest sand desert in the world — the ‘Rub’ al Khali‘, which lies in its center. Also known as the ‘Empty Quarter’, the Rub‘ al Khali spans an area of 250,000 sq mi, covering parts of Saudi Arabia, Oman, UAE, and Yemen.

» The climate of the Arabian Desert is classified as hyper-arid, typically characterized by extreme dryness and frequent temperature oscillations. The annual rainfall in this region seldom exceeds 35 mm. Extreme heat prevails all throughout the day, while the nights are freezing cold. The average temperature ranges between 104-122 °F in summer, and 41-59 °F in winter. At times, the temperature is also known to go below the 0° mark, which makes the conditions harsh and unsuitable for human habitation.

» Though extreme, the conditions of the Arabian Desert fail to dissuade plants and animal species from inhabiting this region. With the scant amount of rainfall this region receives, the most crucial plant adaptation here is undoubtedly the ability to survive with minimal water. While the plants manage by preserving the available water in their fatty tissues, the herbivores derive water stored in plants when they feed on them.

» The Arabian Desert may not boast of biodiversity at par with the Amazon rainforests, but it does have its own share of species; some of which are endemic to this region. Other than insects, like beetles, butterflies, and moths, the Arabian Desert is also home to arachnids, like the camel spider and fat-tailed scorpion. It also houses a range of reptiles, right from lizards, like the monitor lizard and spiny-tailed lizard, to snake species, like the Arabian cobra.

» Most popular birds found in this desert are the sand grouse and lanner falcon. Similarly, the rare houbara bustard has also been recorded in this area. The list of Arabian desert mammals, on the other hand, includes jerboa, gazelles, Arabian oryx, sand cats, Arabian wolf, red fox, caracal, and last, but not the least, the dromedary camel.

» All these animals have adapted themselves to the harsh surroundings of the Arabian peninsula by resorting to behavioral adaptations, like living in burrows, being active only after sunset, deriving water from their food, storing water in their fatty tissues, and physical adaptations, like long ears to dissipate heat and thick outer covering to reduce the loss of moisture.

» Jerboas boast of being one of the most adaptable species of the animal kingdom, and their wide range makes it more than evident. With quite a few peculiar adaptations at their disposal, these hopping rodents are found in both, hot and cold deserts. Talking of adaptations, the lesser Egyptian jerboa, found in the Arabic Desert, seals the entrance of its burrow by plugging it with sand to ensure that the moisture stays inside and the hot air is kept out. And that is just one of the many adaptations which help this animal survive in the Arabic Desert.

» If the animals have adapted themselves to this harsh environment, so have the plants. The Arabian Desert vegetation mainly comprises ephemerals, succulent perennials, and woody perennials. Most of the plant species are typically characterized by their long roots, short spiny shoots, and fleshy, or needle-like leaves; all of which help them adapt to the harsh conditions of the Arabian Desert.

» Some of the most common plant species found in the Arabian desert include the date palms, caper, ghaf, myrrh trees, juniper, etc. Similarly, plant species like calligonum crinitum and calligonum comosum are also seen widely in this region. Of the various species of plants found in this desert, date palms — known for their delicious edible fruits — are by far the most popular.

» Like we said before, no cacti species are found in the Arabian Desert. However, you are likely to come across some imported species of cactus, which are either commercially cultivated for their fruits, or used for landscaping. One of the best examples of such introduced species is the prickly pear cactus, which is famous for its fruits which taste like raspberries.

» The Arabian Desert also boasts of rich natural reserves of petroleum and natural gas. Petroleum reserves were first discovered in this region in 1936; in eastern Saudi Arabia. Today, the oil refineries in this region produce millions of barrels of oil on a daily basis. In fact, it is this very factor which has put this region in the center of the ongoing political storm.

Oil and gas production has no doubt contributed in the development of this region, but it has also caused a great deal of destruction in this region. Of late, the Arabian Desert has been subjected to large-scale habitat destruction triggered by human activities, such as agricultural activities, overgrazing by domesticated animals, off-road driving, war, etc. If some conservation measures are not implemented soon, it will only worsen the situation — eventually resulting in a series of ill-effects on the ecosystem. 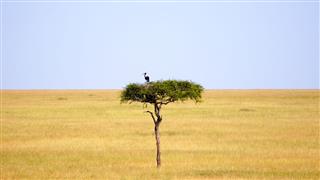 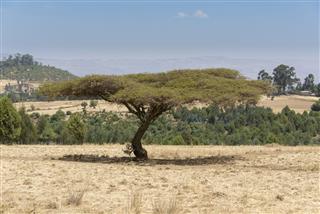 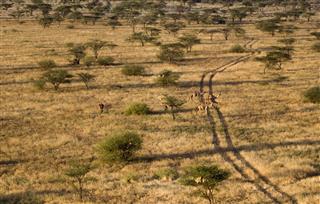 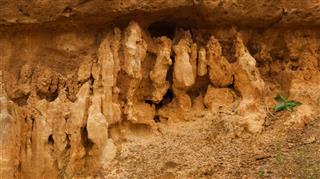 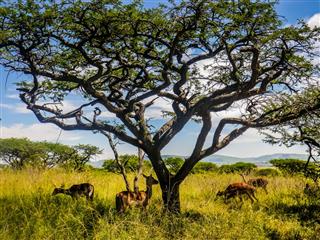 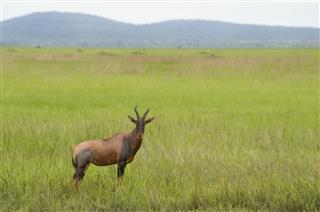 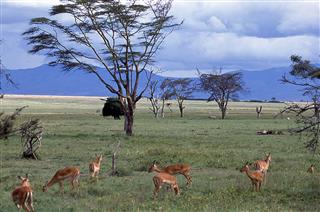 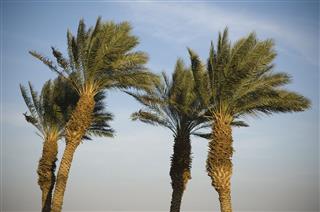 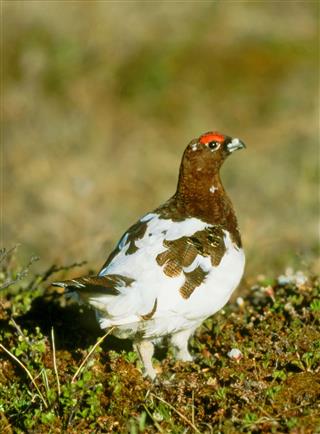