A Simple Explanation of the Food Chain in the Tundra Region

The fragile food chains of tundra support some of the most amazing species on the planet, including the likes of gray wolves, polar bears, snowy owls, and Arctic foxes. For tundra plants and animals, survival is not just about battling the harsh environment of this biome, but is equally about being a part of its complex food web. 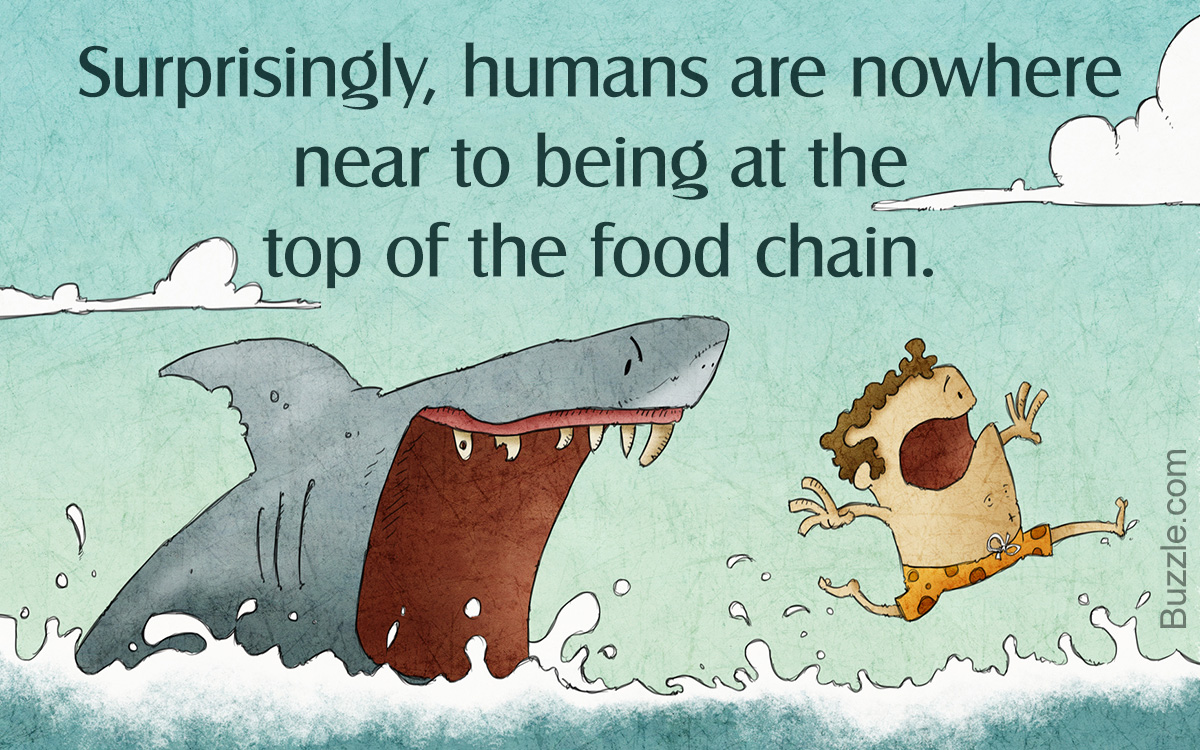 The fragile food chains of tundra support some of the most amazing species on the planet, including the likes of gray wolves, polar bears, snowy owls, and Arctic foxes. For tundra plants and animals, survival is not just about battling the harsh environment of this biome, but is equally about being a part of its complex food web.

One of the most fascinating places in the world, the tundra region is predominantly characterized by extremely cold climate and scarce vegetation. With an average temperature of -25° F, it is undoubtedly the coldest of all biomes on the planet. Owing to its characteristic extreme conditions, the tundra is inhabited by a few plants and animals, each having a crucial role to play in its complex food web.

As most of the land in tundra is covered by permafrost (i.e., permanently frozen ground), you seldom see deep-rooted plants growing in this region. Basically, the tundra vegetation is dominated by shrubs, grasses and perennial forbs, like Reindeer moss, Arctic willow, bearberry, Labrador tea, tufted saxifrage, etc. The considerably lengthy list of animals, on the other hand, includes mammals, like gray wolf, reindeer (caribou), polar bear, and the Arctic fox, as well as birds, like penguins, snow geese, and snowy owls. With freezing temperature and scanty vegetation making it one of the harshest places on the planet, it is surprising to see all these plants and animals thriving in this region.

Food chains basically facilitate the flow of energy from one trophic level to another. In any given food chain, plants (and some species of bacteria) play the role of producers, who harness the Sun’s energy and use it to prepare their own food. With deep-rooted plants virtually absent, the role of producers is played by different types of grasses, shrubs, and lichen in tundra.

As the animals cannot produce food on their own, they are left with no option but to rely on ‘these’ producers to fulfill their energy requirements. The producers form the base of an ecological pyramid and always outnumber the consumers in a balanced ecosystem. In the Arctic tundra, for instance, there are roughly around 1700 species of plants, but only about 48 species of mammals.

The tundra region definitely doesn’t have a biodiversity at par with the rainforests and therefore, the food chains in this biome seldom have more than 3-4 links. The energy produced by plants is first transferred to those animals that feed on plants, i.e., the herbivores, and subsequently to those animals which feed on these herbivores, i.e., the omnivores and carnivores. In tundra, lemmings and reindeer are the primary consumers of  lichen and shrubs. Omnivores like brown bears and grizzlies are the secondary consumers, while carnivores like the Arctic wolves and polar bears are the tertiary consumers.

A particular ecosystem can have a single food web with several food chains woven into it; the tundra food web is no exception. The tundra biome has three subtypes–the Arctic tundra in the Northern Hemisphere, Antarctic tundra in the Southern Hemisphere, and the Alpine tundra, which occurs at high altitudes in various mountains across the world. Each of these have distinct food webs of their own. While the Arctic wolf is apex predator in the Arctic tundra biome, the snow leopard holds this distinction in the Alpine tundra.

Similarly, the Arctic fox and brown bear–the secondary consumers–feed on small mammals, like hares and lemmings, to derive the energy they require. Even though it’s not a hard-and-fast rule, the role of secondary consumers in the food chain is usually played by omnivores. In this case, it’s the Arctic fox and brown bear which don’t just feed on small mammals, but also resort to berries.

Snowy owls, wolverines, and Arctic wolves–the tertiary consumers in tundra food chain–feed on Arctic hares and reindeer to fulfill their energy requirement. Even though a major chunk of the diet of this gray wolf subspecies consists of reindeer, it is also known to feed on small mammals and even on snowy owls at times. Snowy owls don’t perch on trees like other owl species, but instead make their nests on ground. This, in turn, makes it easier for the Arctic wolves to prey on them.

Around 90 percent of the energy is lost when it is transferred from one trophic level to another and therefore, it makes perfect sense for the Arctic wolf–or any apex predator for that matter–to feed on both, primary and secondary consumers.

Being the apex predator, the Arctic wolf doesn’t have any natural predators of its own. It can either die a natural death, or get killed by rival packs. When it does die, the decomposers work on its body and the nutrients are returned to the soil. These nutrients, in turn, facilitate the growth of reindeer moss, lingonberry, and other plant species, and the entire process starts all over again. This process plays a crucial role in maintaining the ecological balance in the tundra ecosystem. 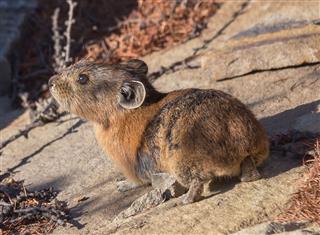 The tundra has one of the most fragile ecosystems on the planet. All the food chains here are woven into each other in such a complex manner that the extinction, or even the decline in the population of a single plant or animal species can result in a disastrous impact on the entire food web. Let’s take the example of reindeer and Arctic wolves–the two most important members of this food web. Reindeer migrate to the tundra region in summer to feed on reindeer moss, so it’s obvious that they will stop migrating to this part if their food stops growing. This will directly affect the Arctic wolves as reindeer form a major chunk of their diet. If the reindeer don’t turn up in summer, these wolves will face severe food scarcity and eventually die of hunger. 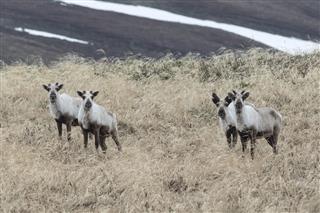 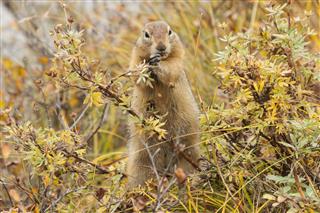 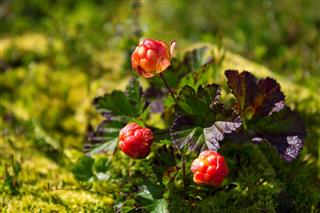 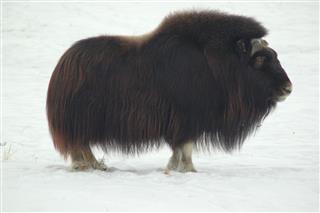 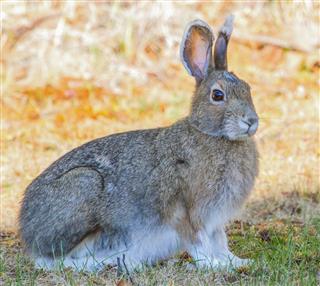 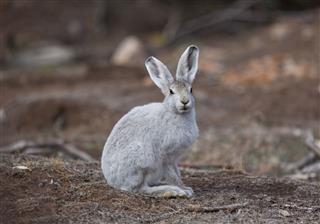 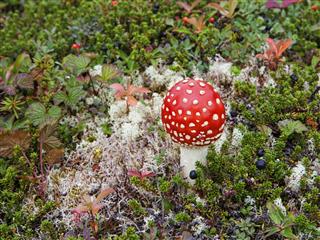 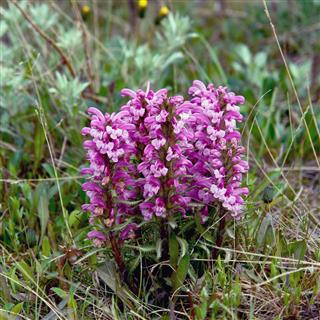 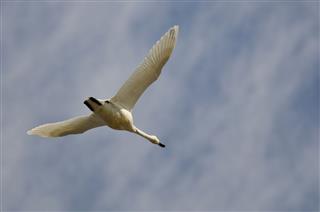 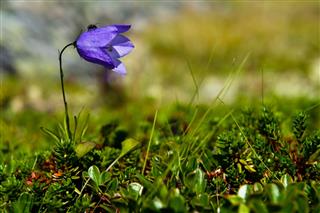 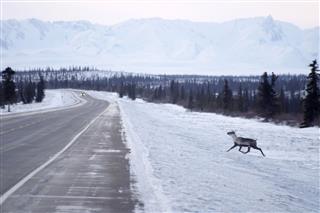