Little-Known Scientific Facts About the Stratosphere 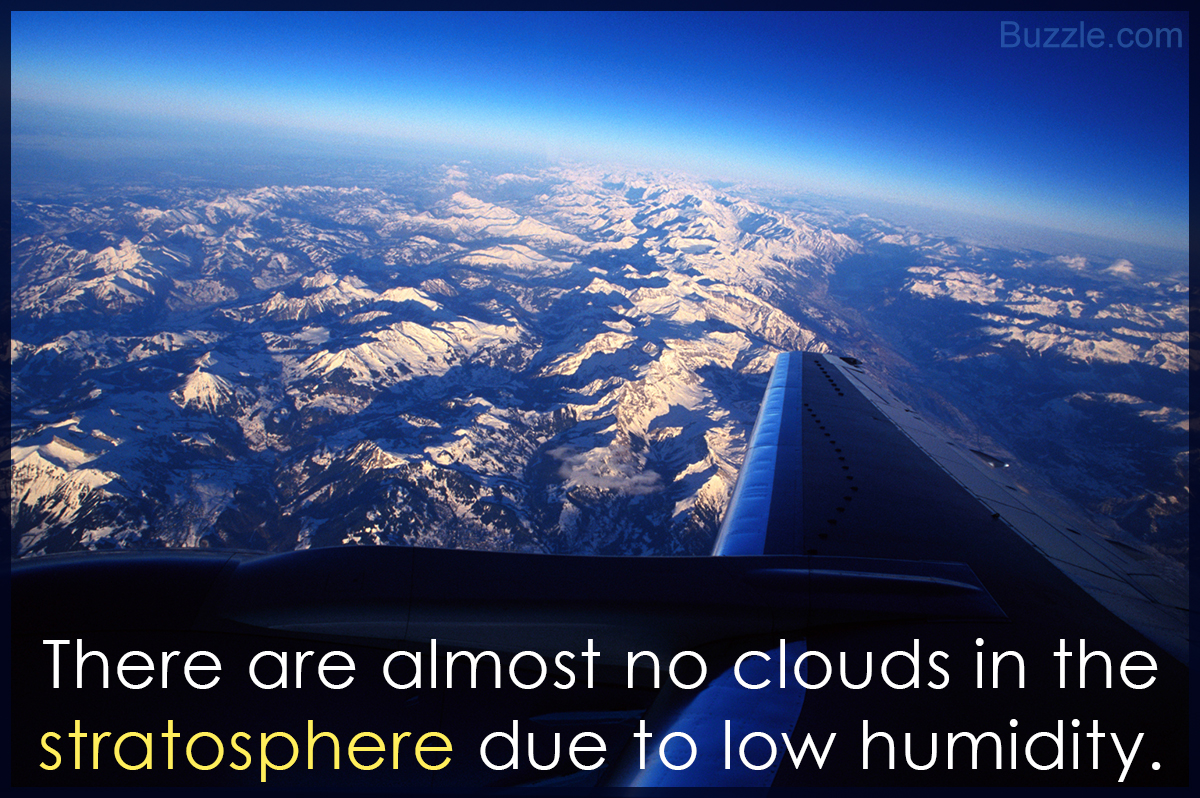 The stratosphere is one of the five layers of the Earth’s atmosphere, and contains the ozone layer. Acquaint yourself with some facts about this layer of the atmosphere and its function in our planet.

We use the term ‘atmosphere’ quite often, but what does it mean? There are four important spheres of the earth – the atmosphere, hydrosphere, biosphere, and lithosphere. Atmosphere concerns the air, and is the term used for the envelope of air which surrounds the earth. This envelope of air is divided into several layers based on various factors like composition, temperature, etc. The five distinct layers of the atmosphere from the bottom are – the troposphere, stratosphere, mesosphere, thermosphere and exosphere, respectively.

It is interesting to note that the atmospheric layers stretch to some 600 kilometers above the ground! The density of air in the atmosphere is the highest at the first two layers, the troposphere and the stratosphere and lowers as we move upwards. Our point of discussion in this article is the second layer, the stratosphere. It is an important layer of the earth’s atmosphere, because it also incorporates the very important ozone layer, the significance of which needs no mention. 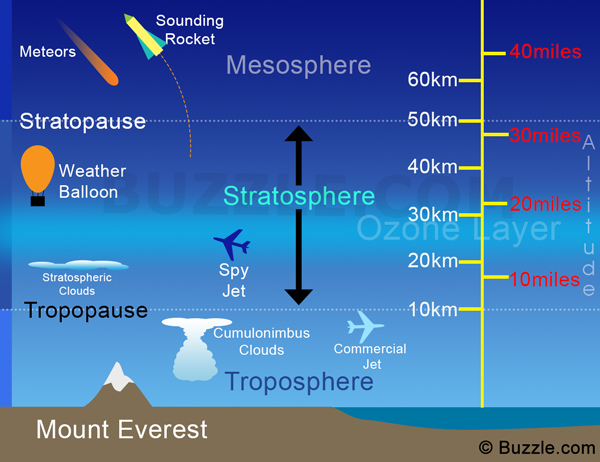 – It extends to some 50 km above the ground level. The ozone layer forms the upper crust of the stratosphere, which is approximately 90% of the ozone in the atmosphere. This layer combines oxygen atoms to form the ozone molecules. Ozone molecules absorb harmful UV radiations from the sun. 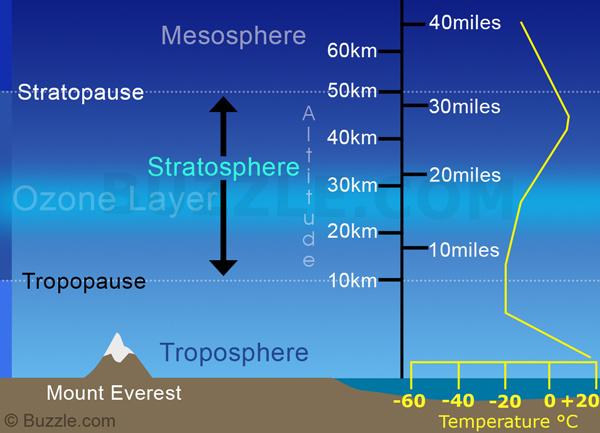 – This is the second layer of the atmosphere from the surface of the earth, and lies between the troposphere and the mesosphere. In the stratosphere – ‘strato’ means layer and sphere is the shape of the earth. Thus it means layer which surrounds the earth.

– There are no clouds in the layer, and though there are wind currents in this sphere, it is a relatively calm layer. The crucial ozone layer, which protects us from the harmful UV rays of the sun, is a part of this atmospheric layer, and forms a thin layer at the upper region of this sphere.

– Spy jets fly in the lower layer as the weather conditions there are conducive to flying. In bad weather conditions, or when the fuel is running out, airplanes move up from the troposphere to this layer because the air density is low, and the planes can fly at top speeds without encountering any turbulence.

– Life exists in the stratosphere in the form of some biological bacteria, making it a part of the biosphere too! Some birds also reach the heights of stratosphere (in the lower part though) and can fly there.