These Names of Active Volcanoes are Sure to Leave You Spellbound

There are various types of volcanoes that are seen on Earth, Mars, and the moons of Jupiter and Saturn. Although some remain dormant, there are many active volcanoes. Located in the basin of the Pacific Ocean is an area called the Pacific Ring of Fire. This region witnesses a large number of earthquakes and volcanic eruptions. The Ring of Fire is home to 452 volcanoes and 75% of the world's active and dormant volcanoes.

There are various types of volcanoes that are seen on Earth, Mars, and the moons of Jupiter and Saturn. Although some remain dormant, there are many active volcanoes. Located in the basin of the Pacific Ocean is an area called the Pacific Ring of Fire. This region witnesses a large number of earthquakes and volcanic eruptions. The Ring of Fire is home to 452 volcanoes and 75% of the world’s active and dormant volcanoes. 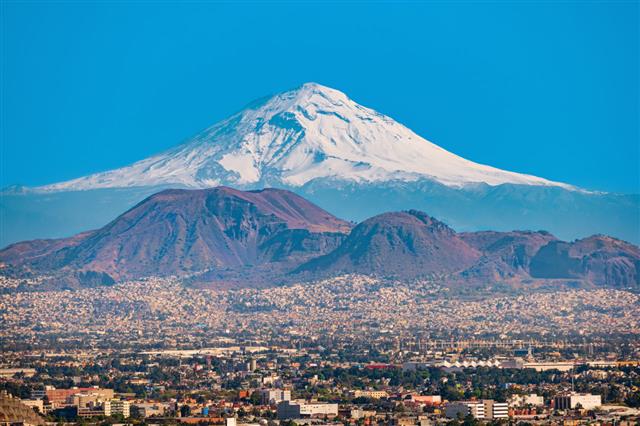 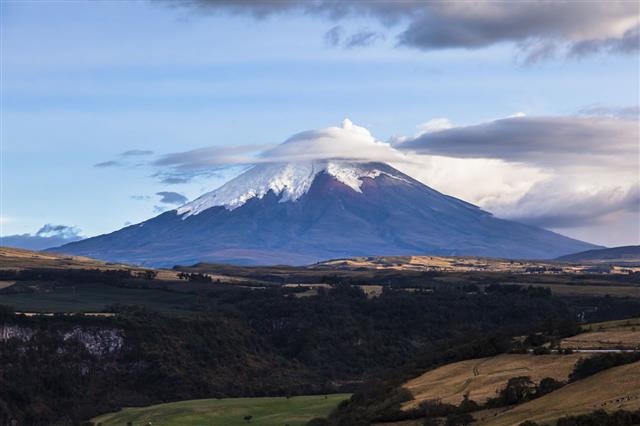 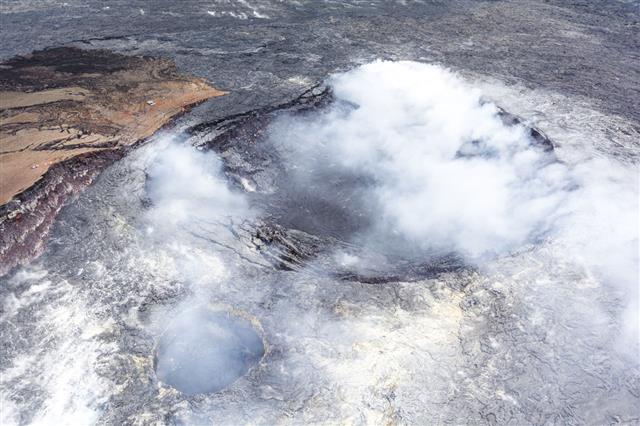 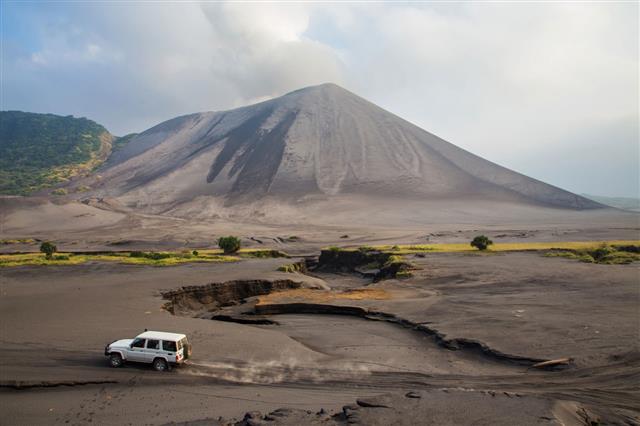 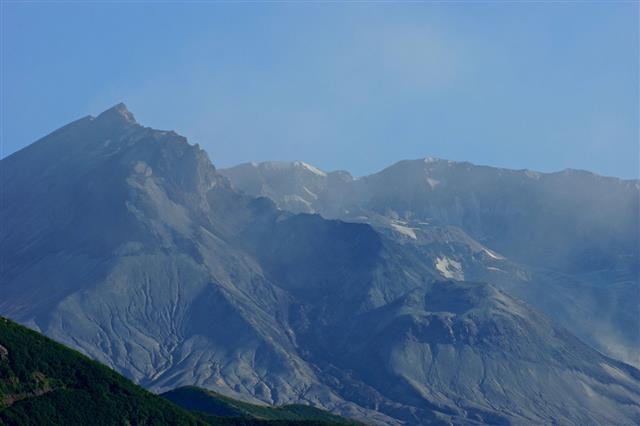 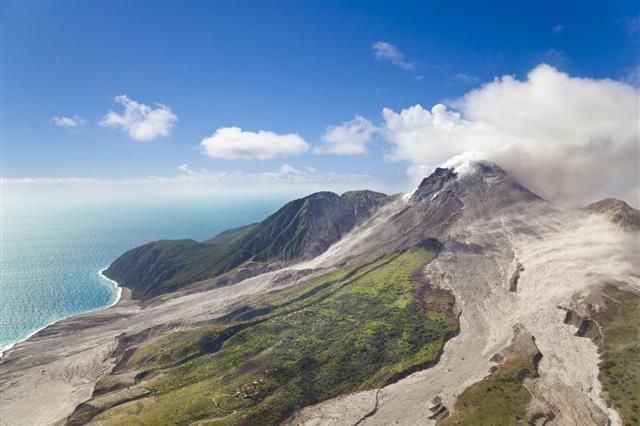 In spite of natural calamities that have been known to be caused by volcanic eruptions, many volcanoes are major tourist sights. Volcanology is a popular study taken up by enthusiasts. Based on their activity, volcanoes are classified as:

This volcano is well-known as it is one of the most accessible volcanoes on the Earth. It is the only active marine volcano in New Zealand, and attracts tourists and volcano enthusiasts from all over the world. The major eruptions of the volcano have changed the landscape to a great extent.

The volcano is known to have caused the most destructive volcanic eruption in the United States, on May 18, 1980. Fifty seven people lost their lives and a large amount of property was destroyed. The Mount St. Helens National Volcanic Monument was established in 1982 in order to help the scientific studies and to preserve the volcano.

This is one of the five shield volcanoes that form the Big Island. One of the most active volcanoes on our planet, it has experienced 35 eruptions since 1952. Millions of tourists visit the volcano each year, making it one of the most popular attractions in Hawaii, and also the most visited volcano in the world.

This volcano became active in 1995 after years of being dormant, and has been active ever since. The most recent explosion took place on February 5, 2010. Ian Anderson mentioned this volcano in his song Montserrat from the album The Secret Language of Birds.

Formerly an island, after an eruption in 1914 the volcano became a part of the Osumi Peninsula. The volcano has been constantly erupting since 1955, when its activity became most prominent. Every year, many small eruptions occur in this volcano.

Located close to the city of Quetzaltenango, this is a large active stratovolcano. The volcano’s eruption in 1902 was one of the largest eruptions of the 19th century, that caused severe damage around. This was one of the biggest eruptions in the past 200 years, thus adding the volcano to the list of ‘Decade Volcanoes’.

Known as the ‘Lighthouse of the Mediterranean’, this volcano is one of the three major volcanoes in Italy. It has been experiencing explosions constantly for over 2,000 years now. The volcano is composed of layers of hardened ash, lava, and volcanic rocks.

Mount Bromo remains a popular tourist attraction till date. It is located in the Tengger Caldera, which lies in the eastern area of Java, in Indonesia.

Irazú is located in Costa Rica. It has been showing signs of volcanic activity for the past couple of years. This volcano is also a major touristic spot. Regular bus services are also offered to get to the top of the volcano.

Hekla is located in the southern area of Iceland. It is reputed to be Iceland’s most active volcano. Hekla has recorded a series of eruptions ever since the earliest one recorded in 1104. The last eruption was known to have been recorded in the year 2000. Enormous quantities of lava have been produced by this volcano.

The Mayon volcano is located in the Philippines. It is categorized as one of the few volcanoes with a perfect conical shape. Records have shown that this volcano has had around 47 eruptions in the past few years. It is the perfect symmetry of this volcano, which is perhaps why, it is also known as the world’s most perfectly formed volcano.

This is located to the south of Managua in Nicaragua. Experts have seen large amounts of sulfur dioxide gas being emitted from the Mayasa volcano. Explosions have occurred during the past few years that have propelled rocks as far as 500 meters from the crater. The last recorded eruption happened in the year 2005.

This volcano rises around 360 m above sea level and located on Tanna Island, Vanuatu. Mount Yasur is considered as one of the most active volcanoes on the Earth. Studies show that this stratovolcano has been active for nearly 800 years.

A shield volcano, Mauno Loa is a Hawaiian term for ‘Long Mountain’ and recently erupted in 1954. Mauna Loa is also considered one of the potentially dangerous volcanoes of the world and is hence included in the list of Decade Volcanoes program.

With a height of 2,600 m, Piton de la Fournaise is a shield volcano located on the Réunion Island in the Indian Ocean. This volcano is also considered as one of the most active volcanoes erupting so frequently that it is now a tourist attraction in the Réunion National Park.

Discovered in 1841, Mount Erebus is the southernmost active volcano in the world. It is a polygenetic stratovolcano with the summit containing a phonolitic lava lake. The volcano has been actively erupting for a number of years ever since its discovery, and is still one of the most persistently erupting volcanoes present on the Earth.

Erta Ale is an active basaltic shield volcano in Ethiopia having a height of more than 600 m. The summit caldera of this volcano has one lava lake which has been active since 1967. The latest eruption activity of Erta Ale was observed from 24-30 November.

Located close to the town of Chaitén, this volcano experienced an eruption recently in the year 2008. Prior to this, the volcano had been dormant for many years. It is the only volcano that had a major eruption of rhyolite magma.

This stratovolcano is located inside the Virunga National Park. The lava lake within the volcano’s crater has been known as the most voluminous lava lake recently. This volcano has seen 34 eruptions since 1882, and is still very active. Some eruptions led to volcanic activity for years continuously at a time.

This volcano is found in the Andaman Sea. It is the only volcano of the active kind in South Asia. A major portion of this volcano lies underwater. The peak is seen at an altitude of 354 meters.

Didicas is also an active volcano that is located in the Babuyan Islands, which lies in the Philippines. The base is around 1,200 meters, with an elevation of 228 meters.

This is located in the Stikine Country, which lies in the Northwestern area of British Columbia in Canada. This mount has multiple peaks and several ridges, and this is also the second largest area that sees plenty of volcanic activity in Canada. 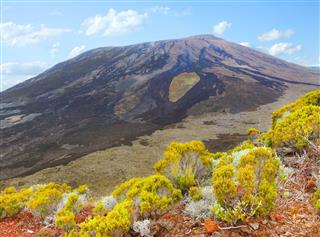 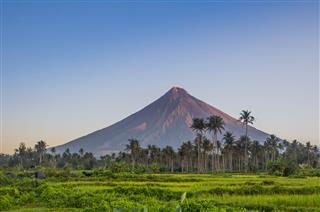 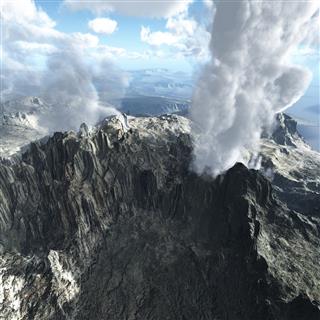 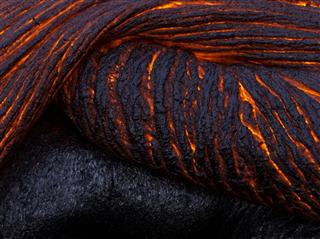 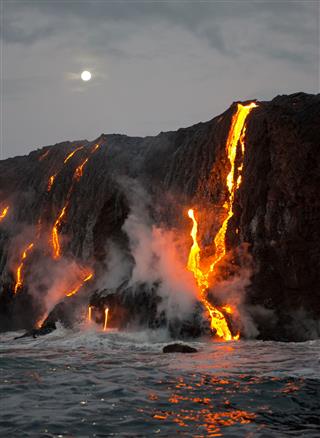 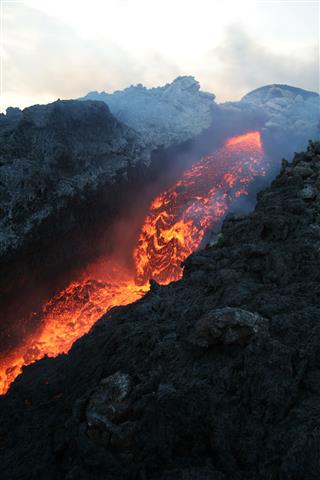 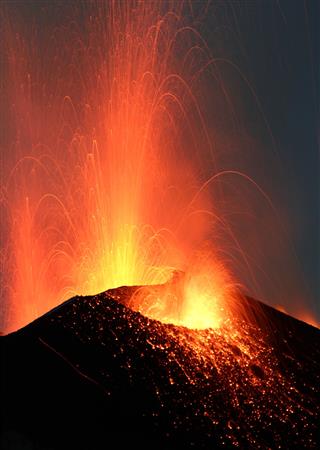 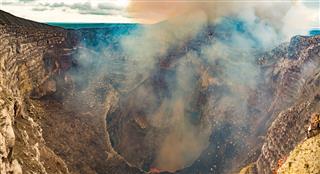