To survive in the Mojave Desert, the plants and animals here have to adapt themselves to some harsh abiotic factors that exist here. As you go through the following write-up, you will come across some adaptations that these species resort to for survival.

To survive in the Mojave Desert, the plants and animals here have to adapt themselves to some harsh abiotic factors that exist here. As you go through the following write-up, you will come across some adaptations that these species resort to for survival.

The Mojave Desert spans across the United States of America, covering the states of California, Nevada, Utah, and Arizona. In terms of total area covered, this desert spans across approximately 25,000 sq mi; which makes it the third largest desert in the United States after the Chihuahua desert and the Sonoran desert. The topographical elevation of this desert ranges between 2,000-5,000 ft. Though not the largest, Mojave does boast of being the hottest desert in North America. The Death Valley – the lowest, driest and hottest place in North America, is also located in this region. The temperature in this region ranges between 8°F in January and 119°F in August; the latter being the characteristic temperature of the Death Valley for a large part of the year. The humidity levels in Mojave desert seldom exceed 40 percent, thus making it one of the driest places on the planet.

The abiotic conditions of Mojave Desert make it one of the most unfavorable places for human inhabitation. It is one of those places on planet wherein temperature fluctuation is such that the days are extremely hot and nights extremely cold. While human inhabitation is virtually impossible, certain species of plants and animals have adapted to this harsh environment. Their survival in this region can be attributed to the amazing behavioral and physical adaptation skills that they boast of. Given below are the lists of plants and animals which defy all odds to make this scorching desert their home.

A vast expanse of land, with numerous sand dunes – that’s what most of the people out there tend to picture a desert as. Obviously, sand dunes are characteristic landforms of deserts, but that doesn’t mean that there is no soil there. The presence of plants hints at the fact that soil does exist in deserts, even though there is very little of it and it is not as fertile as soil found in other biomes of the world. Mojave Desert is one of those deserts wherein the presence of soil, though in very little amount, forms a base for the growth of vegetation. This desert is believed to be the home for around 1,750 and 2,000 species of plants. While compiling a list of all these thousand species will be difficult, here is a list with some of the most popular Mojave plant species. 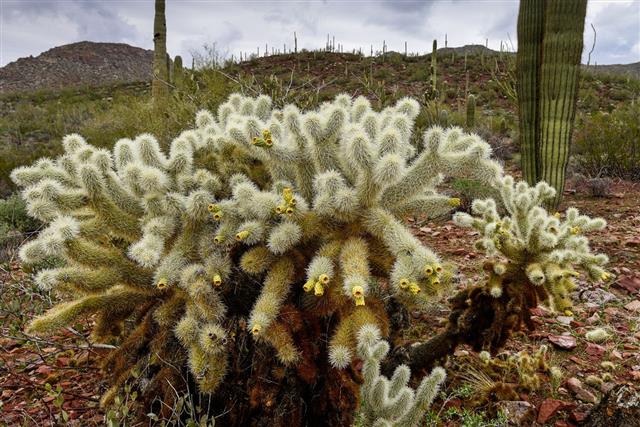 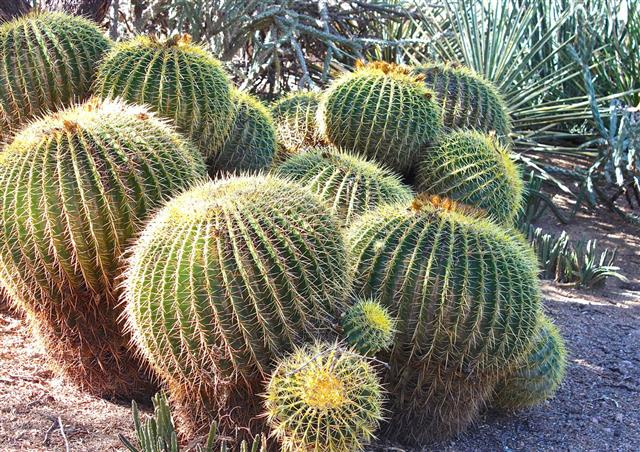 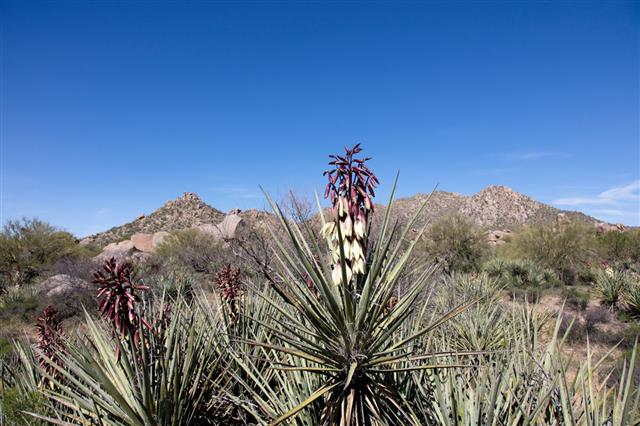 Some Other Mojave Desert Plants 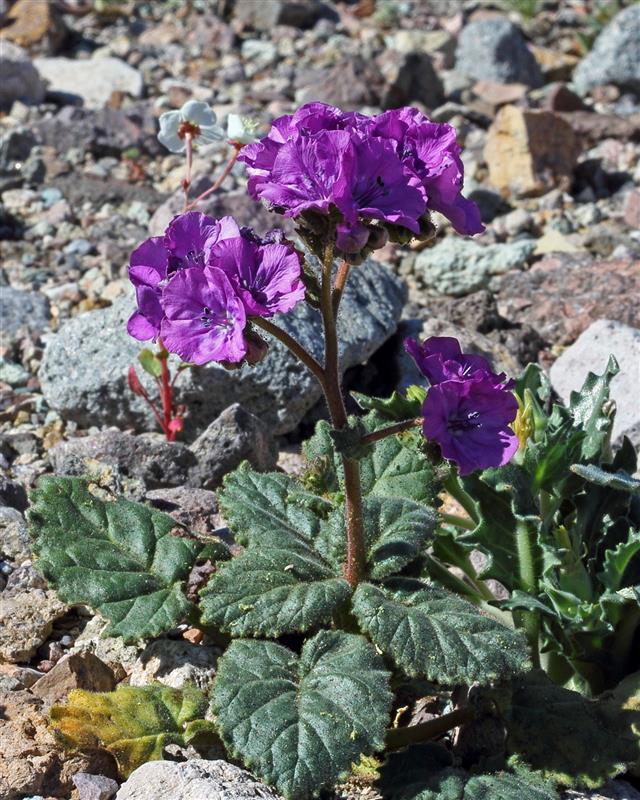 These plants have adapted themselves to the harsh conditions of the Mojave desert very well. Most of the plants found here are either xerophytes (i.e. plants with spongy, shallow roots in which water is stored for future use), and phreatophytes (i.e. plants which sport long taproots which help them obtain water from deep inside the ground). Xerophytes have very few leaves, and instead are typically characterized by the presence of thorns or spines which help them reduce transpiration and save water. The phreatophytes, on the other hand, have roots which reach a depth of 20ft at times and help the plant obtain water from the water table. Other than xerophytes and phreatophytes, desert perennials are also found here in abundance. These perennials are adapted to go into dormancy mode for a part of the year, typically during the dry season, to tackle the issue of water scarcity. All these adaptations make sure that the species of plants enlisted above survive in this dry, arid desert.

The desert biome is not as rich in terms of biodiversity as the rainforest biome, and that is something which can be attributed to the fact that the abiotic factors of desert biome are pretty harsh as compared to the same in rainforest biome. However, there do exist some species which are found in deserts; most of which are endemic to this biome. While some of the species found in the Mojave Desert are endemic, there also exist some which are found in all the deserts of North America….. or the world. These animals are able to survive in the harsh environment of the Mojave because of their specific physical and behavioral adaptations which help them survive the harsh conditions prevailing here. Given below is a list of Mojave Desert animals which has some of the most popular species found in the desert, enlisted in it. 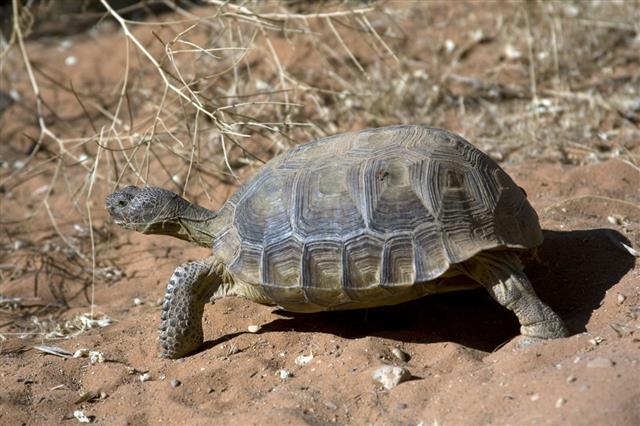 Some Other Mojave Desert Animals

Unlike animals in other biomes, these desert animals are subjected to the Sun’s radiations directly, as well as indirectly as a result of conduction and convection of heat by rocks and sand. In such circumstances, these animals are left with no option but to adapt to these harsh conditions, and that is something which they are very good at. Some of the most peculiar animal adaptations that you get to see in Mojave Desert are enlisted below:

If all these plants and animals have successfully defied all odds to inhabit the Mojave Desert, it is only because of their physical and behavioral adaptations. Scientists are of the opinion that the increase in precipitation over the last couple of decades is helping the plants here to spread, which, in turn, is also helping animals that are dependent on these plants for water. With all these fascinating adaptations to its credit, the desert biome is undoubtedly the best example of the phrase, “adaptation is the key to survival’.