Riveting Facts About the Marine Biome You Probably Didn’t Know

The marine biome is the largest biome of the world covering about three-fourths of the surface of earth. Read through this ScienceStruck article to know more about the various facts of this aquatic community. 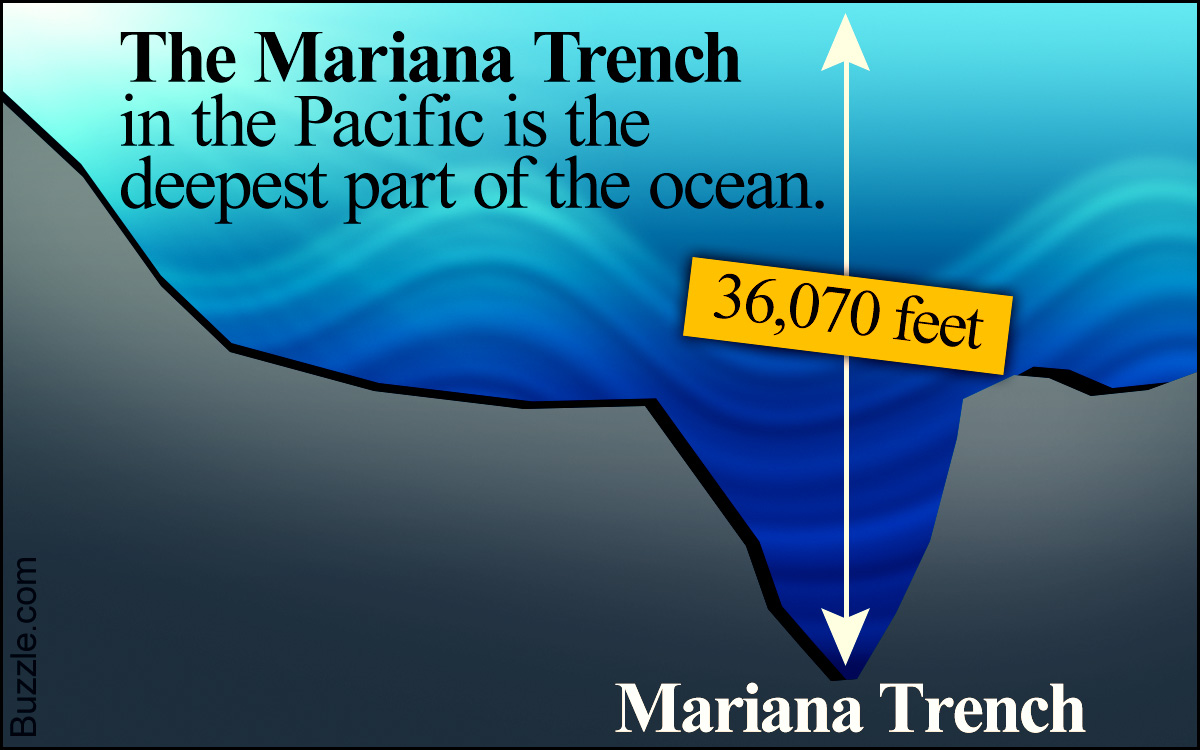 The marine biome is the largest biome of the world covering about three-fourths of the surface of earth. Read through this ScienceStruck article to know more about the various facts of this aquatic community.

The term ‘biomes’ was coined in 1967 by Dr. Deitrich Malinger, a pioneering environmentalist. According to Malinger, they were ecological districts that have distinct climate and topography. Biome is defined as “the world’s major communities, classified according to the predominant vegetation and characterized by adaptations of organisms to that particular environment” according to Campbell in the year 1995. The basic biomes of the world are divided into 6 groups, namely: 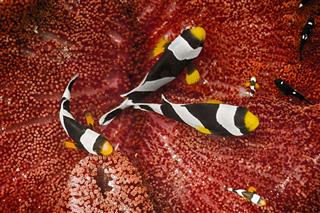 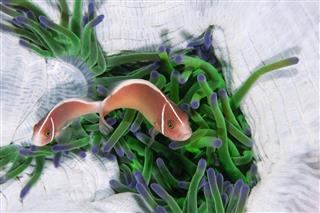 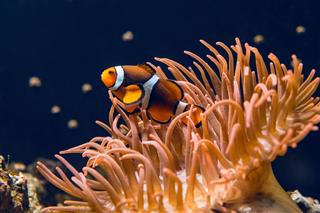 This biome includes three-fourth of the Earth’s water that contains thousands of species of animals and plants. These life forms are directly and indirectly affected by the changes occurring deep in the oceanic water bodies. The biome consists of all the salty waters of the seas and oceans. It also includes all the smaller water bodies like seas, gulfs, and bays. The marine biome is divided between oceans, coral reefs, and estuaries.

With Regard to Oceans

The marine biome consists of 5 major oceans: the Indian Ocean, Atlantic Ocean, Arctic Ocean, Southern or Antarctic Ocean, and the Pacific Ocean. The largest water body is the ocean, and it is subdivided into three layers. The first layer is known as the euphotic layer. This is a shallow layer that allows light to penetrate. The plants and animals of this region include fish and marine mammals, planktons, and floating seaweed. The second layer consists of the disphotic zone. This zone allows light (equal to the intensity of twilight) to reach the bottom. The life forms in this layer include starfish, anemones, sponges, amongst others, as well as various microorganisms and a few plant species. The last layer is the aphotic zone. This is the deepest part of the ocean and no light ever reaches its bottom. The flora and fauna of this layer include invertebrates and fish including such oddities such as the coelacanth and fish that can glow in the dark.

Plants and Animals of the Ocean

The ocean is also divided into four discrete zones. The first zone is known as the intertidal zone. This is the layer where the land meets the ocean. It maybe an exposed area or submerged due to the tidal waves. The flora and fauna in the intertidal zone consist of algae and mollusks in areas where the highest tides reach. The algae, herbivorous snails, crabs, sea stars, and small fish are found in areas that are submerged during high tides. The invertebrates, fish, and seaweed are found in areas that receive the lowest tides. The areas that keep shifting due to waves (like the mud and sand) is home for algae and plants like worms, clams, predatory crustaceans, crabs, and shorebirds.

The second zone consists of the pelagic zone, that covers areas further away from land (that is open ocean). The plants and animals of the oceanic biome of this zone include hundreds of different species of fish, mammals like dolphins, whales, and plankton. The plankton forms the major food source for fish and mammals in the food chain of the pelagic zone.

The third zone is called the benthic zone. This zone is the area that is right below the pelagic zone. This region does not include the deepest parts of the ocean. The benthic zone bottom is made of sand, slit, and dead organisms. Light does not penetrate deep inside. This region is rich in natural nutrients. The flora and fauna of this zone include bacteria, fungi, sponges, sea anemones, worms, sea stars, and fish.

The last zone is the abyssal zone. It is the deepest part of the marine biome. This area receives absolutely no light. It is high in oxygen content and low in nutrient content. This region has varying plants and animal life like invertebrates and fish. The abyssal zone also includes chemosynthetic bacteria and are the primary food source for the invertebrates and fish in the food chain of this zone.

An interesting fact on coral reefs is that they are the only animals that can build structures visible from space. The 2000 mile long Great Barrier Reef of Australia made by millions of small coral polyps is another interesting fact about the marine biome. The coral reefs are found in warm shallow waters around the world. They are found in fringing islands, atolls along many continents, etc. The corals are made up of algae and tissues of animal polyps. The corals obtain nutrients to survive through the photosynthesis process carried out by algae. Furthermore, they also extend their tentacles to capture plankton in water. The other marine animals and plants of the coral reef include microorganisms, invertebrates, fish, sea urchins, star fish, octopuses, etc.

A partially confined water body along coastal lines, where one or more rivers meet the sea, is called an estuary. This water body serves as a passage between the river ecosystem and the ocean ecosystem. It is responsible for mixing freshwater with the saltwater. Estuarine environments are characterized by a rich biodiversity, owing to the high levels of nutrients present in both freshwater and seawater. This makes an estuary one of the most organic and productive water bodies in the world. A variety of fish such as salmon and trout, along with phytoplanktons (mainly diatoms and dinoflagellates) dominate its biodiversity, thus, boosting the fish nurseries’ habitats.

The weather has a very deep influence on the terrestrial climate. The evaporation of water from the oceans and seas helps in formation of rain, and thus, have a direct impact on agriculture and in turn the world economy. The ocean is in a constant motion. The currents and waves are warm or cold depending upon the weather and temperature in a particular region of the Earth. The temperature of the marine biome is just above the freezing point at the north and south poles and deep in the abyssal zone. The tropical waters have a warm climate. The tropical waters are near the equator and hence, have warm temperatures. The climate far north and south of the earth depends on the huge block of ice known as icebergs. The average temperature of the oceanic biome climate is about 39ºF. 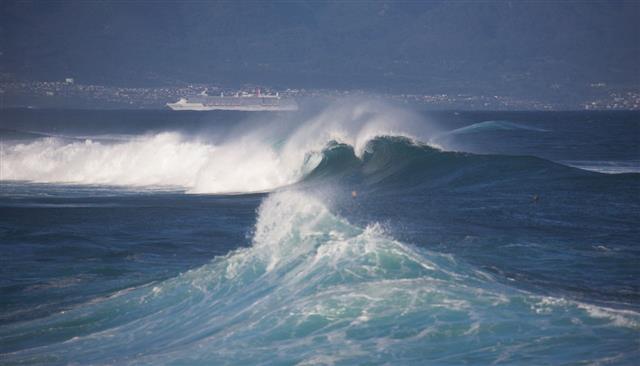 • The ocean water contains one cup of salt per gallon of water.
• The tallest part on earth is beaten by the deepest part of the ocean. The Marina Trench is known to have a depth of approximately 36,200 feet.
• The phytoplankton and kelp help in the production of 5% of the world’s oxygen content.
• The sea otter has about 1,000,000 hair per square inch on its body.
• The tongue of the blue whale is so long that 20 grownups can stand on it! 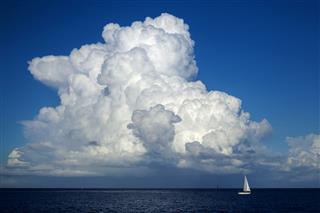