Here’s a Comprehensive List of Famous Scientists in History

So many people in this world have changed the way we live and think, with their inventions and work. Here is a list of some of the famous scientists in history, and a brief about them. 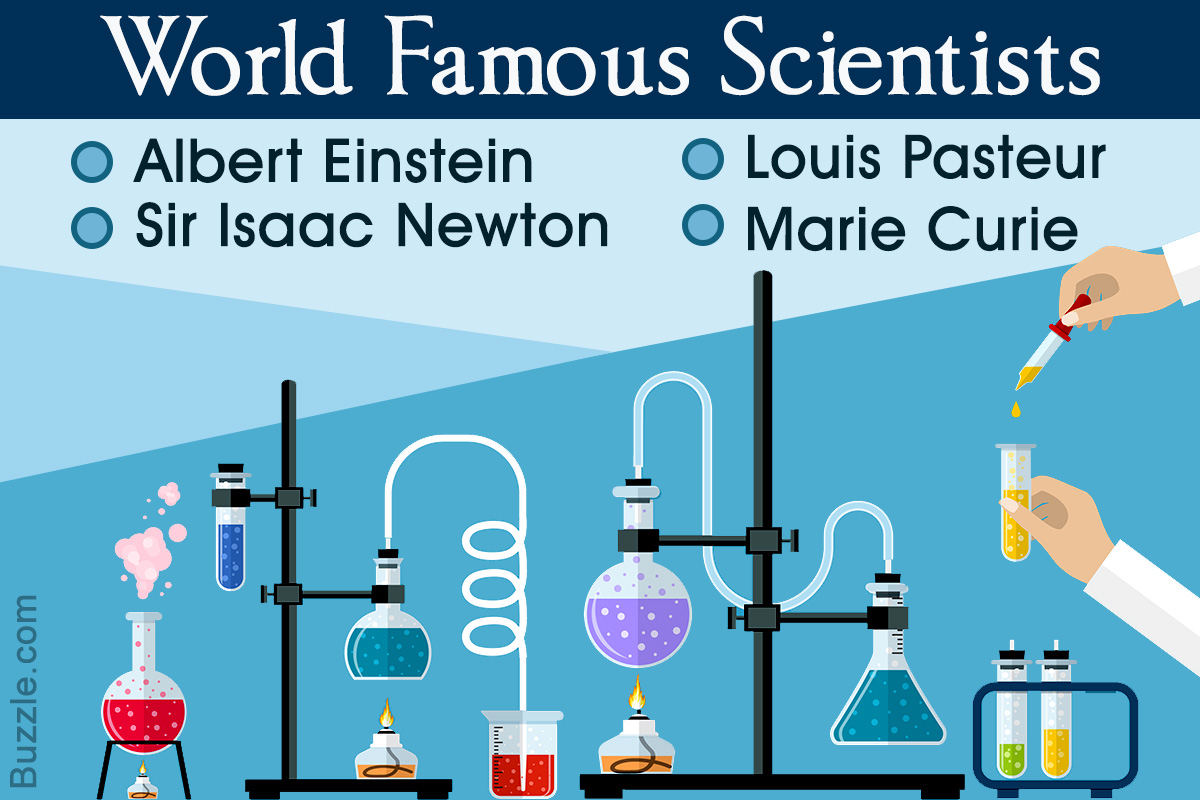 So many people in this world have changed the way we live and think, with their inventions and work. Here is a list of some of the famous scientists in history, and a brief about them.

There are a large number of famous scientists in history. If a roster of all such scientists were to be compiled, the list would be never-ending. Hence, a finite number has been taken into consideration here. These great individuals were masters in their respective fields, and with their amazing work, changed the course of history and the way things were done. We’ll have a look at the top scientists the world has ever seen.

Most of these names we may know, while many of them we may not have heard of. But there is no doubt that these are some of the best scientists the world has ever produced, and the contribution they gave to mankind is nothing less than amazing. In the following table, we will have a look at a list of some of the best in the business, along with a little information about their respective achievements.

He is arguably at the pinnacle, if the popularity of all the scientists is taken into account. He demonstrated solutions to a trio of mind-boggling topics in Physics in 1905 and shot into the limelight.

Galileo Galilei(1564 – 1642)
He was the first to use the telescope for furnishing evidence that the Earth revolves around the Sun. This postulate was in contrast to that held by the majority.

Johannes Kepler(1571 – 1630)
Kepler compiled the Mars data which enabled him to propose the “Three Laws of Planetary Motion”.

Louis Pasteur(1822 – 1895)
Some of his works are: separation of mirror image molecules and effect of polarized light, and identification of the parasite that was killing silkworms.

James Maxwell(1831 – 1879)
He is known for the “Treatise on Electricity and Magnetism” published in 1873. Maxwell independently developed the “Maxwell-Boltzmann kinetic theory of gases”.

Edwin Hubble(1889 – 1953)
“Hubble’s Law” stated that galaxies move away from each other at a speed determined by the distance that separated them. He classified galaxies as per their distance, shape, brightness patterns and content.

Emil Fisher(1852 – 1919)
Some of his works are: synthesis of glucose, fructose, mannose starting with glycerol, and establishing structures for the 16 stereoisomers of the aldohexoses with glucose as the most prominent member.

Paul Dirac(1902 – 1984)
He received a Nobel prize in 1933 for the work on anti-particles. The “Dirac equation” was a version of the Schrodinger’s equation.

Archimedes(287 – 212 BC)
His major achievements are “The Archimedes principle in hydrostatics”, the Archimedes screw and the relation between the surface and volume of a sphere and the circumscribing cylinder.

Thomas Alva Edison(1847 – 1931)
He set up the first industrial research laboratory in the world and was a world record holder of 1093 patents.

Nicholas Copernicus(1473 – 1543)
He theorized that the Sun was the fixed point around which the motions of the planets takes place. The Earth rotates around its axis once in a day and slow alterations in the direction of this axis cause the precession of the equinoxes.

Carl Sagan(1934 – 1996)
He promoted the Search for Extra Terrestrial Intelligence and was a pioneer of exobiology.

Alexander Graham Bell(1847 – 1922)
He is the inventor of the telephone and the metal detector.

Chandrasekhara Venkata Raman(1888 – 1970)
He developed the Raman spectroscopy that provides information regarding the molecular structure.

Ernest Rutherford(1871 – 1937)
He developed atomic theory in 1911 and classified forms of radiation.

Joseph John Thomson(1856 – 1940)
He received the Nobel prize for Physics in 1907 and developed the mass spectrograph.

William Ramsay(1852 – 1916)
He independently discovered Helium and shared the discovery or Argon, Krypton and Xenon.

Alfred Nobel(1833 – 1896)
He was a chemist, engineer, innovator, and armaments manufacturer. He is also the inventor of dynamite. He established a fund for the yearly Nobel prize in the areas of chemistry, physics, literature, international peace and medicine.

William Thompson(1775 – 1833)
He derived the second law of thermodynamics and proposed the Kelvin temperature scale.

James Prescott Joule(1818 – 1889)
One determines the rate at which heat is produced by an electric current by using Joule’s law.

Julius Robert von Mayer(1814 – 1878)
Along with James Joule, he discovered the first law of thermodynamics.

Henry Bessemer(1813 – 1898)
He invented an economical steel-making procedure that burnt off impurities.

Robert Bunsen(1811 – 1899)
He developed the spectroscope and discovered Cesium and Rubidium.

Thomas Graham(1805 – 1869)
He developed a technique to separate crystalloids from colloids, which is called “dialysis”.

Johann Wolfgang Dobereiner(1780 – 1849)
He determined the relation between elements and their atomic weight.

Amedeo Avogadro(1776 – 1856)
He concluded that equal volumes of gases at similar conditions of temperature and pressure have the same number of molecules.

William Henry(1773 – 1841)
Henry’s Law states that the amount of gas absorbed by water increases as the gas pressure rises.

Antoine Lavoisier(1743 – 1794)
He recognized and named oxygen and disproved the phlogiston theory.

Thomas Newcomen(1663 – 1729)
He invented the steam engine. It was eventually replaced by James Watt’s improved design.

Robert Boyle(1627 – 1691)
The Boyle’s law describes the inversely proportional relationship between absolute pressure and volume of a gas, that is, if the temperature is constantly maintained in a closed system

The world will always be indebted to these great individuals, who with their outstanding work, contributed to mankind in a way that will never be forgotten. The list of famous scientists in history could go on and on, because there are so many other great scientists that are worth a mention, but the ones mentioned above are by far those who cannot be compared with anyone else. Their work and contribution to this world is simply unique.