Valuable Information About Altocumulus Clouds That’s Worth a Read 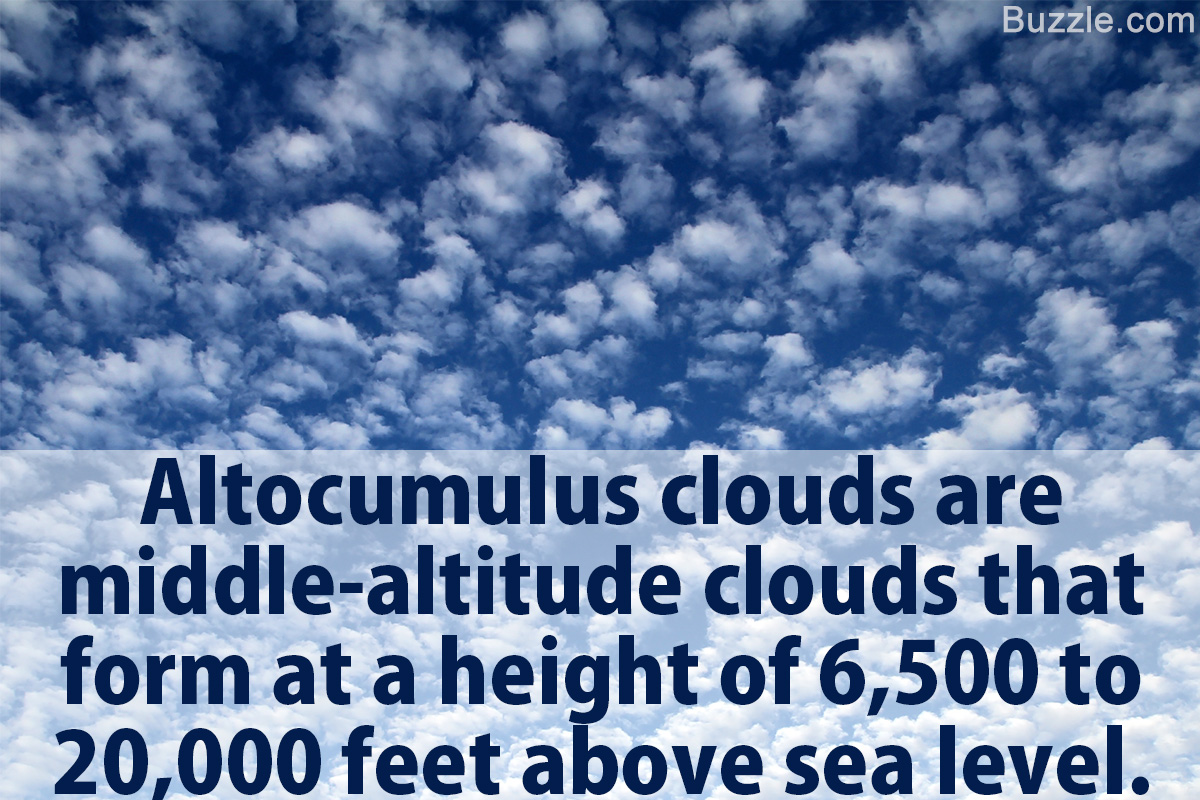 Altocumulus clouds are middle-level clouds that form at a height of around 6,500 to 20,000 feet above the sea level. There are several species and varieties of altocumulus clouds.

Altocumulus clouds are small round patches of clouds with convective characteristics. They come in various shapes and their degrees of transparency vary. They generally look like rounded masses and sometimes like rows of clouds. They are either white or gray in color. They have a thickness of around one kilometer and are mostly seen in a settled weather. They normally constitute water droplets and sometimes ice crystals. They are formed when water droplets from the sea or ground are carried up by the wind to higher atmosphere levels. Cool air at the higher altitudes causes condensation of water droplets in the air, and the clouds are formed.

Altocumulus clouds may tell about unstable weather conditions in the morning and high convection later in the day. They are easily seen in the sky, and can be seen in any part of the world. On the basis of their shape and internal structure, these clouds are classified into various species. On the basis of their degree of opacity, they are classified into certain varieties. 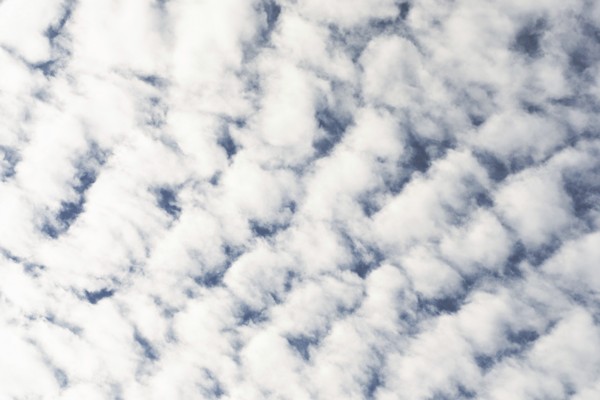 These clouds appear like flat sheets or layers or like lumpy jet trails. They are the thinnest of all the altocumulus clouds. These clouds tell us that the weather is switching from good to unstable. After a period of bad weather, they are the last clouds seen in the sky. It’s quite common to see these clouds, and they can be seen all over the world. 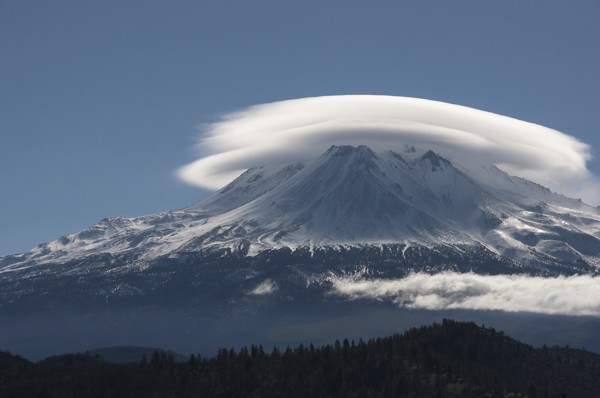 These clouds are formed in the shape of a lens or an almond. They sometimes appear like piles of plates, flying saucers, a cake, or as giant lids above the mountains. These clouds bring light rain or snow. They are formed over high mountains in any part of the world. 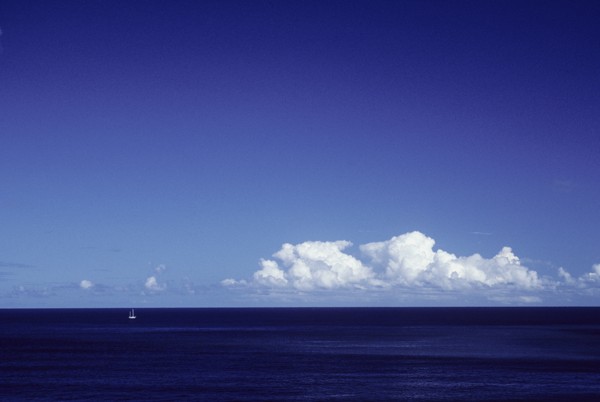 These clouds resemble the turrets of castles. As they indicate instability in the middle layers of the atmosphere, they may indicate a thunderstorm. These clouds aren’t a threat to the safety of aircraft traveling through them. However, pilots experience instability when traveling through these clouds. They are seen in higher mountain ranges, over large inland lakes, during the spring and summer months, and when the wind at the ground level is not very strong. 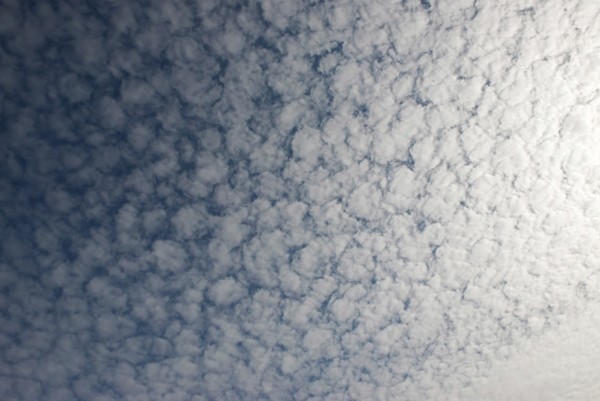 In Latin, the word floccus means lock of wool. These clouds look like puffs of cotton or wool. They have ragged bases and rounded heads. The colors of these clouds vary from white to a grayish opaque. The sky is not visible beyond the altocumulus floccus clouds, as they are opaque. They bring rain or snow. They can be seen anywhere in the world. 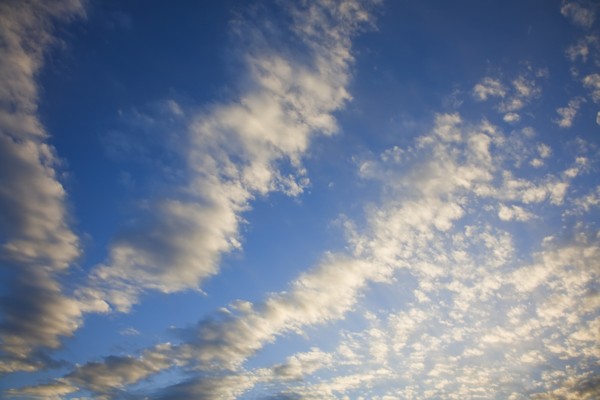 They appear as parallel bands of clouds. They usually have a main body from which wisps of the cloud radiate. The color of these clouds is either white or gray. These clouds are very common. They are mostly seen in the temperate zones. These clouds cause frosting on the wings and other parts of planes because they normally contain a large amount of moisture in the form of ice, water, or snow. 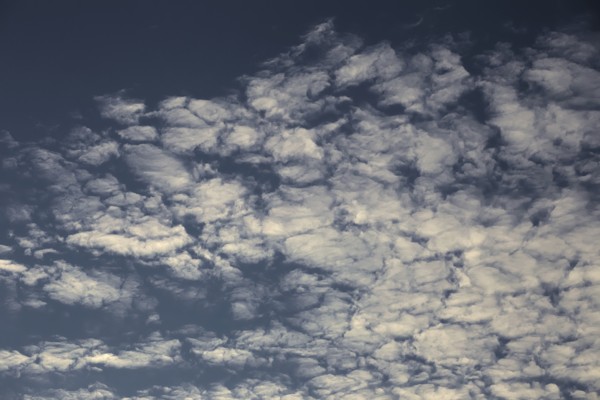 The altocumulus duplicatus clouds are formed in two or several layers lying one above the other. These clouds are not easily spotted. It is relatively easy to see the lower layer as it is of a darker shade than the upper ones. The top layer is not easily seen. However, at sunset, when the sun is the lowest in the sky, the layering of these clouds is more visible. They can be seen in all parts of the world. 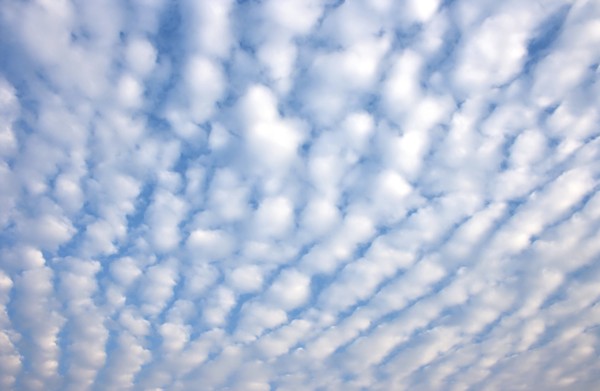 The altocumulus undulatus clouds appear as gently rolling waves or ripples of water in the sky. The undulating bases of these clouds are due to the eddies at their base, thus creating wave-like patterns. They are white or gray in color and are around 300 feet thick. The formation of these clouds indicates that there is no risk of storm or heavy rains. They bring light rain. They are visible all through the year. 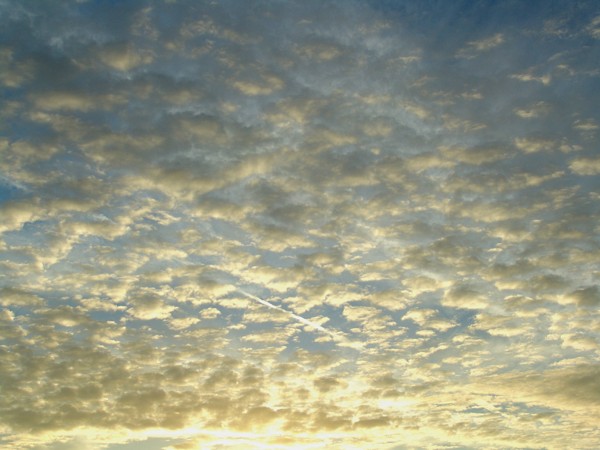 These clouds appear as a screen in the sky. They are flat and resemble a translucent sheet of glass across the sky. As they are translucent, they allow sunlight or moonlight to be visible from behind them. They do not indicate rainfall, but indicate precipitation in the next 10 to 20 hours from the time they are visible. These clouds are very common and are seen everywhere in the world. 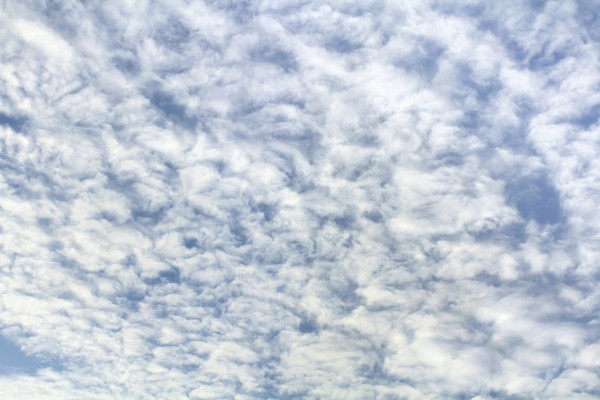 They appear as thin clouds with perforations in them. In Latin, lacunosus means ‘full of holes’. These clouds look like a loose honeycomb with rough holes between the clouds. Holes appear along the boundaries of these clouds. They are less common and are most visible during the summer season in certain countries. They are more often visible all through the year in countries that have a tropical climate. However, in some parts of the Western hemisphere, these clouds are rarely seen.

These clouds are thick and appear as a dark layer of clouds. The sun or moon cannot be seen through them. If these clouds are formed as a result of ice crystals, they may be hazardous to aircraft due to the ice accumulation on the aircraft as it flies through the cloud. They do not indicate storms or heavy rains. They can be seen often and are easily visible. These clouds are usually seen in the United Kingdom.

They appear like protrusions from the base of the clouds. They have a substantial amount of moisture and are formed very quickly. They are the most commonly seen clouds. They are volatile and can be seen in the temperate zones of the world. 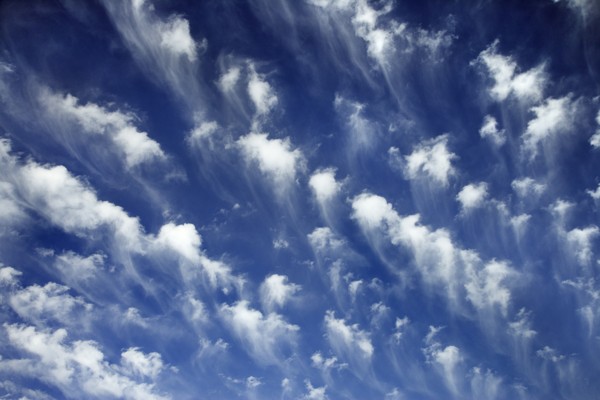 They look like wisps of clouds which come down from the main body with the base of the clouds towards the ground. The clouds can only bring some precipitation like rain or snow. However, mostly, the precipitation does not reach the ground, which leads to the formation of wisps. These clouds may pose a risk to pilots flying planes at this height. These clouds are commonly seen in places with moderate humidity. They are volatile.

The different patterns and shapes of clouds are simply amazing. The various types of clouds and their formation are subjects of interest for many researchers. Several aspects of this interesting phenomenon are still not known.