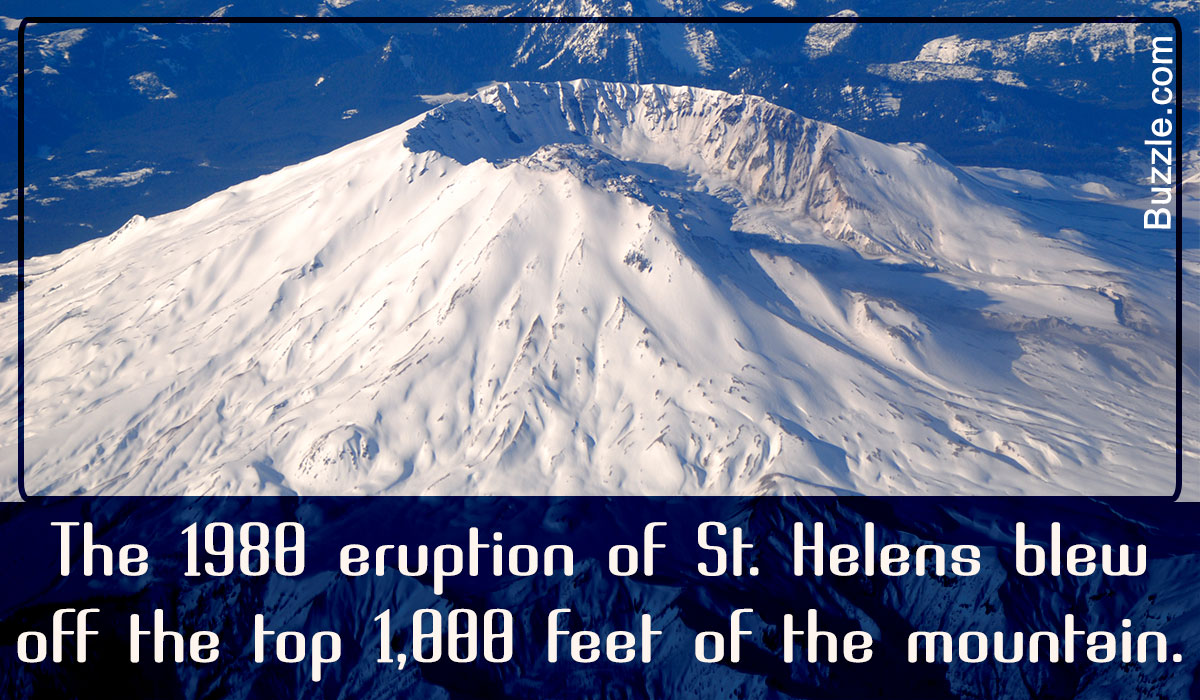 The 1980 eruption of Mount St. Helens was 400 times stronger than the atom bomb dropped on Hiroshima during the Second World War.

Mount St. Helens is a volcanic peak in the US state of Washington. It is popularly known as the ‘Mount Fuji of America’ due to its snow-covered peak, which makes it look similar to Mount Fuji in Japan. Despite this similarity, it is the 1980 eruption of Mount St. Helens which earned it the world’s attention. This was easily the most destructive eruption in American history; and definitely the most destructive volcanic eruption recorded by humans till date. The site is notorious for its high frequency of volcanic activity, that continues even to this day. Early European settlers observed eruptions in the 18th century, and Native American mythology is ripe with tales of the volcano.

The Klickitat tribe refer to a legend known as the ‘Bridge of the Gods’, which deals with the eruption of St. Helens and other mountains of the Cascade range. it is believed that the chief of their gods, Tyhee Saghalie, went in search of a suitable land along with his two sons Pahto and Wy’east. When they reached a beautiful region known as the Dalles, a fight broke out between his sons regarding who would live there. The chief fired two arrows, one in the north and the other in the south, to mark their areas. Pahto followed the arrow in the north, while Wy’east went to the arrow in the south.

They soon fell in love with a beautiful girl named Loowit, and when she could not decide whom to marry, they again fought each other, destroying mountains, forests, and bridges in the process. To teach them a lesson, the chief transformed each one of them into a mountain, and the beauty Loowit turned into St Helens, which was known as ‘the smoking mountain’ by the natives. Some very interesting facts about Mount St. Helens follow.

Mount St. Helens is located in the Skamania County in southwestern Washington, about 50 miles northeast of Portland, Oregon. It is a part of both, the Cascade mountain range and the Pacific ring of fire, which is notorious for having the most volcanic and earthquake activity in the world.

It is one of the most active volcanoes in the United States, and is called a stratovolcano, which is a type of volcano that is symmetrical, cone-shaped, and made up of alternating layers of mud, lava flows, ash, and other volcanic debris. Such volcanoes are dangerous, as they erupt in an explosive manner, rather than just from the crater. 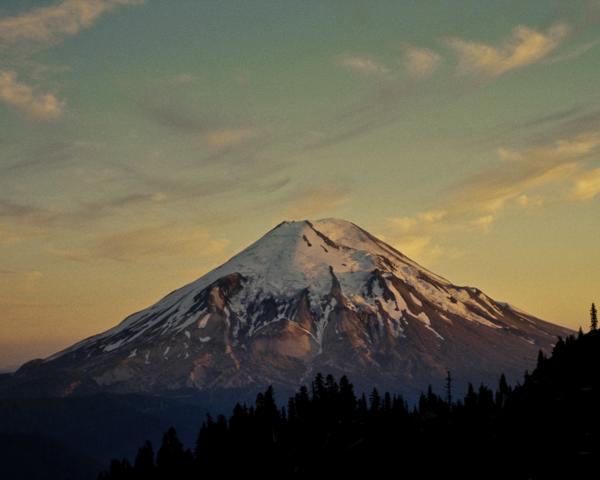 The peak is about 8,363 feet in height, and contains a horseshoe-shaped crater, which was formed after an eruption in 1980. It is one of the youngest volcanoes around, since its visible cone is just about 2,200 years old. This makes it younger than the pyramids of Egypt and Stonehenge in England. 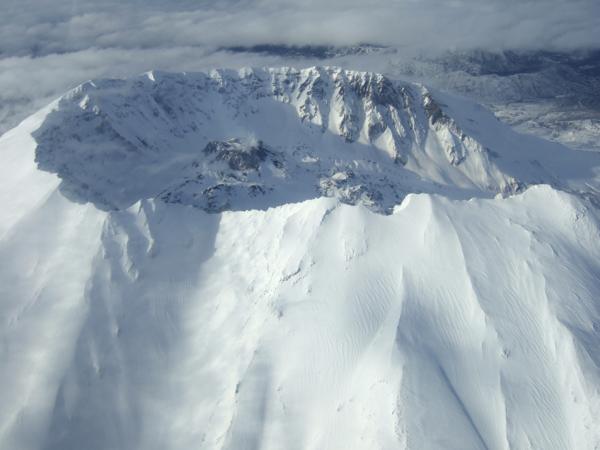 The volcano was named in 1792 by Captain George Vancouver, in honor of the diplomat Alleyne Fitzherbert, also known as Baron St. Helens, who had previously studied the area. He was the British ambassador to Spain.

The volcano has had a long history of eruptions. Its volcanic activity first began 275,000 years ago. Each eruption wiped out all traces of the previous ones. Thus, the recent eruptions are better documented than the ancient ones.

The last, most-destructive explosion, just before the 1980 event, was in 1857, which resulted in the formation of the Great Rocks lava dome. However, the most massive eruption occurred 3,500 years ago, causing the Native Americans to abandon their hunting grounds in the area. It is said to have been four times the magnitude of the 1980 eruption.

Scientists from the U.S. Geological Survey had predicted, in 1975 itself, that the volcano would erupt ‘possibly before the end of the century.’

Their prediction came true, when the most destructive volcanic eruption recorded in US history occurred on May 18, 1980.

Actual volcanic activity began much earlier, with a 4.2 magnitude earthquake on the March 20, 1980. This was followed by the venting out of steam, and by April, the northern side of the peak began to grow a bulge.

By May 12, the bulge had grown 450 feet high due to flow of magma into the mountain. Moreover, in that month alone, around 10,000 earthquakes jolted the mountain.

Around 8:32 am on the 18th of May, a 5.1 magnitude earthquake, originating about 1 mile below the mountain, finally caused the unstable northern bulge of the mountain to collapse, in what was the largest landslide recorded in human history.

Within seconds, the collapse of the northern side of the mountain unleashed a jet of magma from this side. The jet was so fast that it even overtook the landslide on the northern flank.

Moments later, this lateral flow stopped, only to be followed by an enormous vertical eruption of ash 12 miles high.

Aftermath of the 1980 Eruption

The 1980 eruption destroyed the top 396 meters of the volcano, including the Great lava dome.

It killed 57 people, destroyed more than 250 homes, and killed around 7,000 animals, which included big-game species like deer, elk, and bear, along with many birds. Millions of fish, especially salmon fingerlings, were also killed.

It was the most economically-destructive volcanic eruption in US history, causing damage of around $1.1 billion. This included agricultural, timber losses, and loss to civil works, but excluded property losses.

Human fatalities were caused due to suffocation, burns, and being buried under the debris. A few indirect deaths resulted from electrocution, accidents, and heart attacks.

The ash cloud finally rose to 16 miles high, and within a period of 15 days, had spread out all over the atmosphere of the Earth.

The force of the eruption was enough to wipe out 229 square miles of forest area. Trunks of large trees were directly snapped near the ground, while small bushes and saplings were buried under the ash. These buried plants later recovered, and grew out of the ashes.

The mud flow of the avalanche entered Spirit Lake, raising its bottom by 295 feet, and its water level by 200 feet.

A notable effect of the 1980 eruption was the formation of a ‘crater glacier’, named the Tulutson Glacier, which is North America’s youngest and fastest-growing glacier. This horseshoe-shaped glacier is about 6,794 feet in altitude, and has ice 696 feet deep at some places.

Tree Stumps left after the Eruption

It began with a number of earthquakes in October 2004, the strongest of which was 3.2 in magnitude, and the crater spewed ash about 36,000 feet into the air.

On October 11, 2004, magma reached the crater, forming a new lava dome, which subsequently occupied 50 million cubic yards in volume. This is even taller than the Empire State Building in New York, and has restored 7% of the volume lost to the 1980 eruption.

On July 10, 2008, after a six-month lull in volcanic activity, it was finally declared that the 2004 eruption of St. Helens was over. 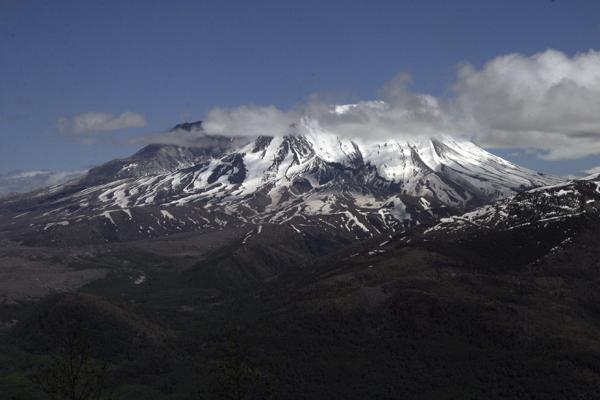 110,000 acres of land around the volcano has been set aside as the Mount Saint Helens National Volcanic Monument. Inside this monument, the environment is allowed to renew itself naturally, in response to the destruction caused by the eruptions.

Since 1995, the shrubs and saplings trapped under the volcanic mud have reclaimed the land, and the area is a thriving forest. Ants, deer mice, and beetles were the first creatures to return after the 1980 eruption, and they thoroughly turned over the soil, helping the plants grow.

Geologists at the David A. Johnston Cascades Volcano Observatory in Vancouver regularly monitor parameters of the volcano, such as seismic disturbances, gas emissions, temperature, magma movement, and elevation changes of the mountain. Several high-definition cameras―called VolcanoCams―have been installed near the crater, which stream live video feed online.

A GPS sensor installed at the site can record movements as small as one-sixteenth of an inch, and it consumes power even less than a refrigerator light bulb.

St. Helens draws around 600,000 visitors a year, and tourism is the prominent industry in this region.

Despite the relative calm in the region, geologists still regard St. Helens as the volcano which is most likely to erupt in America. In fact, some have even said that they ‘won’t be surprised’ if it erupts again within the next ten years.