Boyle's law is a very important gas law, which helps us closely understand the interrelation between the physical forces of pressure, volume, and temperature. In this article, we will look at a few examples of where this law comes into play in our daily lives. 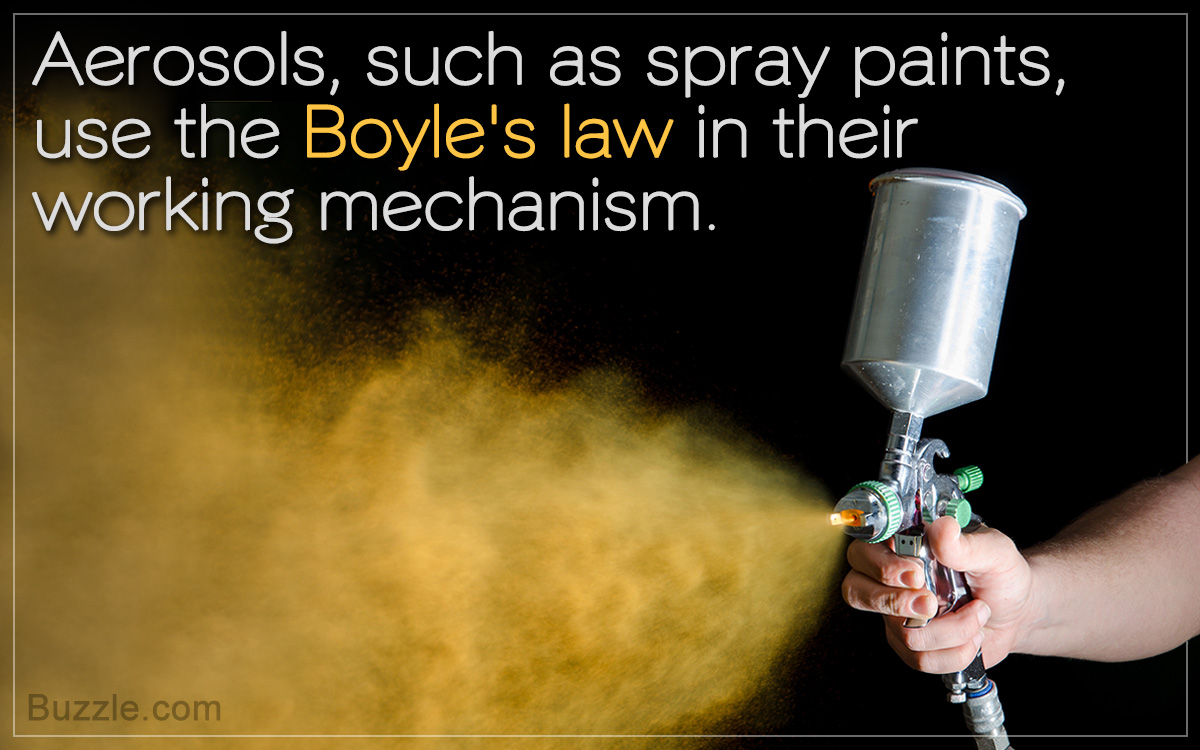 Boyle’s law is a very important gas law, which helps us closely understand the interrelation between the physical forces of pressure, volume, and temperature. In this article, we will look at a few examples of where this law comes into play in our daily lives. 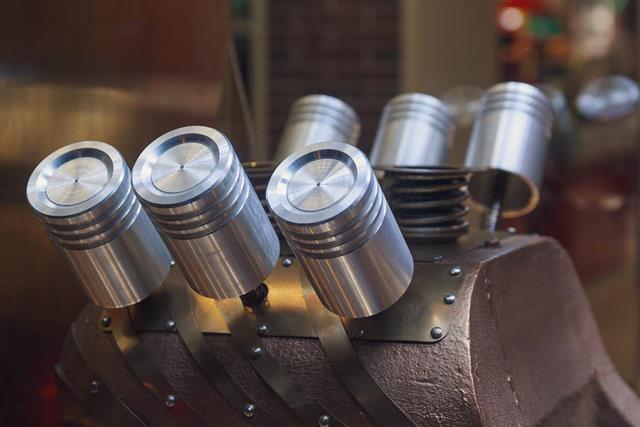 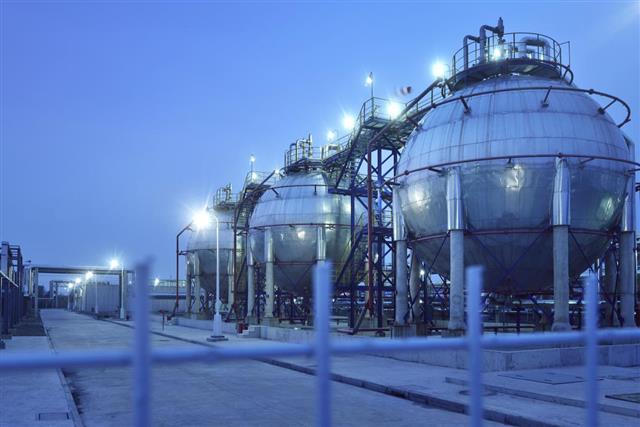 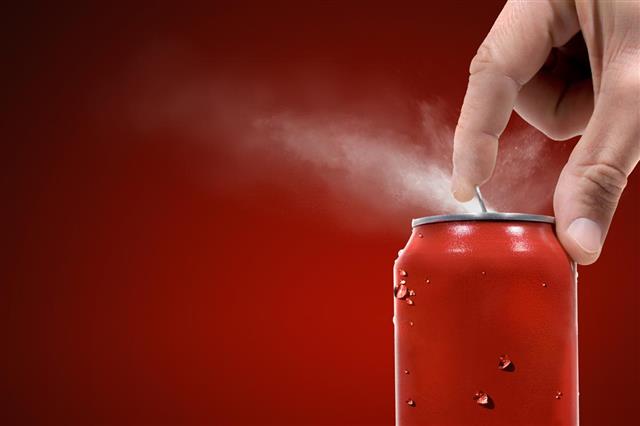 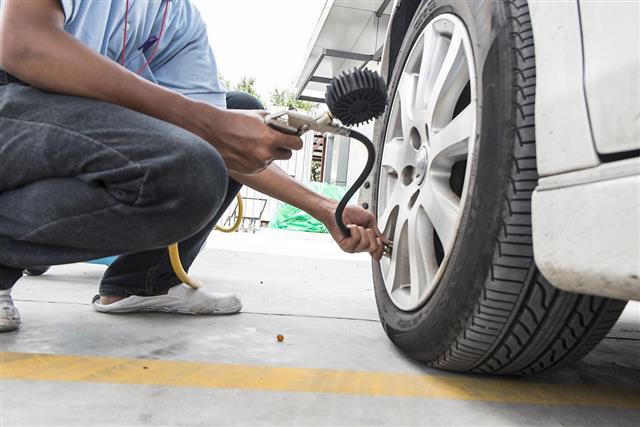 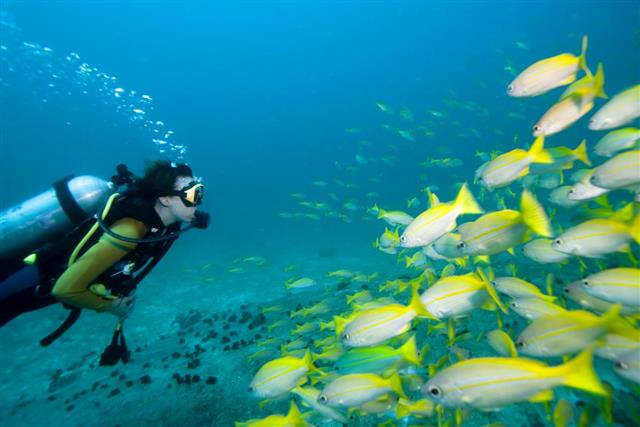 Did You Know?
When Robert Boyle started his studies and research, he had a wish list of creating 24 inventions, which included the prolongation of life, recovery of youth, art of flying, the ability to live and function under water for extended periods of time, curing wounds from a distance, transplantation of organs, attainment of gigantic proportions, transmutation of metals, etc., most of which have been fulfilled today.

In the year 1662, physicist Robert Boyle propounded the Boyle’s law, which stated that the pressure and volume of a gas were inversely proportionate when its temperature was kept constant. In other words, at a constant temperature, when the volume of a gas goes up, the pressure goes down, while the volume drops when the pressure rises. The equation of this phenomenon, V1/V2=P2/P1 (at constant temperature), where V1 is the initial volume, V2 is the modified volume, P1 is the starting pressure, and P2 is the modified pressure, is nowadays explained as Boyle’s Law, and is an important part of the ideal gas law. This law can be observed everywhere in our daily lives, in the mechanisms of several everyday objects. As such, let us look at a few examples of the Boyle’s law in real life.

Scuba Diving: It is common knowledge amongst scuba divers that, when attempting to surface out of deep waters, it is extremely essential that the ascent has to be very slow. This is because, as a diver moves deeper underwater, the pressure on the body begins to increase. Due to this, the volume of nitrogen gas decreases and gets concentrated in the bloodstream. When the diver starts his return journey to the surface, the pressure reduces, and the nitrogen bubbles in the body begin to expand and return to their normal volume. If the diver does not ascend slowly, or use a depressurization chamber, the nitrogen bubbles will return to their normal volume too fast, and the blood will turn foamy. This often causes blood vessels, bladders, cells, and membranes to rupture, and cause the spaces between the divers joints to expand, causing the diver to bend over and experience excruciating pain. This is why deep-water fish die when they are brought to the surface. As you can see, it is important to regulate the volume of nitrogen, according to Boyle’s law, by adjusting the pressure.

You can also easily see this law in action if you look at the air bubbles that are blown out by a diver. The bubbles tend to expand in size as they rise upward, due to the reducing pressure.

Vehicle Tires: While filling air in the tire of a vehicle, you will notice that the air pressure is kept to around 30 – 35 PSI (pound force per square inch). As you push air into the tire, the increasing pressure reduces the volume of the air molecules by packing them together. The pressure in the pump has to always be higher than that which is inside the tire in order for more air to be pushed in. As the air temperature is more or less constant in that period of time, you can see a real live example of the Boyle’s law occurring in front of you.

Soda Cans/Bottles: You may have noticed that whenever a person opens a can or bottle of soda, the cap or the lid is opened slowly, allowing the gas inside to escape at a controlled rate. This is because, opening the bottle too fast causes the drink to fizz excessively and spill out of the bottle. The carbonation process of soda involves pushing in CO2 through great pressure inside the water, reducing its volume, and pushing it into a small confined space. So when the cap is opened slowly, the pressure on the gas in the soda reduces, and is allowed to gradually expand and escape from the bottle, producing fizz. However, when a soda can or bottle is shaken, the extra gas at the top of the bottle is mixed with the liquid. When the cap is taken off, the gas bubbles rapidly expand altogether while still in the liquid, and as the gas tries to escape the bottle, it pushes the liquid along with it, causing a messy spill.

If someone buys a fully puffed up bag of chips from a store on the top of a mountain, the pack of chips is likely to explode or leak out the gas once the person reaches the bottom of the mountain. This happens because the air pressure at the top of the mountain is lower than at its base, which allows the gas to expand in volume and explode.

Aerosols: In aerosols such as spray paints or deodorants, there are usually two components inside the can, i.e., the primary liquid product such as paint or perfume, and a gas which is sealed and kept in a highly pressurized state so that it is kept at a liquid state even at its boiling point, which is usually below room temperature. When you push the nozzle of the aerosol can down, the seal on the liquid gas is opened, reducing the pressure, and giving it an escape route. The gas instantly starts to boil, changing into a gas of increasing volume, and pushing the perfume or paint out of the can in its efforts to move into an area with lesser pressure. This same principle can be seen in fire extinguishers too.

Syringes: When the plunger of a syringe is pulled back out, it causes the volume of the gas inside it to increase due to the reduction of pressure. This creates a vacuum in the syringe, which is constantly trying to adjust the pressure back to normal. However, since the only substance available, such as the blood or medication, is on the other side of the needle, this liquid is sucked into the vacuum, increasing the pressure and decreasing the volume of the gas. When we push the plunger back down, the pressure again increases, lowering the volume inside the syringe, and pushing the fluid out.

Respiration: Boyle’s law is essential for the human breathing process. As the muscles of the diaphragm contract, the decreased pressure causes the volume of the thoracic cavity to expand as you breathe in. When you breathe out, the volume of the thoracic cavity goes down, increasing the pressure on the lungs, and pushing air out. Thus, our very lives are dependent on Boyle’s law.

Application of Boyle’s Law in Industries

Storage of Gases: Many industries store gases under high pressure. This allows the gas to be stored at a low volume, saving plenty of storage space. This is commonly seen in compressed natural gas plants.

Usage of Internal Combustion Engines: Many industries use such engines in their factories for production purposes. When the power of such an engine is increased, fuel is mixed with air and is compressed by the pistons of the engine. When the fuel-air mixture is under high pressure, it is ignited, and the sudden reduction in pressure increases the volume of the air, pushing the piston into the cylinder. This process repeats continuously, creating energy for the machine’s operation.

As you can see, Boyle’s law has immense practical uses in the real world, apart from the theoretical studies of ideal and real gases, and still forms a crucial part of research that has anything to do with gases. 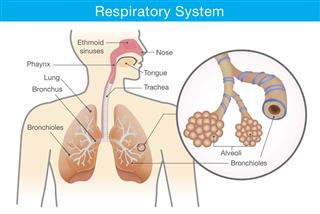 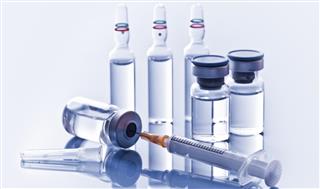 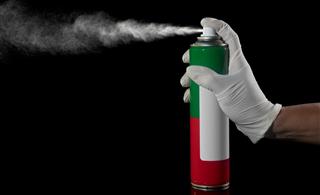 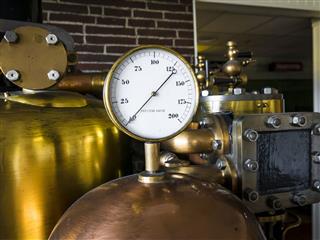