Curie temperature or Curie point is the temperature at which a magnetic material tends to lose its permanent magnetism. Let us take a look at the topic in detail. 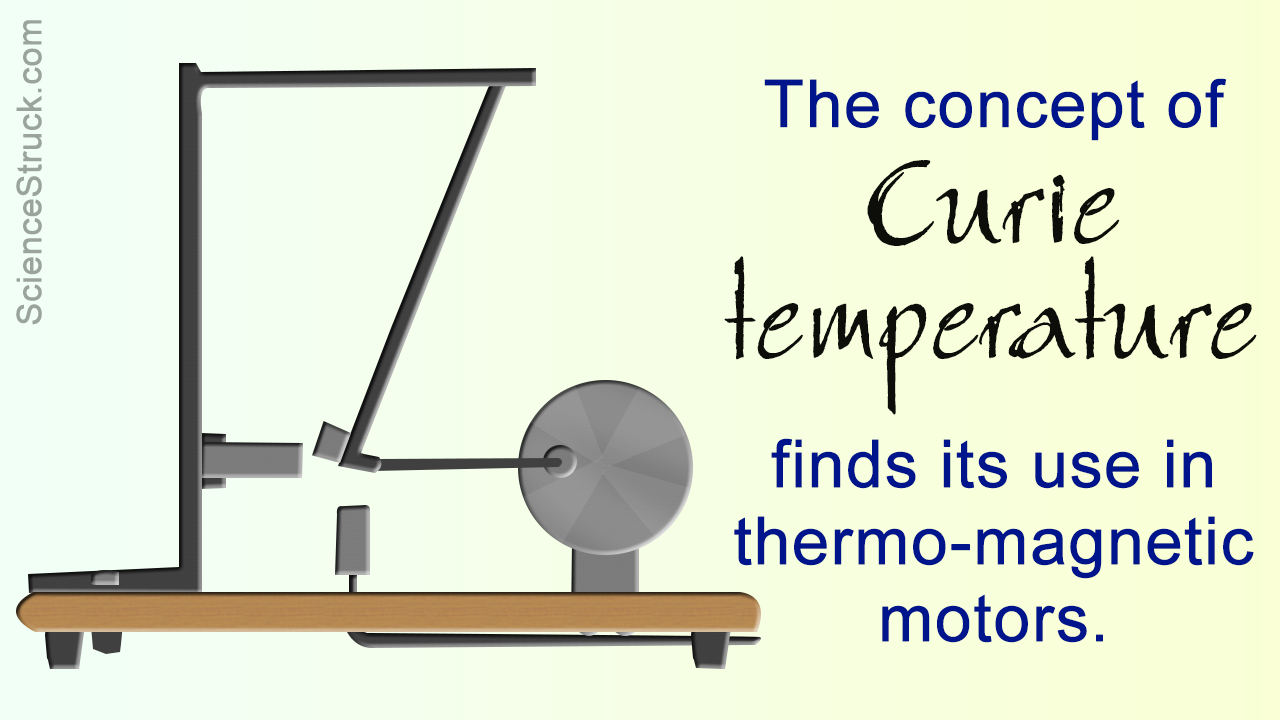 Curie temperature or Curie point is the temperature at which a magnetic material tends to lose its permanent magnetism. Let us take a look at the topic in detail.

The relationship between magnetization of a substance and the temperature is given by Curie’s law. According to Curie’s Law,

where M is the magnetization
B is the magnetic field, (in teslas)
T is the absolute temperature (in Kelvins)
C is a material specific Curie constant

The effect of temperature on magnets is known to change their strength. Let us find out the Curie point for some of the known varieties of magnets.

The concept of Curie temperature finds its use in thermo-magnetic motors. The principle behind these motors is that the material is heated above its Curie point and then it is allowed to cool down. Its also finds its use in the study of various magnetic heat engines and geology. In geology, it refers to the temperature at which a magnetic mineral crystal melts to lose the polarity of its magnetism.