Conservation of Momentum Explained in Detail

What is the conservation of momentum? How is it represented in the form of an equation? Read to get all the answers.

What is the conservation of momentum? How is it represented in the form of an equation? Read to get all the answers. 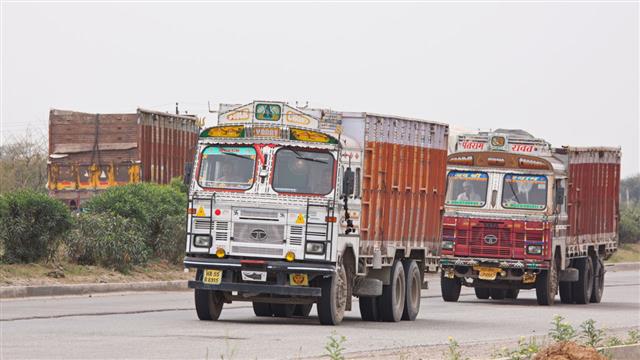 One of the most fundamental physics concepts is the conservation of momentum. If you have just taken up your first basic physics course, you are bound to come across this principle, while studying theory. In this article, you will find this equation explained and learn how this principle affects motion around us. Whatever is stated here, is in the context of non-relativistic (Newtonian) mechanics.

Momentum of a particle or a body is the product of its velocity and mass. Momentum is a vector quantity as it is a product of a scalar (mass) and a vector (momentum). Its formula is as follows:

Where M is mass and V is the velocity of the particle. The SI unit of momentum is ‘Kg.m/s’.

The principle of conservation of momentum states that ‘In any closed system, with no external forces acting, the total momentum of the system does not change.‘ This could be alternatively stated as ‘The vector sum of all momenta, in a closed system, unaffected by external forces, is zero.’ The principle is a consequence of Newton’s first law of motion. When two bodies in an isolated system collide, their total momentum before collision is equal to their total momentum after collision. This can be stated as:

The equation is stated as follows. For a collision between two particles in an isolated system, the total momentum before and after collision is constant.

Examples of conservation of linear momentum abound in everyday life. Wherever there is collision, the conservation principle is at work. For example, when a baseball collides with the bat, the sum of the initial momenta and sum of the final momenta of bat and ball, remain the same. Whatever momentum the bat loses, the baseball gains.

When a bullet is shot from a gun, the gun recoils so that sum of bullet’s momentum and the gun’s momentum in the opposite direction, cancel out and the final momentum and initial momentum of the system is equalized. One simple device that explains this principle is ‘Newton’s Cradle’. It consists of individually hung beads stacked against each other. If you dislodge one bead from one side and release it, it collides with rest of the beads and dislodges one bead from the other side to conserve momentum.

As you go on studying physics, you will realize that physics is replete with conservation principles that dictate the dynamics of the world. One other such principle is the conservation of mechanical energy. There is an inherent order and balance maintained in our world due to these principles.