These Accomplishments of Isaac Newton Will Simply Blow You Away 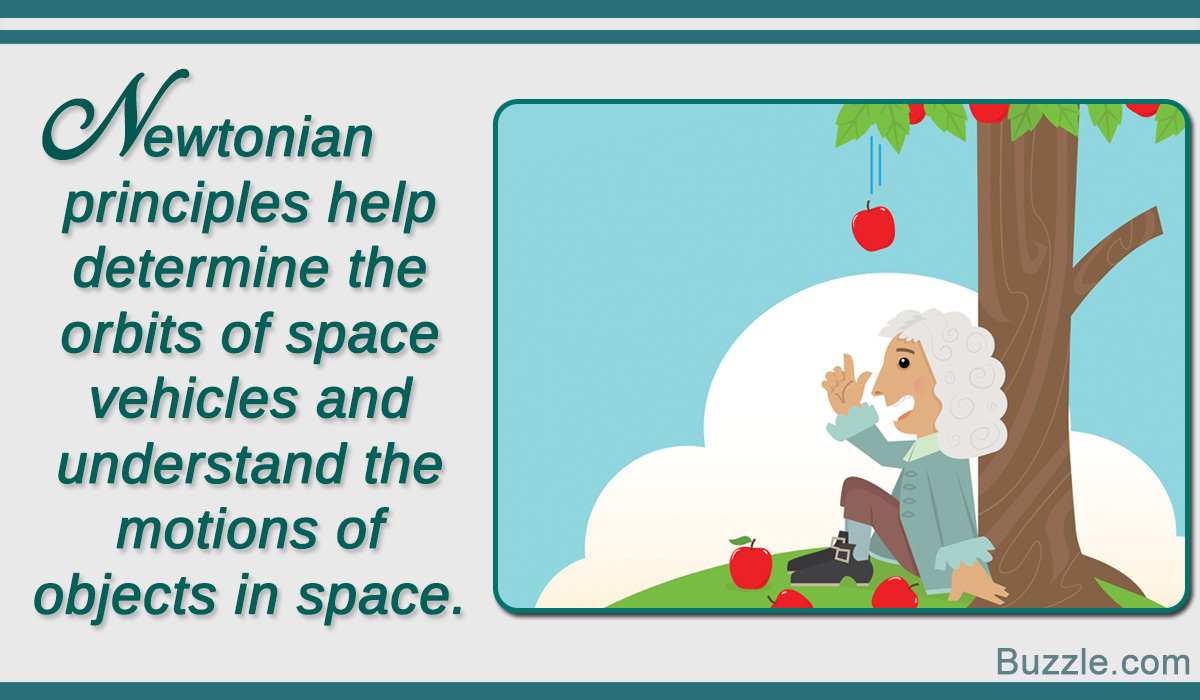 Isaac Newton was one of the most important figures in the field of science. We owe our understanding of the universe to his scientific discoveries. This ScienceStruck article tells you about the accomplishments of Isaac Newton.

Mathematical Principles of Natural Philosophy (published as Philosophiæ Naturalis Principia Mathematica in Latin, in 1687) and Opticks, published in English, in 1704, both authored by Isaac Newton are two of his greatest contributions to scientific literature.

Born on January 4, 1643, Isaac Newton was an English physicist, mathematician, and astronomer. He was also a natural philosopher and alchemist. He was a student of The King’s School, Grantham. He dropped out from school and was later admitted to the Trinity College, Cambridge. His work in science and mechanics made him one of the most influential figures in history. He died on March 31, 1727, leaving behind a legacy of his brilliant discoveries. Let us look at the major accomplishments of Sir Isaac Newton.

The Newton’s Laws of Motion became the founding principle of mechanics and enlightened the masses about the relationships between force and motion.

He published his works in the Philosophiae Naturalis Principia Mathematica in 1687. This book is regarded as one of the most significant literary works in science. It earned Newton international acclaim. 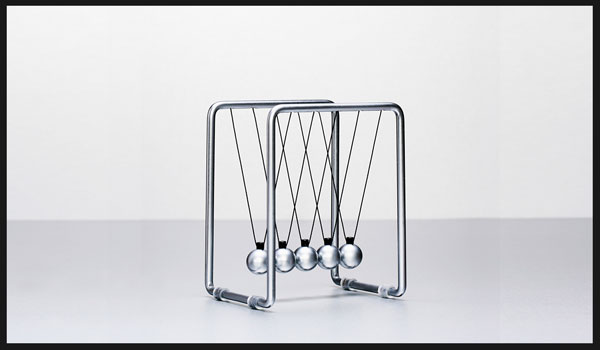 The law of conservation of momentum can be demonstrated using a device known as the Newton’s cradle. It consists of same-sized metal balls suspended in a frame such that they touch each other. When a sphere at one end is lifted and released, it causes the sphere at the other end to be pushed upward, because of the transmission of force through the stationary spheres to the last one, causing it to move. 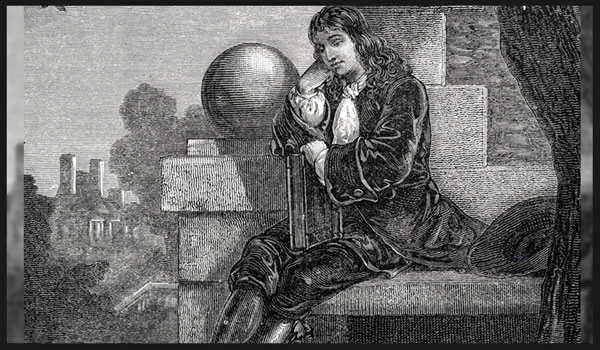 We all know of the story of Newton sitting under an apple tree and an apple falling on his head. It led him to discover gravitational force. It was Newton who showed that the gravitational force on an object varies inversely with the square of its distance from Earth.

His theory led to the calculation of the orbital period of the Moon.

By establishing the close relationship between the Kepler’s laws of planetary motion and his gravitational theory, Newton proclaimed that the same natural laws are responsible for the motion of the Earth and other celestial bodies.

Newton’s principles that were a part of Principia, laid the foundation of Classical Mechanics.

In 1665, Isaac Newton invented the generalized binomial theorem and started working on the development of a mathematical theory, which went on to become the infinitesimal calculus, a very important branch of mathematics.

Newton’s identities, which are used to find the relationship between power sums and elementary symmetric polynomials and the Newton’s method that is used for finding successive approximations of a real-valued function, were some of his other important contributions to mathematics.

The first successful use of the power series in polynomial theory is attributed to Newton. He also devised a new formula to calculate Pi. 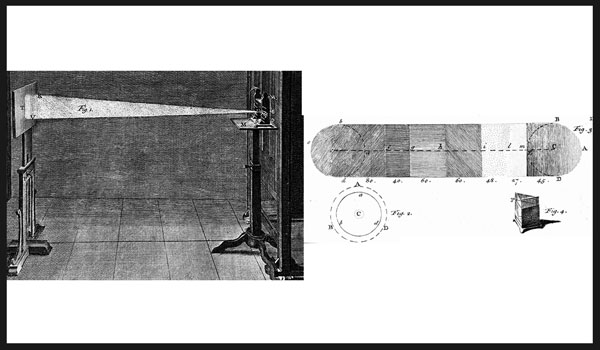 During the initial years of the 1670s, Newton worked in the field of optics. His work led to the discovery that a prism can decompose white light into a spectrum of colors. He was successful in demonstrating that a combination of a lens and a prism could recompose a spectrum of colors into white light. He discovered that color is an outcome of objects reflecting light. This discovery became famous by the name, ‘Newton’s Theory of Color’. 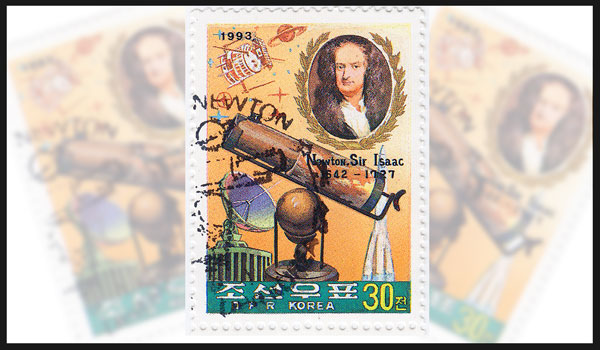 Newton is famed for the invention of the reflecting telescope. It was completed in 1668 and its design was simple. It was cost-effective and portable. He thought this devise would be useful in proving that white light was composed of a spectrum of colors.

The mirror he used in the telescope was spherical in shape, which could correct chromatic aberration. He added a secondary mirror which was diagonally mounted near the focus of the primary mirror. This allowed the image to be reflected at a right angle to the eyepiece. This was the most notable addition that Newton made to his telescope design. It enabled viewing of the image with less obstruction.

He invented ways to shape and grind the mirror and is believed to have been the first to use a pitch lap to polish its surface.

Newton published Opticks in 1704. The book discusses the nature of light and explains optical phenomena such as dispersion, reflection, selective absorption, bending of light when passing from one medium to another, spectrum formation, and transmission of the different components of light.

This book refuted the belief that pure light was white or colorless. The book ends with a set of Queries which are in the form of rhetorical questions on many different subjects like heat transmission, cause of gravity, chemical and electrical phenomena, and even on how God created matter. Opticks is considered to be one of the greatest scientific works of all time.

Newton’s laws of motion explain the various factors responsible for setting a body in motion. The understanding of these laws helps researchers gauge the performance of space vehicles.

The first law talks about how an object can be set in motion only with the application of an external unbalanced force. This understanding is essential for propelling a rocket into space and maintaining its speed during travel.

The understanding of Newton’s law of gravitation is of importance in spaceflights. The speed and direction of motion of a spacecraft is governed by the forces of gravity acting on it, when it comes close to a source of gravitational force such as a planet.

The second law of motion describes force as a product of mass and acceleration. It is of use in understanding how the speed of a space vehicle is affected by its mass and the external forces acting on it.

The principle with which rockets are propelled is an excellent example of Newton’s third law of motion.

Thus, we see that Newtonian principles help in determining the orbits of space vehicles. They have helped man understand the motions of objects in space, and thus paved the way for space research.

Newton was a follower of the Bible. Most of his library collection consisted of philosophical works and Biblical scriptures. He believed that he was one of those chosen by God to understand and interpret the Bible.

In Principia, he has written, “This most beautiful system of the sun, planets, and comets, could only proceed from the counsel and dominion of an intelligent and powerful Being…”. From his writings, it is evident that he believed in the existence of a Supreme power that is the Maker of all things. He has said, “Since every particle of space is always, and every indivisible moment of duration is every where, certainly the Maker and Lord of all things cannot be never and no where…”. 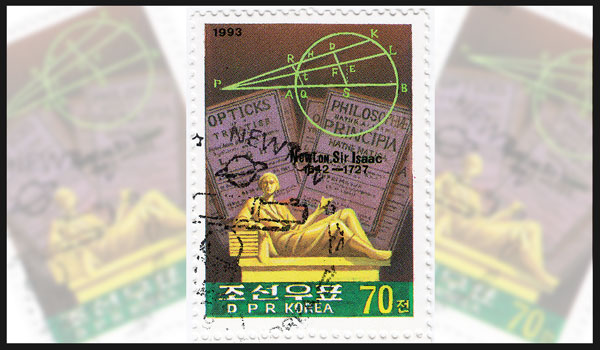 Newton studied the Bible and explored subjects like alchemy. Economist John Keynes called him ‘the last of the magicians’. It is believed that Newton’s alchemical works got burned during a fire in his laboratory, due to which very less is known about his study of the subject.

It is said that he left much of his work on alchemy unpublished out of the fear of being penalized by the governing body or criticized by his peers. During the time, alchemy was banned in England, and practitioners were severely punished.

The Chronology of Ancient Kingdoms is one of Newton’s famous works in Chronology. It was published in 1728. The book tries to prove that Solomon was the first king and his Temple was the first temple ever built. This work also includes descriptions of the mythical land of Atlantis.

In 2003, there were stories of his unpublished writings that indicated his belief in the prophecy that the world would end after 2060. It is unclear whether he referred to the physical destruction of the world or to a major transition. He may have meant that the world would change to become peace-inspired.

During the later years of his life, Newton was the President of the Royal Society and was associated with the French Academie des Sciences, a learned society established with the aim of promoting French scientific research.

In 1696, Newton held the position of Warden of the Royal Mint. It is a body that is allowed to manufacture coins in the United Kingdom. As Warden of the Mint, Newton was in charge of investigating counterfeiting cases. In 1699, he was made Master of the Mint, a position he held for the rest of his life.

On April 16, 1705, Queen Anne knighted Isaac Newton. Though the knighthood was given to acknowledge his contribution to science, the political intentions behind this act cannot be overlooked. His knighthood earned him the title Sir.

Newton was elected as Fellow of the Royal Society of London in 1671 and became its president in 1703, a position he held until death. His reflecting telescope design made way for his admission to the Royal Society.

Isaac Newton helped us understand that there is order in nature. His theories and discoveries enabled us to understand the universe better. He tops the list of the most influential scientists in human history and is commemorated for his revolutionary discoveries in the fields of mathematics and science.